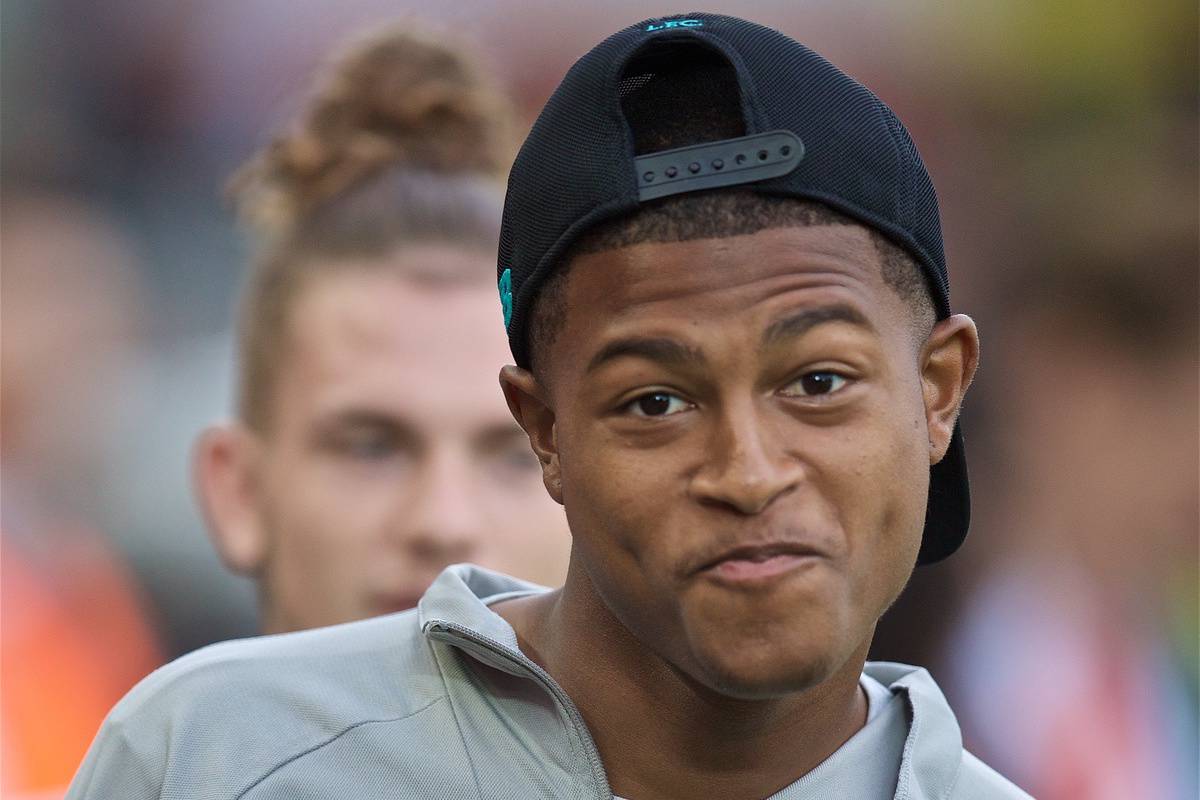 Liverpool striker Rhian Brewster has received his first call-up to the England under-21s squad, despite having only played once for the under-18s in the past.

Brewster is yet to make his competitive debut for the Reds, but has been involved with the first-team setup since his return from long-term ankle and knee injuries this year.

The 19-year-old already has winner’s medals from the Champions League and UEFA Super Cup, though his ambition will be to earn these on the pitch, and not as part of the extended squad.

Jurgen Klopp is expected to utilise Brewster as the season progresses—likely starting with the League Cup third-round tie at MK Dons on September 25—but for now he has been turning out for the Liverpool under-23s.

Given his age, this is already a strong position for the ex-Chelsea youngster to find himself in, and this was reflected as he was named in the England U21s squad to play Turkey and Kosovo next month.

Aidy Boothroyd has retained just four players from the unsuccessful Euro 2019 campaign over the summer, with Phil Foden, Tom Davies, Morgan Gibbs-White and Reiss Nelson still eligible to feature for the next qualifiers.

Brewster is therefore part of a much-changed group, along with the likes of Max Aarons, Todd Cantwell, Dwight McNeil and Mason Greenwood.

The Reds youth will be vying for a starting role with Greenwood, along with Arsenal youngster Eddie Nketiah, who is on loan with Leeds United this season.

Speaking after he named Joe Gomez, Trent Alexander-Arnold, Jordan Henderson and Alex Oxlade-Chamberlain in his senior squad for Euro 2020 qualifiers against Bulgaria and Kosovo next month, Gareth Southgate warned the U21s is not a guaranteed pathway to the Three Lions setup.

“That’s the message for everybody. They won’t get in just because they’re young,” he explained.

“I felt some of the young ones in the summer were kind of: ‘Well, we’re done with the under-21s now and the next step is the seniors’, because that’s what happened last time.

“That’s not what happens. They’ve got to play well and it’s going to be harder to get in.”

Brewster only made one appearance for the England U18s, in a 0-0 draw with Brazil in 2017, but was part of the under-17s side which won the World Cup that year, winning the Golden Boot in India.