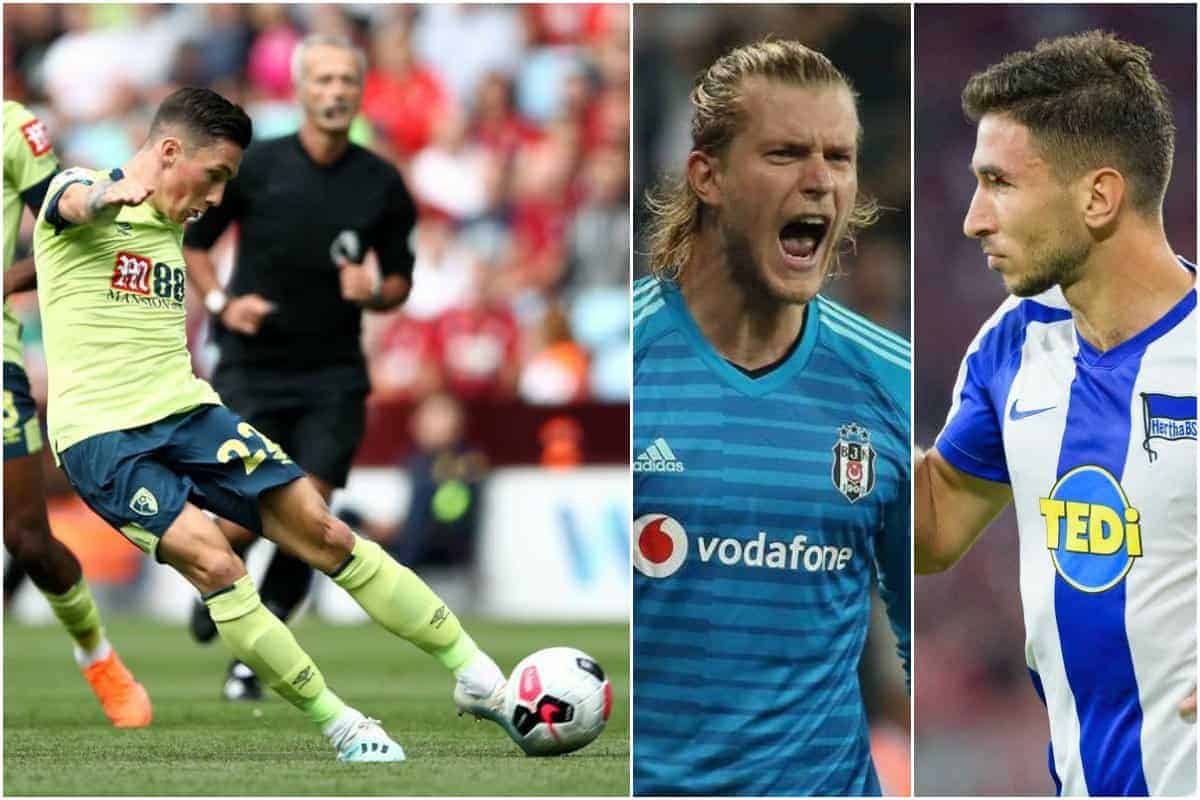 Harry Wilson will be aiming to build on a successful Premier League debut for Bournemouth last weekend, with the Cherries hosting Man City on Sunday.

Wilson made the surprise loan switch to Dean Court at the end of the summer transfer window, and had to wait until the second game of the season for his debut.

It proved one to remember, as the Wales international swiftly made his mark on the English top flight with a trademark long-range strike which ultimately decided a 2-1 victory over Aston Villa.

The 22-year-old is likely to keep his place on the right flank this weekend as Bournemouth take on City, and Liverpool will be hoping he can help their cause with another influential display.

Still harbouring ambitions of becoming Reds player on a long-term basis, another goalscoring return from Wilson could provide their title rivals with a second setback in as many weekends.

Earlier in the weekend, on Friday night, Loris Karius could make his return for Besiktas following a calf injury.

The goalkeeper missed the 3-0 loss to Sivasspor which opened the Super Lig campaign, but has reported back for training this week.

Though it is unclear whether he will be considered to feature, Abdullah Avci will no doubt be eager to reinstate the Liverpool loanee after his stand-in Utku Yuvakuran shipped three goals in Sivas.

Marko Grujic picked up a black eye for his troubles has he scored the second goal in Hertha Berlin’s 2-2 draw with Bayern Munich last weekend, but should be in contention for their home clash with Wolfsburg on Sunday.

The 23-year-old has retained his key role at the Olympiastadion despite a change in manager, and though he conceded a penalty with a rash challenge last weekend, will be retained if possible.

Wolfsburg began the Bundesliga season with a 2-1 win at home to FC Koln, but Hertha will be desperate for three points this time out against a side which finished five places above them in 2018/19.

Elsewhere over the weekend, Liam Millar will look to continue his encouraging form as Kilmarnock take on Aberdeen, and Ovie Ejaria and Kamil Grabara face off as Reading visit Huddersfield.

Rhys Williams should keep his ever-present status as Kidderminster Harriers take on Chester, with the 18-year-old one of the Reds’ low-key ones to watch this campaign.