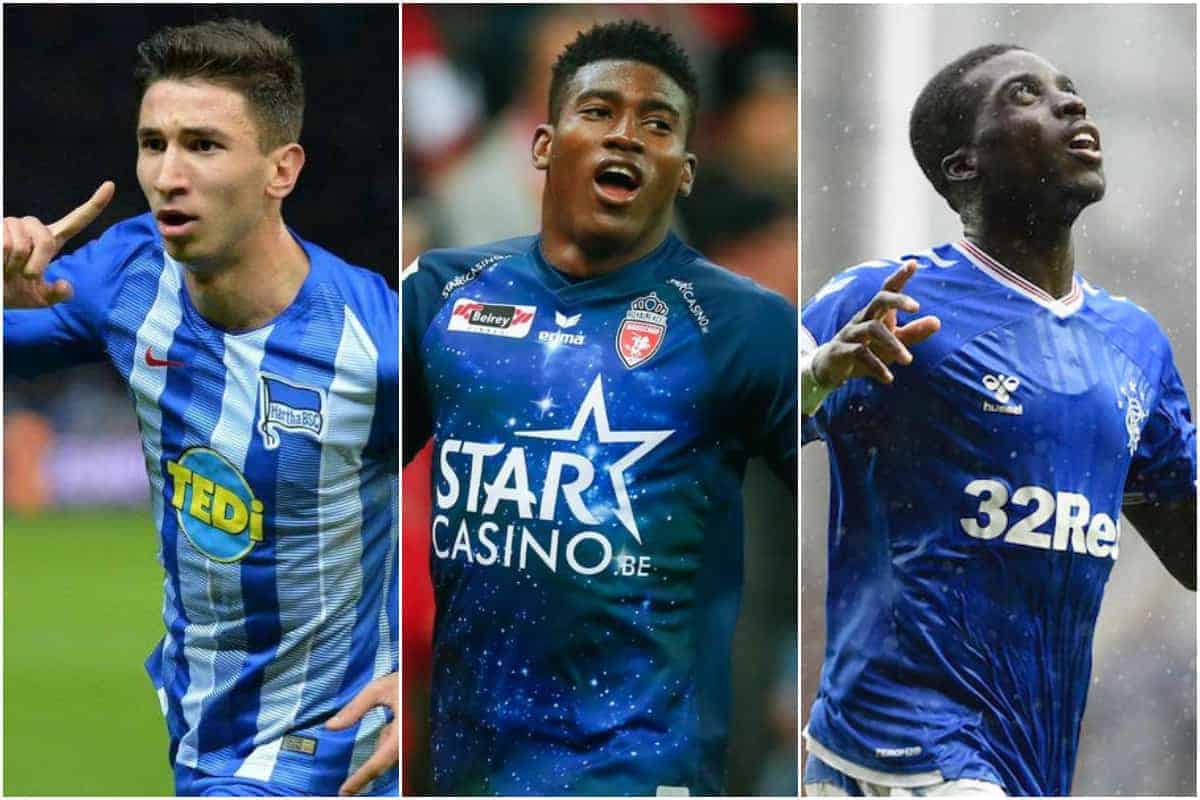 Liverpool’s loan staff will be keenly focused on Germany this weekend, with three players expected to make their league debuts after exciting moves this summer.

The Reds currently have 12 players out on temporary deals, and behind only England (five), Germany is the most common destination for the club’s loanees.

Marko Grujic is the most high-profile talent preparing for the start of the Bundesliga campaign, with the midfielder in his second season with Hertha Berlin.

The Serbian played the full 90 minutes in last weekend’s 5-1 win at Eichstatt in the first round of the DFB-Pokal, but the big challenge comes on Friday night at Bayern Munich.

Elsewhere, Taiwo Awoniyi can hope to make his debut for Jurgen Klopp‘s old side Mainz on Saturday afternoon, when they head to Freiburg.

Awoniyi has top-flight experience in Belgium and the Netherlands to his name, but will need to make another step up to prove himself if he is to lead the line for the 05ers.

Nat Phillips came off the bench in Stuttgart’s DFB-Pokal victory over Hansa on Monday, and will hope to earn his first start as they begin their push for immediate promotion back to the Bundesliga.

The 22-year-old is vying for a spot with the experienced Holger Badstuber, but there is clearly faith in him at the Mercedes-Benz Arena.

Back in England, Harry Wilson is battling for a place in the Bournemouth side, having failed to make an appearance off the bench in their Premier League opener at home to Sheffield United last weekend.

Brought in as a replacement for the injury David Brooks, it seems only a matter of time before Eddie Howe opts for the Welsh winger, and his bow could come at Aston Villa on Saturday.

Across the border, the Scottish League Cup continues this weekend and both Sheyi Ojo and Liam Millar could be in action.

Rangers head to East Fife three days after their Europa League decider at home to FC Midtjylland, and after Ojo scored one and assisted two at Ibrox on Thursday night, Steven Gerrard will be asking for more of the same.

Millar made his second debut for Kilmarnock in their 2-0 loss to Hamilton last Saturday, but will hope to keep his place and make a bigger impression against the same side in a knockout scenario.

It is set to be a busy few days for the Reds’ loanees elsewhere, too, with Kamil Grabara looking for his first clean sheet as Huddersfield host Fulham and Ben Woodburn aiming to put a shocking miss behind him as Oxford United visit Blackpool.

There will even be action as far down the ladder as National League, with Rhys Williams scoring his first goal for Kidderminster Harriers last weekend.

And after a chastening 3-2 loss to Gloucester on Tuesday night, the 18-year-old will be desperate to help his side return to winning ways as they travel to Curzon Ashton.