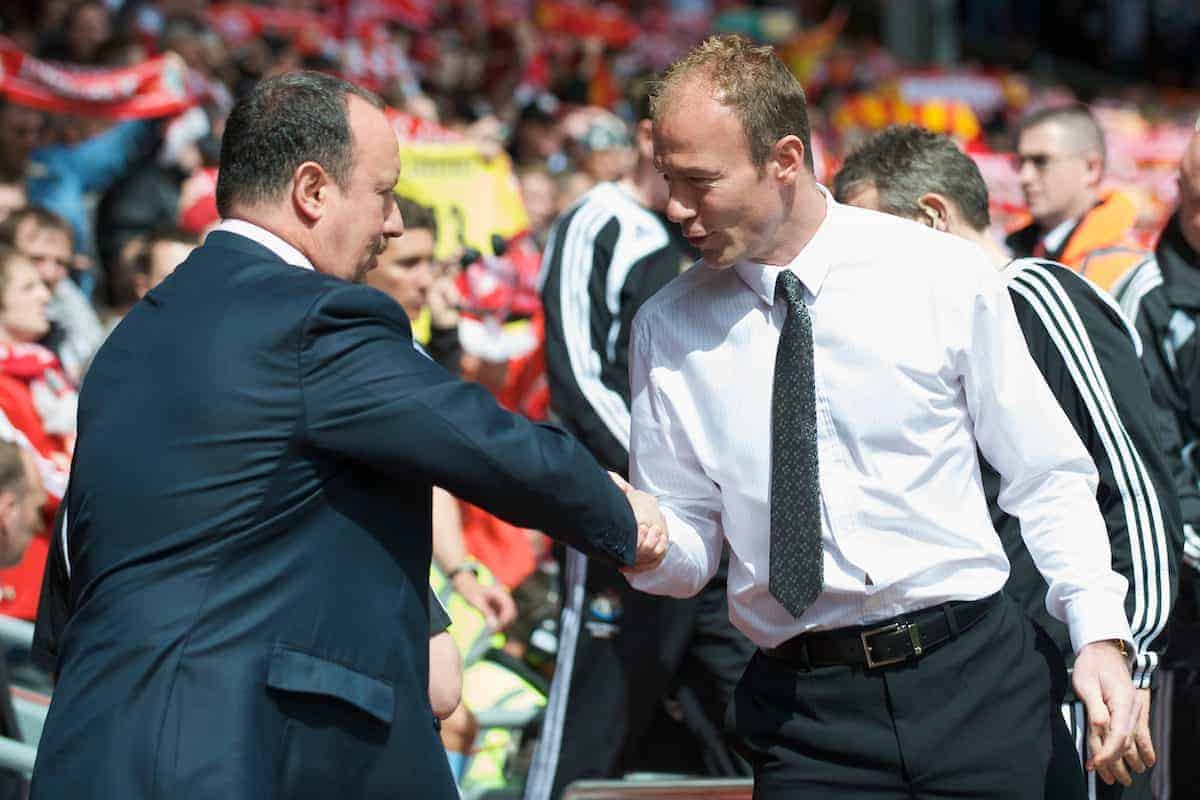 Michael Owen has claimed Liverpool almost signed Alan Shearer back in the 2000s, as the pair embarked in a surprising Twitter feud on Tuesday.

Owen and Shearer were highly successful international colleagues, leading the line for England during the late 1990s and in 2000, prior to the latter’s retirement at that level.

They were then reunited in the summer of 2005, when Owen joined Newcastle from Real Madrid, having been strongly linked with a return to Anfield.

Although on the face of it the pair always got along well, developments on Tuesday reveal there is more to their relationship than meets the eye.

Shearer was the instigator on Twitter, criticising Owen in response to a quote from his imminent new book, in which he says “I don’t need to justify myself to f*****g Newcastle fans.”

Yes Michael, we thought that also, whilst on £120k a week….. @nufc https://t.co/bzzEDdjdN1 pic.twitter.com/I4CdsQcKKr

“Not sure you are as loyal to Newcastle as you make out mate.

“I distinctly remember you being inches away from signing for Liverpool after Sir Bobby Robson put you on the bench.

“You tried everything to get out.”

It is revelation that has come from nowhere, with Shearer rarely linked with a move to Liverpool during the Premier League era.

He was tipped to join Man United regularly, particularly before he traded Blackburn Rovers for Newcastle in 1996, but hardly ever the Reds.

Considering Owen mentions Sir Bobby Robson in his tweet, this suggests that Shearer’s potential move took place between 1999 and 2004, when the legendary former England boss was in charge at St James’ Park.

Gerard Houllier was Liverpool manager at the time, during a period when Owen was at his peak, often accompanied in attack by the likes of Emile Heskey, Robbie Fowler and Milan Baros, depending on the year.

Although Shearer was around 30 at that point, he remained a prolific Premier League striker until his retirement in 2006, and is still the competition’s all-time top scorer with 260 goals.

He and Owen could have wreaked havoc for a few years, but it wasn’t meant to be.

Owen’s new book Reboot is set for release on Thursday, and it is already making plenty of headlines because of its forthright nature, not least because Shearer is again mentioned in a negative light.

Who knew ex-pros could be so incendiary when there’s a book to sell?