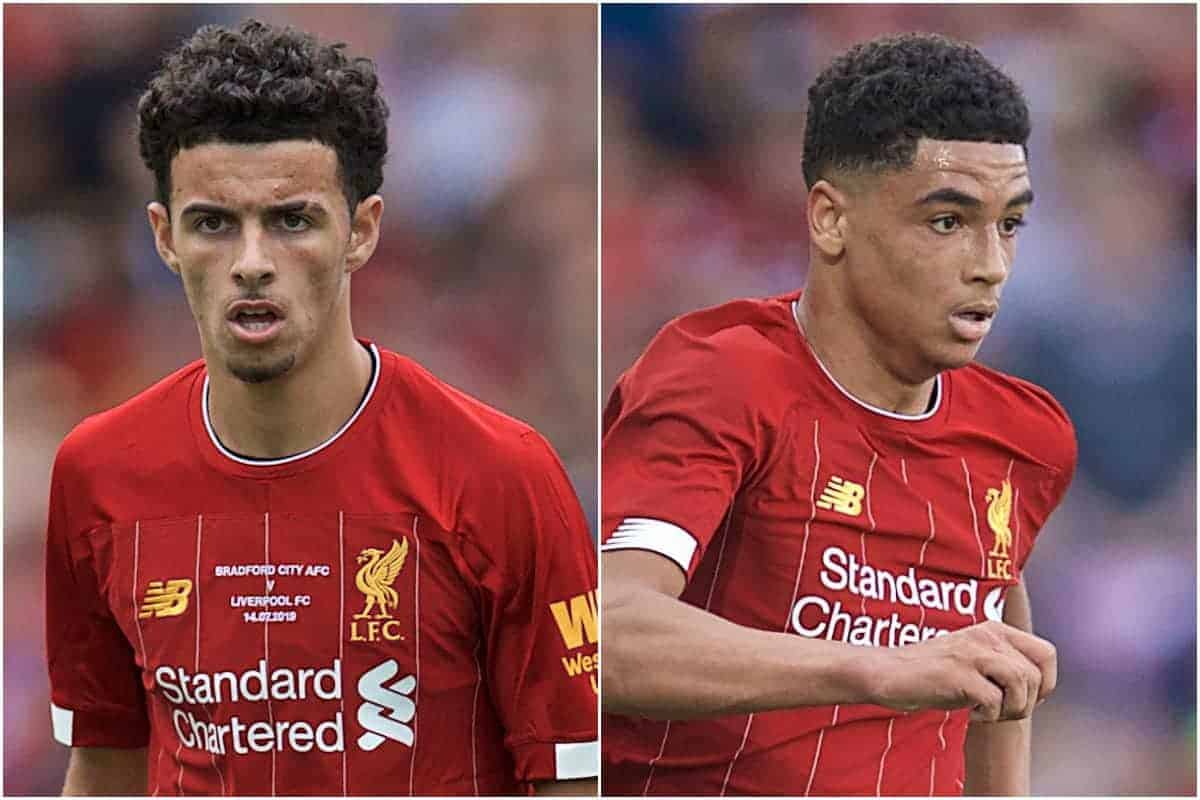 Curtis Jones and Ki-Jana Hoever helped their national teams to victories on Thursday, as the September international break began positively for Liverpool.

The Reds have 32 players on international duty this month, including 17 from Jurgen Klopp‘s first-team squad.

While the majority of the senior sides are in action over the weekend, the break kicked off for the likes of Jones, Hoever and Taiwo Awoniyi on Thursday.

The day began with Jones and Rhys Williams both on the bench as the England under-19s took on Greece at St George’s Park, in the first of two friendlies this month.

The young Lions were 2-1 up before the hour mark, with goals from Daniel Adshead and Ryan Edmondson securing the lead after Vrakas Georgios’ deflected opener on four minutes.

Paul Simpson then sent on Jones in a triple change, with the Liverpool under-23s captain taking over from Edmondson, while Arsenal‘s Tyreece John-Jules and Bukayo Saka also came on.

Saka was bundled over for a penalty in the 74th minute, and Thomas Doyle stepped up to fire home for a 3-1 win in a game that saw Kidderminster Harriers loanee Williams remain an unused substitute.

Over in the Netherlands, Peter van der Veen’s under-18s played their first game of a four-nation friendly tournament in Harkema, taking on Denmark.

Hoever started at right-back, but despite a bright start from the Dutch, their visitors were 1-0 up before the half-hour as Mads Kristian Hansen caught Calvin Raatsie off his line, lobbing the goalkeeper to capitalise on a quick counter.

Goals from Melayro Bogarde and Naci Unuvar eventually sealed a deserved comeback win, with Hoever brought off on 74 minutes, possibly with an eye on starting against the United States on Saturday.

Elsewhere, Awoniyi started for the Nigeria under-23s as they took on Sudan in the first leg of their 2019 Africa U23 Cup of Nations qualifier in Omdurman.

The 22-year-old, on loan at Mainz this season, went close to breaking the deadlock in the opening quarter-hour, and was denied a penalty shout on 38 minutes as the Olympic Eagles pushed for a goal.

But Walaa Eldin Musa netted for the hosts to seal a 1-0 win for Sudan which leaves Nigeria needing to produce a big performance in the return clash in Asaba next week.

Awoniyi played the full 90 minutes, and will be eager to add to this with another start having yet to feature prominently for Mainz since making the switch in August.

Matteo Ritaccio was also in action on Thursday as the United States under-20s won 2-1 against the Zagreb Football Federation, who replaced Croatia as their opponents in Slovenia.

Allan Rodrigues was an unused substitute as the Brazil under-23s prepared for the 2020 Olympics with a 2-0 victory over Colombia in the early hours of Friday morning.