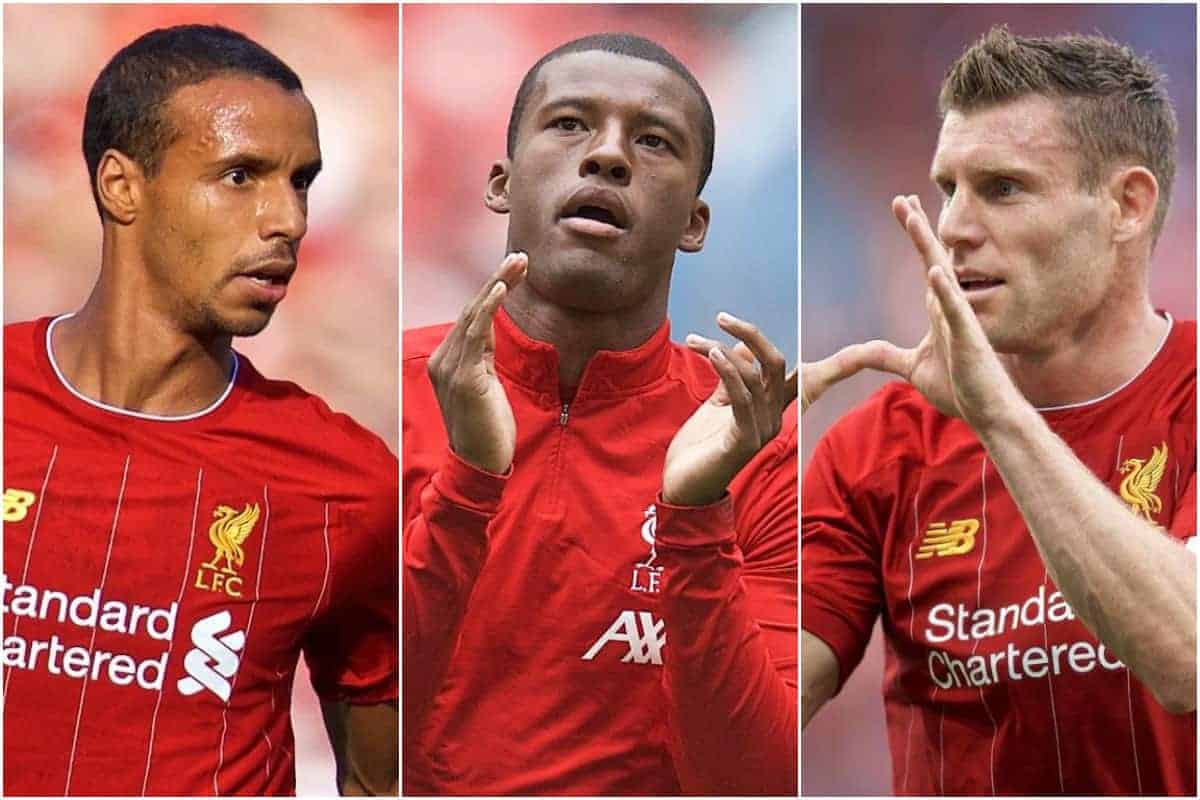 Liverpool are set for talks with Joel Matip, Gini Wijnaldum and James Milner over contract extensions, and while all three are likely to sign, two could be “tricky.”

The Reds have conducted excellent business in terms of new deals over the past year-and-a-half.

Retaining the core of Jurgen Klopp‘s squad has been crucial, and arguably more important than adding new names as a quiet transfer window proved.

The majority of Liverpool key players are now tied down for the long term, though five stand out in Matip, Milner and Adam Lallana—whose deals expire in 2020—and Wijnaldum and Dejan Lovren—committed until 2021.

Lallana and Lovren are expected to leave in the near future, but the club will be keen to hold onto Matip, Wijnaldum and Milner, who play key roles on and off the pitch.

Liverpool are believed to be holding talks with Matip imminently, while Milner has expressed his desire to stay, though there has been little in terms of concrete reports on Wijnaldum’s future.

But in a Q&A for The Athletic on Thursday, James Pearce wrote that he “expects” both Wijnaldum and Matip to agree new terms, with the Dutchman “very happy at Anfield” and Klopp “in no doubt about [his] quality.”

“He’s a high earner having arrived on a free with a hefty signing-on fee, but he’s performing at a level currently where he deserves that status.”

Matip is reported to be earning around £70,000 a week having signed a four-year deal on his move from Schalke in 2016, but is now established as first-choice centre-back alongside Virgil van Dijk.

Unfortunately for Milner, his role on the field appears to be diminishing as he ages, with the versatile vice-captain set to turn 34 in January.

He has still made four appearances so far this season, of which two were starts, and is likely to boost his tally of 163 minutes after the international break when Klopp rotates his side more heavily.

But he is on a reported wage of around £120,000 a week, and this led Pearce to describe discussions between player and club as “tricky” again, but “the hope is that it gets sorted in the next few months.”

Milner “made it clear to the club at the back end of last season that he was keen to stay beyond the summer of 2020,” but it could be that he is required to take a pay cut to prolong his Reds career.