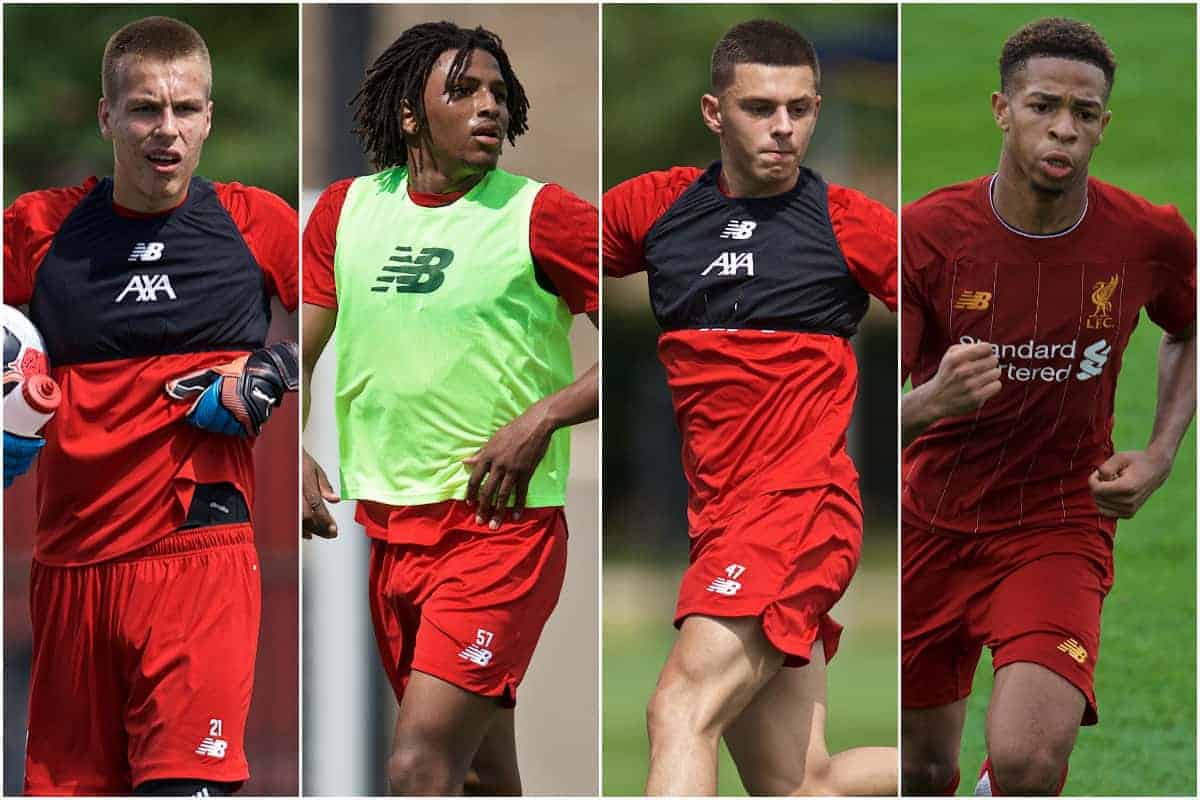 Liverpool were back in training at Melwood on Monday as Jurgen Klopp padded out his first-team squad with 10 young players called up from the academy ranks.

The Reds have begun preparations for the visit of Newcastle this weekend, though Klopp is still without the majority of his key names due to international commitments.

For now, the manager is presiding over a mixed squad at Melwood, though he was boosted as Sadio Mane and Mohamed Salah were given breaks as Senegal and Egypt were without fixtures this fortnight.

Xherdan Shaqiri also opted out of Switzerland duty, while Alisson and Naby Keita remained on Merseyside to continue their rehabilitation from injury.

Also taking to the field on Monday were the likes of Adrian, Andy Lonergan, Joel Matip, James Milner and Adam Lallana, as fitness coach Conall Murtagh put them through their paces.

But joining the senior squad were 10 youngsters, many of whom have had regular experience of training under Klopp, but others who were having one of their first tastes.

Jakub Ojrzynski (16), who spent pre-season with the first team after his summer move from Legia Warsaw, was brought in to work with Adrian, Lonergan and goalkeeping coaches John Achterberg and Jack Robinson.

Tom Clayton (18) and Tony Gallacher (20) joined Yasser Larouci (18) and Adam Lewis (19) among the defensive reinforcements, while there was a welcome call-up for Pedro Chirivella (22).

Chirivella has a strong rapport with the first team, and could be considered for the League Cup clash with MK Dons later this month if Klopp employs heavy rotation.

As could Herbie Kane (20), who like Chirivella was denied a loan move this summer, instead staying to provide experience in the under-23s’ midfield.

And Leighton Clarkson (17), Elijah Dixon-Bonner (18) and Luis Longstaff (18) were all included again, with the trio overlooked by England’s youth squads for the break.

While it is likely these were brought in to make up the numbers for the time being, it will be interesting to see if any can catch Klopp’s eye and secure a stay at Melwood on a permanent basis.

Clarkson has been a part of training on a number of occasions of late, along with shining for the under-18s, while pre-season suggested Larouci and Lewis are next in line for consideration—particularly if there are injuries at left-back.

It could be Kane’s involvement that proves to be the most intriguing, however, following claims that the call for him to stay this summer was due to plans for a first-team role.

Any developments will become clearer later in the week, when the rest of Klopp’s squad report back for training.