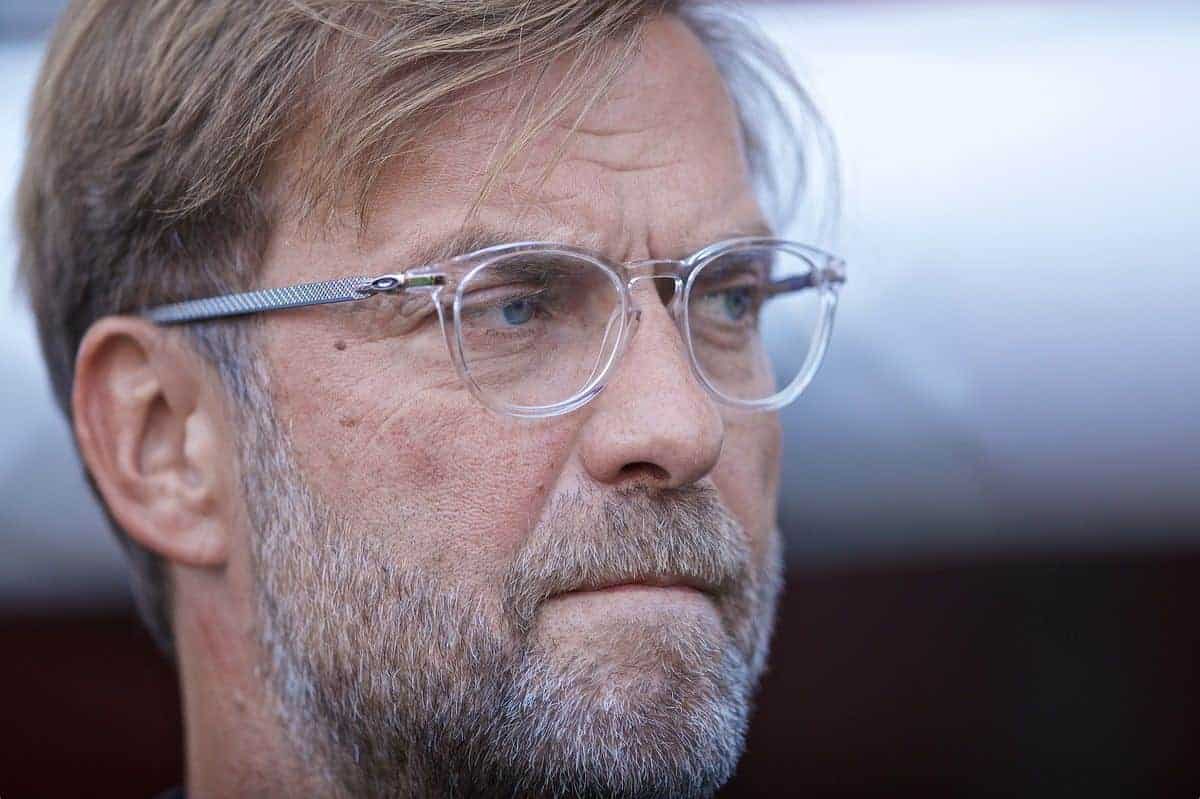 A ridiculous fixture pile-up for Liverpool between September and February means Jurgen Klopp should avoid fielding his key players in the FA Cup and League Cup.

Klopp is presiding over a fine balance within his squad this season, having opted against any major additions in the wake of Champions League success.

“The time was not right for a 30-man squad. A team like that has to be moderated,” he told German magazine kicker in August.

Of the three senior players to leave over the summer only one was replaced like-for-like, with Adrian brought in fill Simon Mignolet‘s gloves.

It is clear Klopp prefers to work with a streamlined squad—only twice in his career as a manager have more than 18 players clocked over 1,000 minutes in season, with the most being 19 and the fewest just 12—and there are clear benefits in this in terms of consistency.

But never before has he led his side into as many competitions, irrespective of whether the Community Shield and UEFA Super Cup were one-offs.

The Champions League group stage and League Cup third round draws were followed at the start of September by confirmation that Liverpool would participate in the Club World Cup in December.

This has, in turn, forced the postponement of the trip to West Ham in the Premier League, with the most likely date for its rescheduling coming in the middle of January.

Klopp has long maintained, publicly, that Liverpool are in every competition to win it, including both the FA Cup and League Cup.

But if the Reds progress through the stages in both tournaments, they face an even busier schedule than already set out for them.

The introduction of a winter break in England this season has been welcomed by Klopp, but between their next game back and that weekend off in February, Liverpool could play a total of 36 games in 148 days.

That is an average of one every 4.1 days, with the longest break between games—not including international breaks, during which the majority of the squad will still be in action—just six days.

A six-day break could come once in January and once in February, but the aforementioned visit to the London Stadium would land in one of those.

After that, Liverpool’s next longest break between games during this five-month period is four days—again twice: once in September, once in December.

Of course, the latter will see Klopp and his players fly out to Qatar to compete in the Club World Cup, with two games landing on December 18 and December 21.

Therefore, if the Reds do intend to challenge for the domestic cups as well as the Premier League and the Champions League, they will require a superhuman consistency in terms of fitness and performance.

Klopp is expected to rotate more freely after the September international break, and this should see the likes of Dejan Lovren, James Milner, Adam Lallana, Xherdan Shaqiri and Divock Origi deployed more regularly, while Naby Keita is still to return from injury.

But as the under-23s’ struggle at the start of the season proves—losing heavily to Tottenham, Chelsea and Man City so far in Premier League 2—integrating these players without any rhythm could lead to disjointed performances.

Instead, the core of Klopp’s squad for the campaign so far is likely to remain: only 16 outfield players have featured in the league at this stage, with six starting every one.

Liverpool were largely fortunate with long-term injuries last season, but the added travel and continued demand for success in the league and Europe heaps further pressure on those key names.

A means of avoiding this, to an extent, is to sacrifice both the FA Cup and League Cup, and if claims the club are exploring the possibility of sending a weakened squad to Qatar prove to be true, perhaps the Club World Cup too.

This could provide experience to those yet to make their debuts—with Brewster’s bow hotly anticipated in particular—and allow those with any ring rust to recapture their mojo.

But if that is to be the case, defeat to MK Dons on September 25 for example should not be considered a failure, and the same can be said of whichever side Liverpool draw in the third round of the FA Cup in January.

Instead, it would be a welcome exercise for those short of minutes, and a sacrifice to remove five games from that ridiculous 36-game stretch and ensure crucial breaks in late-October, mid-December and throughout January.

It is likely Klopp is considering just that, with the past two seasons—in which the Reds reached the Champions League final and challenged for the title—bringing early exits from both cups after wholesale changes.

He has already acknowledged the importance of time on the training ground, with a week at Melwood leading to both the 3-1 victory over Arsenal and the 3-0 win at Burnley—Liverpool’s two most comprehensive displays so far.

To maintain this, and avoid tired legs and tired minds in this brutal period before the February break, Klopp should consider once again resting his big games for the FA Cup and League Cup.