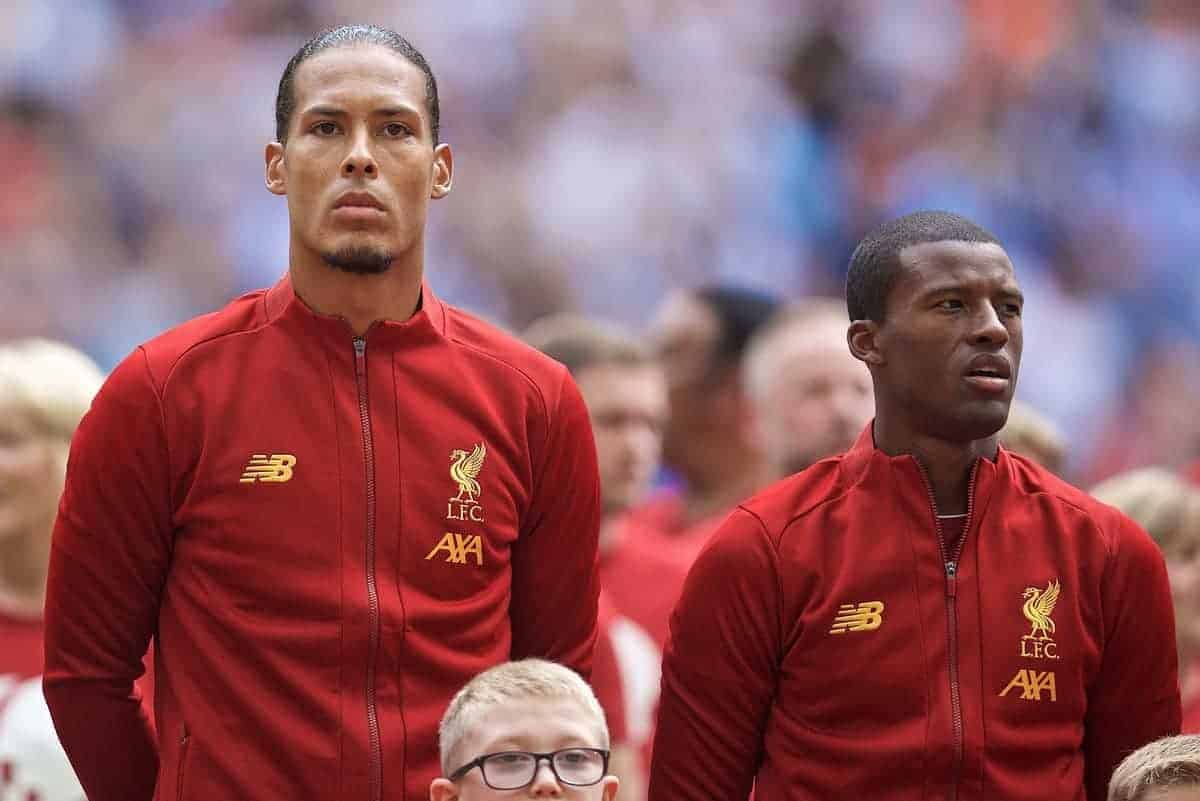 Jurgen Klopp had interest in Virgil van Dijk long before Liverpool were convinced enough to make him a world-record signing, Gini Wijnaldum has revealed.

Van Dijk became the most expensive defender in football when he made the £75 million move from Southampton in 2018, though this has now been eclipsed by Harry Maguire’s £80 million switch to Man United.

By the start of last year, the Dutchman had already established himself among one of the finest defensive talents in England, but he has proved himself further now.

Triumph in the UEFA Men’s Player of the Year award last month highlighted the distinction in which he is now considered, but two-and-a-half years ago, he was still working his way up at St Mary’s.

Klopp, however, already had Van Dijk on his radar at least as far back as 2016, with Wijnaldum explaining that they had discussed his countryman during talks ahead of his own transfer to Liverpool from Newcastle.

Wijnaldum was convinced then, and is even more so now, telling reporters on duty with the Netherlands this month that “nothing about him surprises me any more.”

“Before I even joined Liverpool I had a meeting with Jurgen and during our talks he asked me about Virgil van Dijk,” the No. 5 said.

“I had always rated Virgil very highly and my exact words to Jurgen were ‘he is going to make the defence a lot better’.

“So I was not surprised when Virgil won the UEFA Best Player award ahead of Lionel Messi and Cristiano Ronaldo. I actually expected him to win it.

“Virgil has had a blinder of a season and has been so successful. Nothing about him surprises me any more.”

This is, of course, to be expected, as Liverpool have their targets mapped out years in advance as Michael Edwards works on recruitment behind the scenes.

But it is interesting to note that the Reds were considering a move after just one season with Southampton, with Van Dijk having previously only turned out for Celtic and Groningen.

It shows the awareness of the club’s scouts to earmark the 28-year-old as a potential leader at the back prior to his emergence as a truly top-level defender.

Meanwhile, claims of a new six-year contract for Van Dijk on Sunday have been quashed by the Liverpool Echo‘s Paul Gorst, who writes that the centre-back is “bemused” by reports in the Mirror.