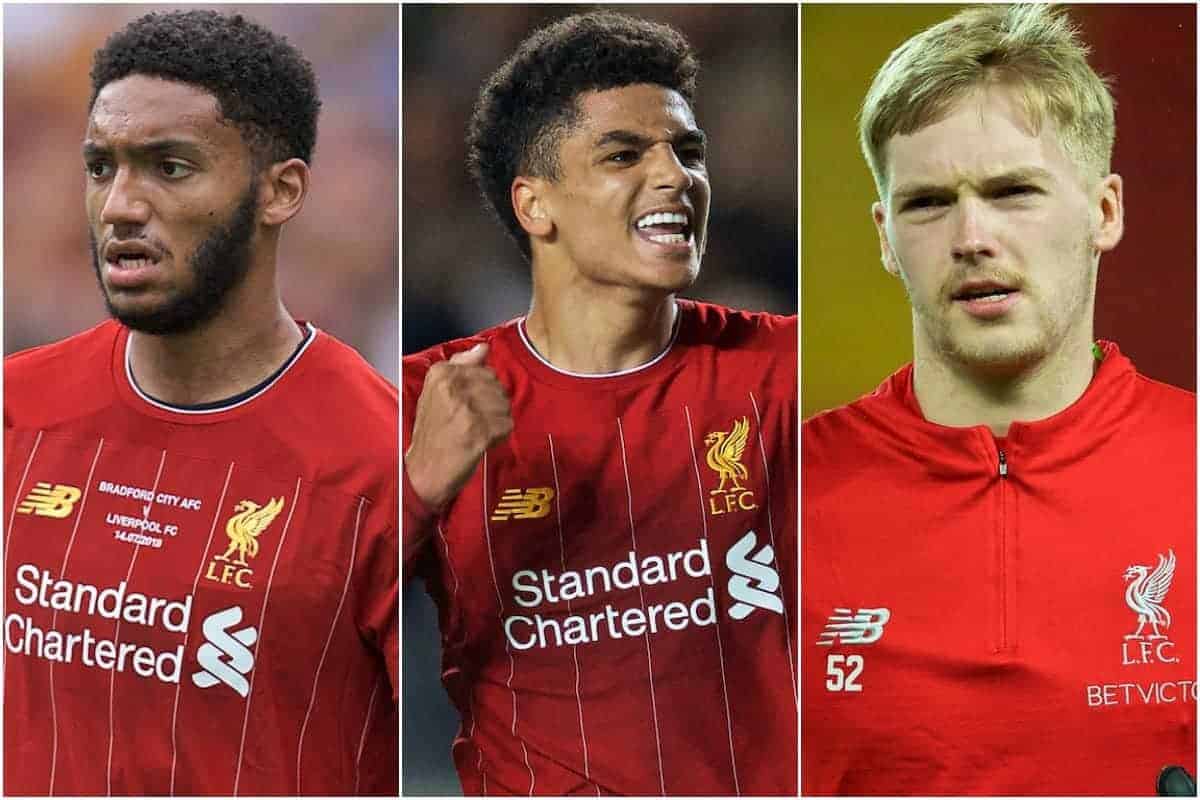 We round up the latest Liverpool news and transfer rumours on Thursday, following the Reds’ 2-0 victory at MK Dons. 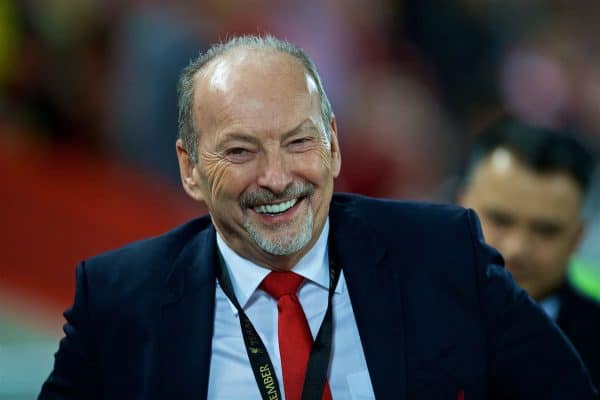 Liverpool have been superb in the transfer market during the Jurgen Klopp era, making numerous signings who have now arguably gained legendary status at Anfield.

Speaking at the World Football Summit in Madrid, Liverpool CEO Peter Moore outlined the complex work that is undertaken when it comes to assessing potential new arrivals:

“There is a merging of data and the experienced eye – the analogue and digital coming together.

“We use applied science and technology to analyse players to create the best chance to win. From an analogue way, we look at the player and assess what they are about, both on and off the pitch. And we apply science.

“We have four PhDs who are part of our club (Graham’s ‘research’ team) and we have a director of sports science, who is also a PhD (presumably Conall Murtagh, who has a PhD from Liverpool John Moores University) and they look at data.

“It is that combination, that amalgamation of an experienced eye – of looking at an athlete – combined with data, with psychological outputs, to see the person as a good player for Liverpool and also a good human being in the locker room.

“Being a good person that happens to be a good football player is what you need to be for Liverpool Football Club. When I look at our squad, knowing most of the players, they fit that bill.”

It’s a fascinating insight into the depth the club goes into to sign top class talent – no wonder the Reds are thriving so much.

Origi Back in Training ahead of Weekend Game 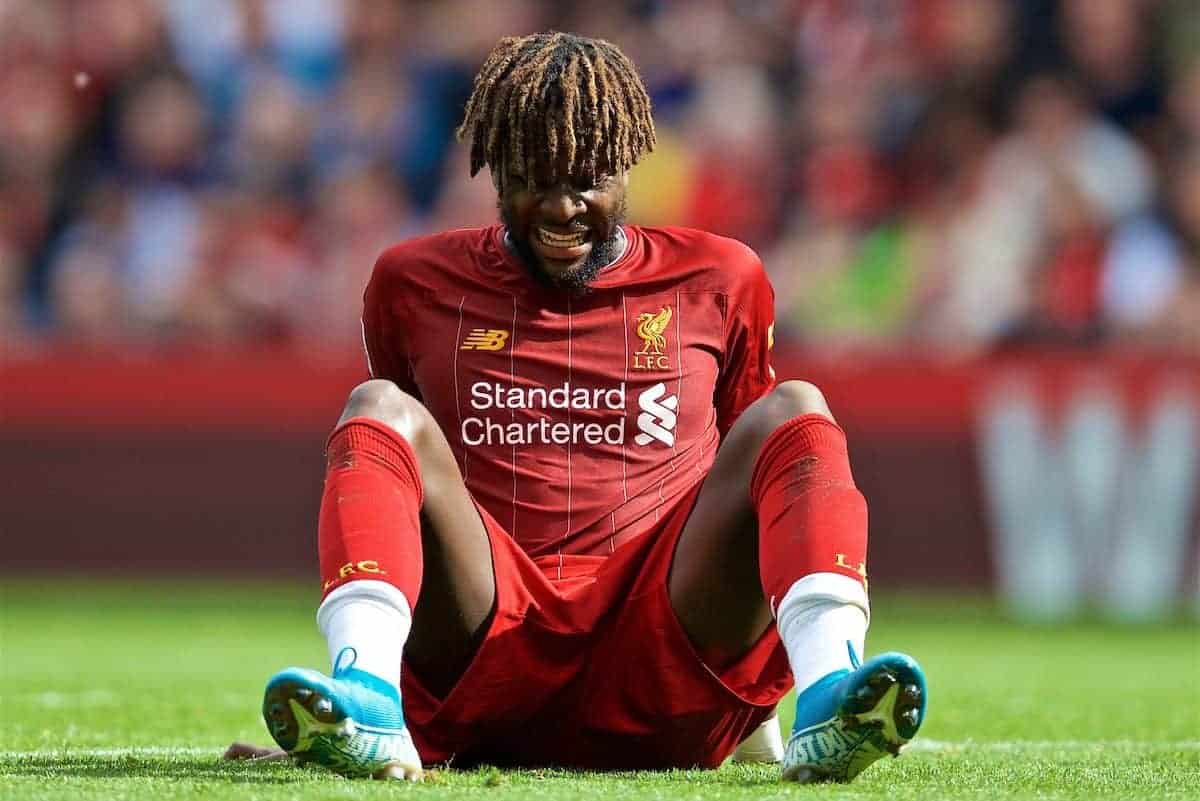 Striker Divock Origi was handed a chance to start against Newcastle after the recent international break, but an unfortunate injury sidelined him minutes into the match.

His absence has left the Reds without a recognised senior forward to play back-up to the main trio, with Rhian Brewster on the bench against Chelsea last weekend before he started in midweek against MK Dons.

The Belgian has returned to full training now, however, sporting a new haircut as he rejoined his team-mates at Melwood.

Jurgen Klopp will no doubt provide a clearer picture of whether Origi is in contention to be in the squad against Sheffield United in his press conference, which is on Friday morning. 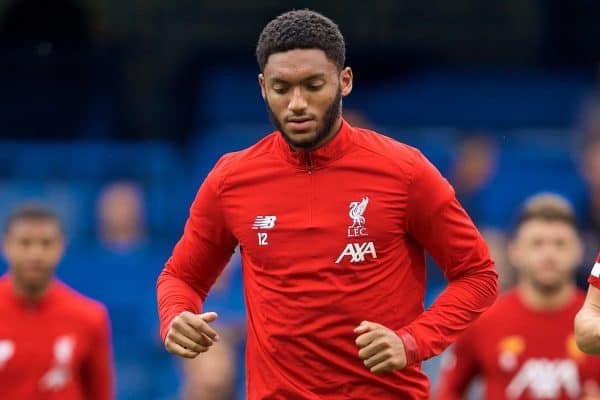 It feels like a long time ago that Joe Gomez was one of the first names on Klopp’s team-sheet, arguably performing as well as Van Dijk this time last year.

A broken leg, coupled with the immaculate form of Joel Matip, has seen the 22-year-old have to make do with a regular spot on the substitutes’ bench this season.

Gomez started against MK Dons on Wednesday night, and although he admits it is frustrating not to be featuring more, he is remaining bullish about his future playing time.

“Obviously I have not been playing and obviously every footballer wants to be playing,” said Gomez.

“At the same time, I understand that we are the European champions and the lads are doing very well at the minute so all I can do is keep my head down, keep working hard in training and keep waiting for the right time.

“Until then, I have to keep working hard. You cannot sit there and be down. You have to stay positive and do yourself justice when the time comes.”

Liverpool’s under-21s lost 4-3 on penalties to Fleetwood Town on Wednesday evening, following a 1-1 draw, in the group stage of the Leasing.com Trophy (what a name!).

Speaking to LiverpoolFC.com after the match, manager Neil Critchley heaped praise on Elijah Dixon-Bonner, who he made captain on the night:

“I’ve been super impressed with Elijah since he has come back from pre-season. He worked very hard in the summer on his physical attributes and I think he has had a really good start to the season for us.

“I thought it was the right moment for him to step up and take the captaincy. His social side as well, with the way he is interacting with the players and staff this season, he has matured as a person.”

Critchley also spoke of his pride at Liverpool’s young players impressing for the first team at MK Dons, joking that he’d never seen Ki-Jana Hoever “head the ball like that before”, as well as lauding Caoimhin Kelleher‘s clean sheet.

Most of the youngsters will now return to the under-23s ahead of Saturday’s trip to Arsenal in Premier League 2, with kickoff at 1pm (BST). 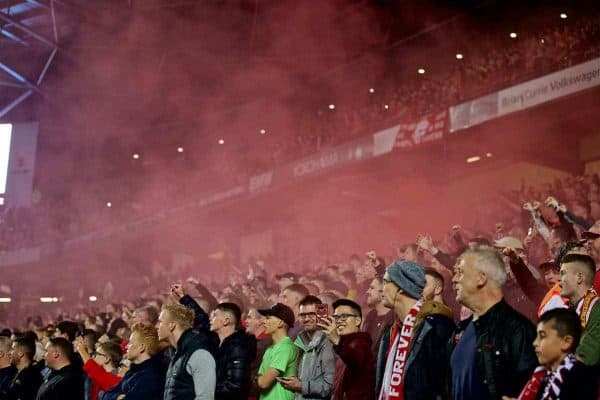 Can you imagine your 10-year-old self having the confidence to invade the pitch straight after a Liverpool game?

It takes some guts.

That’s exactly what youngster Alfie Hughes did after Wednesday’s win over MK Dons, sprinting onto the playing surface and looking to receive a shirt from one of his heroes.

He was flapping all game about doing it, 'will I get arrested?'?? I said no i'm your dad and i've said you can, go and get whoever you want, he's a jammy get ????? pic.twitter.com/rM34v7FNi1

It was Harvey Elliott who ended up being the man (or boy) to do it, after Alfie was snubbed by several Liverpool stars.

Sure, the young lad shouldn’t have done it and the lack of stewards chasing him is bizarre, but it’s a memory he will cherish forever.

Elliott’s shirt could be worth a few quid in years to come, too, judging by his performance at Stadium MK.