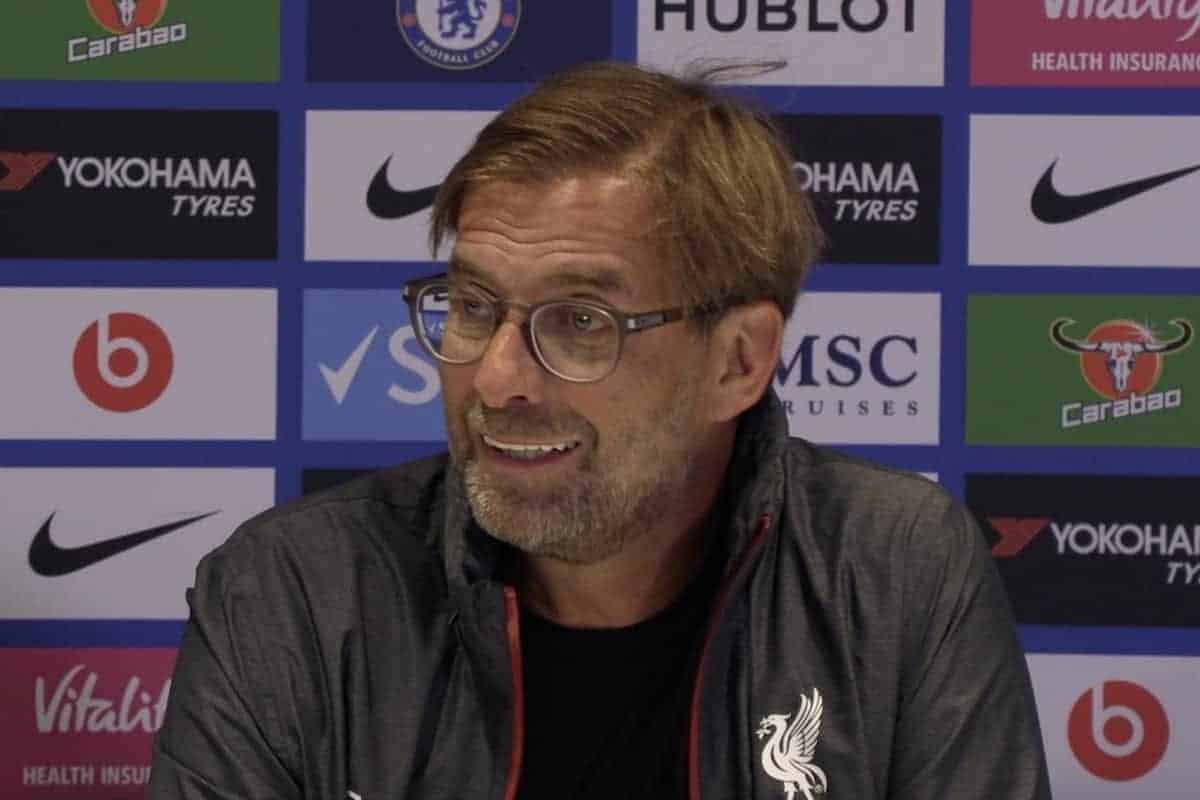 Jurgen Klopp admitted Liverpool’s 2-1 victory at Chelsea on Sunday “feels big,” having ended a long run of just one win in 12 away games against the ‘big six’.

The Reds’ 2-1 win over Tottenham last September was their only triumph in 12 trips to their fellow top-six challengers, since a victory of the same score at Stamford Bridge in 2016.

A tough afternoon in west London saw goals from Trent Alexander-Arnold and Roberto Firmino repeat that feat, keeping Liverpool five points clear of Man City at the top of the Premier League.

N’Golo Kante’s second-half strike was well-deserved, and Chelsea can feel aggrieved to come away without any points, but for the visitors the result was all that mattered.

“Very good in moments, in a lot of moments I would say, in periods,” came Klopp’s assessment.

“Chelsea had their moments, of course, because they are just a good team.

“Two wonderful goals, a lot of brilliant pressing situations where we won the ball in the perfect space but then we didn’t use the ball and that situation well enough; we could have had much [more] chances in these situations.

“After half-time, two big chances, could have been three and four, but we didn’t score so it was clear the game was still open and when Kante scored his wonderful goal then it was clear ‘game on, let’s go for it’.

“Chelsea did that, we had to defend it and that’s a job to do.

“It is a difficult place to come, it is a while ago we won here, so it feels big, to be honest. It’s a big one.”

Both of Liverpool’s goals came from inventive free-kick routines, which Alexander-Arnold revealed after the game were the product of work at Melwood.

Klopp elaborated on this further, and praised Mohamed Salah‘s backheel for making it “pretty impossible” for Kepa to stop the right-back’s powerful opener.

“The Trent one I really think the boys have the best view on the pitch. It is their job to see the best opportunity to score.

“It was a direct free-kick, so we could have shot with that, but this little move changed the whole angle, changed the view and made it pretty impossible for Kepa to make a save.

“It was a brilliant goal, yes. I have said it before and it is no problem to say it [again]: Pete Krawietz and the analysts do a really brilliant job around set-pieces.”