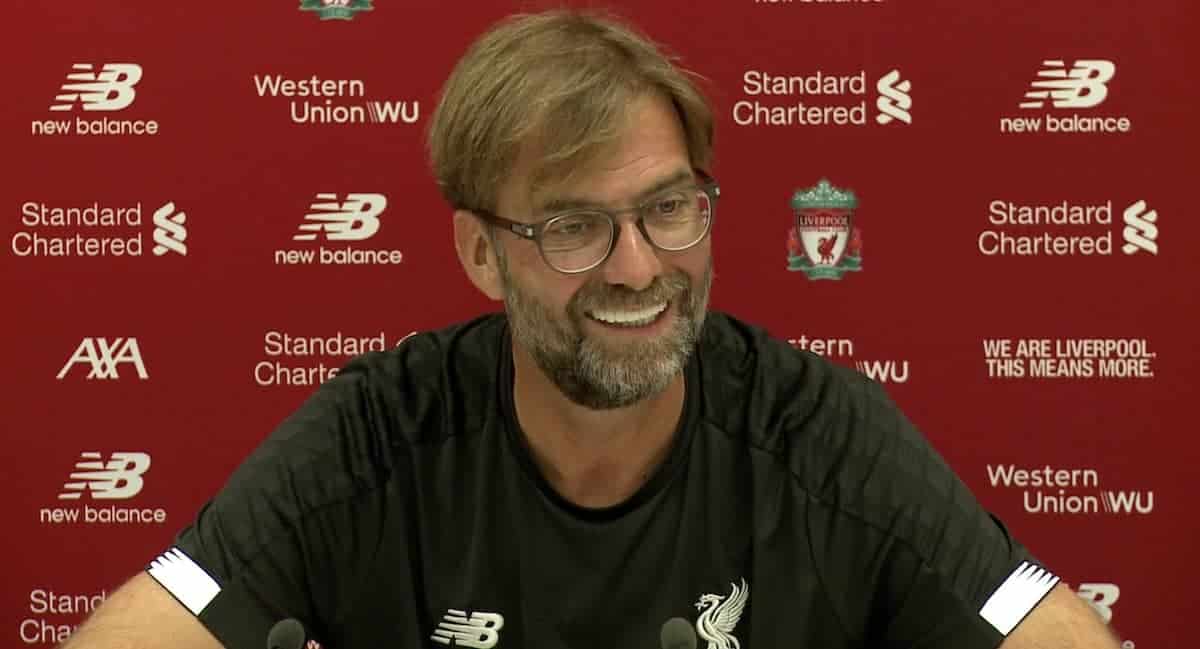 Jurgen Klopp says Liverpool are “working on responding” to their midweek loss at Napoli as they prepare to visit Chelsea in the Premier League on Sunday.

Late goals from Dries Mertens and Fernando Llorente sealed the Reds’ first defeat of the campaign on Tuesday night, as they lost 2-0 at Stadio San Paolo.

It was, in many ways, an undeserved result, which stemmed from a controversial penalty call and a very rare error from Virgil van Dijk, with the visitors largely impressing in Naples.

But regardless, Liverpool are eager to get back to winning form at Stamford Bridge this weekend, with Klopp telling reporters on Friday that he and his side are “thinking and working on responding, of course.”

“That’s how it happens, it’s in the small details and we accept that,” he said of the loss at Napoli.

“It was not that we felt ‘oh my god, how could that happen?’ or whatever.

“We are in a good shape, and we have to keep that going, that’s about it.

“But so, still, result-wise and in performance-wise in parts, we want to make it better, that’s how it is.”

The Reds head into this clash top of the league, having won all five of their games so far, and therefore should be considered favourites against a Chelsea side who lost to Valencia last time out.

Klopp spoke well on his upcoming opponents, comparing them to his old Borussia Dortmund side in terms of their focus on youth—albeit, the Blues’ is enforced.

One player he is particularly familiar with among the west London side is Christian Pulisic, and he described the American as a “super exciting player.”

“[He is] unfortunately good! He will be a proper player and he is, big talent, dynamic, pretty good with both feet,” he said.

“Super exciting player, absolutely, good signing I have to say.”