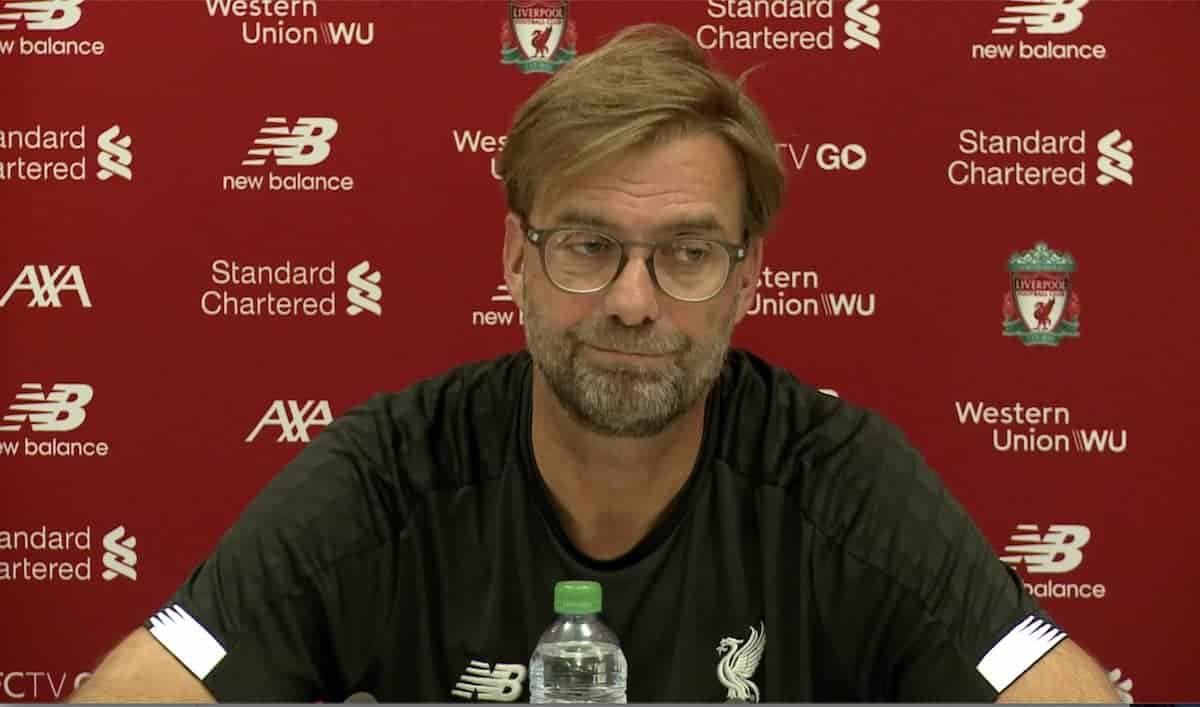 Jurgen Klopp praised Chris Wilder as Liverpool prepare to take on Sheffield United, but warned they would “make their lives as uncomfortable as possible.”

Klopp faces off against the Blades for the very first time on Saturday, with Wilder’s side returning to the Premier League after 12 years away.

The manager has dealt with a variety of challenges during his spell on Merseyside, and United have been applauded for their unorthodox tactical approach this season—namely, their overlapping centre-backs.

So far it has brought a decent return, with United sitting 10th in the table heading into the weekend, and speaking at his pre-match press conference on Friday, Klopp described them as an “interesting” outfit.

“It’s incredible what Chris is doing there. I’m looking forward to meeting him, to be honest. It’s the first time that we’ll see each other,” he said.

“I saw his team play now, in the analysis period you always see a lot, the team is really interesting.

“What they do, they do really well, in the system they play.

“Really aggressive, good pressing, a lot of things, and of course when they have the ball it’s a slightly interesting pattern, when the centre-halves overlap whoever is there, the winger or whatever. So yes, that’s interesting.

“I’m four years in England now, but still don’t know everything about all the other clubs, historically and stuff like this, but it seems to be a big club and they deserve to be in the league.

“Since I’m in I’ve followed the Championship a lot and I know how competitive this league is, and going up the way they did against the teams they did, like Leeds and Derby, it’s a big one.

“So yes, for sure a really great coach and I’m looking forward to facing his team.”

Regardless of the respect Klopp has for Wilder and his side, however, Liverpool are deservedly top of the Premier League and he stressed he didn’t “see any reason why there should be any advantage for Sheffield.”

“We just want to go to Sheffield and make their lives as uncomfortable as possible, that’s the plan,” he continued.

“Maybe we are considered as a top team, but we don’t want to behave like a top team; playing if possible yes, but fighting like a proper challenger, that’s it.

“I don’t see any reason why there should be any advantage for Sheffield apart from playing in their own stadium.

“So we have to be there, absolutely spot on. That’s the plan.

“We tried to make sure, how we planned the week, that the boys would be ready for this game.

“So now we go there, and how I said for me the first time, really looking forward to it.”