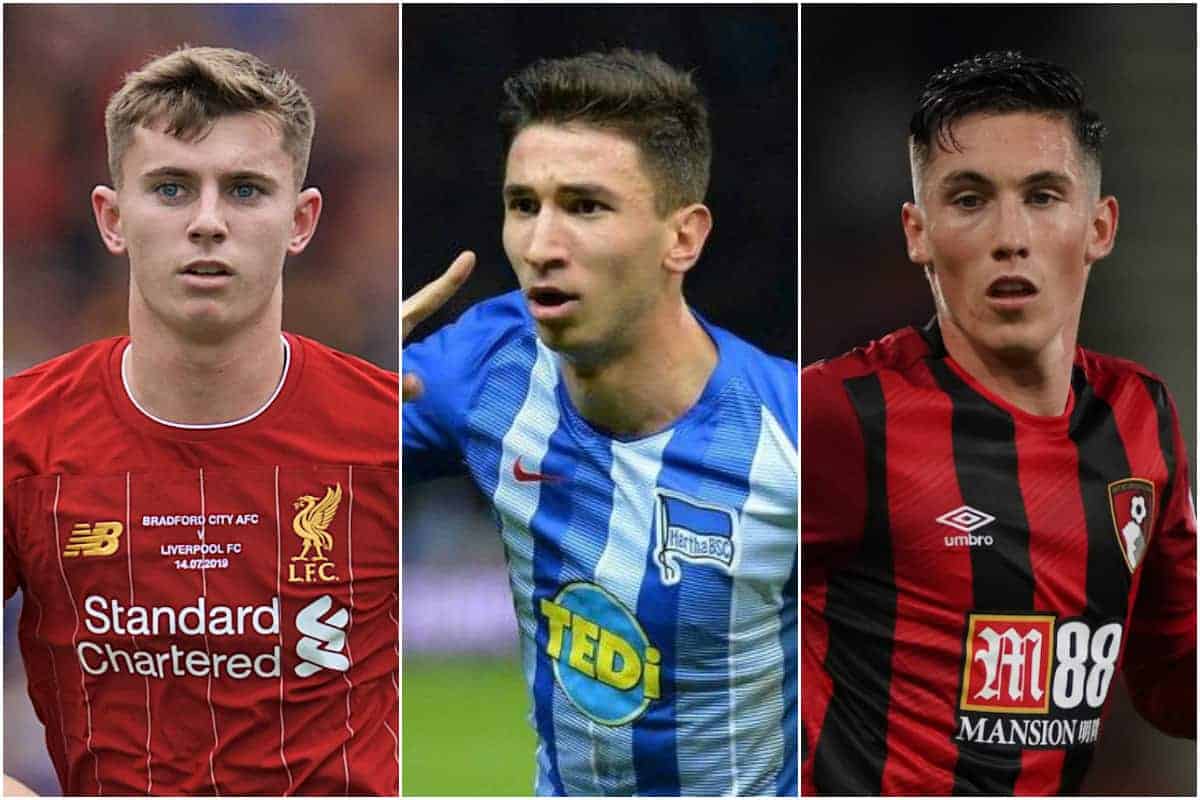 Liverpool’s loanees were once again in fine form over the weekend, delivering a goal and an assist as several Reds hit top form.

Harry Wilson got the weekend off to a flying start…

The Wales international was back on the scoresheet to help the Cherries record a derby-day success with a 3-1 win at Southampton on Friday night.

Wilson’s strike came on 36 minutes to double Bournemouth’s lead at 2-0 and it was a brilliant goal all round.

The Cherries orchestrated a slick move playing from front to back, and Wilson finished it off sliding a crisp first-time strike into the far corner after making a clever, late dart into the box.

The goal was Wilson’s third in the Premier League this season in just five outings—none of which the Welshman has completed a full 90 minutes in as he came off on the hour mark.

It makes Wilson’s goal return even more impressive and it’s certainly been a fantastic start to a first top-flight loan as he strives to prove he can perform on the biggest stage.

Moving to Oxford United for regular first-team football and to rediscover form is already paying dividends for Woodburn.

The youngster has consistently impressed, and he delivered his best performance yet on Saturday producing an assist in a 6-0 demolition of Lincoln.

Deployed as Oxford’s chief creator in the No. 10 role, Woodburn shone as he laid on his side’s second goal, while also having a big hand in the fourth.

Woodburn’s assist was a real show of his passing range—a brilliant, whipped early pass from deep in behind Lincoln’s defence which Tariqe Fosu collected and finished well.

He then completed a fine day’s work when he nearly scored himself, only to see his solo effort followed by a stunning volley from James Henry for 4-0 to put the win beyond doubt.

This was a match-winning display of real class from Woodburn, who now has a goal and four assists to his name from 11 appearances this season.

The youngster produced a match-winning display in the Europa League, scoring a superb winner to ensure Rangers opened the group stage with an impressive 1-0 victory over Feyenoord.

And Ojo helped his side bring that winning form to the Scottish Premiership on Sunday, as the Gers followed that excellent European result with a 4-0 rout of St Johnstone.

The Canadian followed his goalscoring performance against Hibernian with another good showing against Celtic on Sunday—despite Killie going down 3-1.

Millar’s recent form ensured he had a starting role against the champions, and he made another positive impact playing a key part in the goal which put his side 1-0 up.

A mixed bag for the remaining loanees who featured…

It’s almost taken for granted now that Marko Grujic will impress when he puts on the Hertha Berlin shirt, such has been the level of his form for the Bundesliga club.

The Serbian was in typically good form on Saturday as he helped his side earn a much-needed 2-1 win over Paderborn to move off the bottom of the Bundesliga table.

In Brazil, Allan Rodrigues made his 21st appearance of the season for Fluminense but it wasn’t one to remember as his side were brushed aside 3-0 by Goias.

Three Reds were in action on home soil.

Ovie Ejaria played the full game but was unable to prevent Reading falling to a third consecutive loss with a 2-1 home defeat to Blackburn.

Kamil Grabara’s wait for a first clean sheet for Huddersfield goes on following a heavy 4-2 loss to West Brom on Sunday.

Rhys Williams featured as Kidderminster Harriers were held to a 0-0 draw against Stafford Rangers in the FA Cup second qualifying round—setting up an immediate replay on Tuesday night.