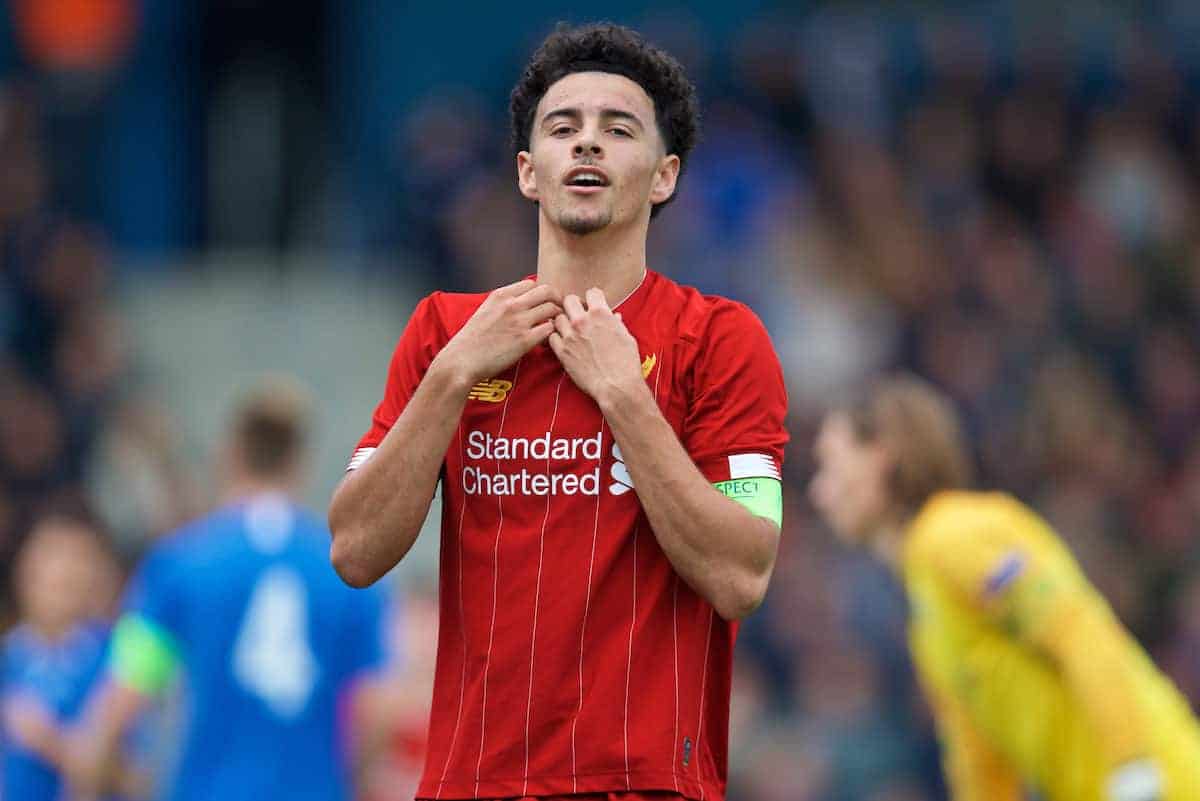 The Liverpool under-19s produced a mature, decisive showing in the UEFA Youth League, beating Genk 2-0 in a game that saw two goals ruled out.

Genk’s B-Veld played host to an energetic start in the UEFA Youth League, with both sides eager to make their mark early, and Curtis Jones and Harvey Elliott stamping their authority for the young Reds.

Layton Stewart opened the scoring on 22 minutes, having taking the place of Rhian Brewster following the 19-year-old’s inclusion in the first-team squad for the Champions League.

Challenging for a loose ball in the penalty area the under-18s’ joint-top scorer nipped in ahead Genk goalkeeper Maarten Vandevoordt and, stepping up for the resulting spot-kick, saw his strike eventually bobble in after an initial save.

Jones then had the ball in the back of the net as half-time drew closer, but the captain was left with his head in his hands after the linesman deemed him just offside from Jake Cain‘s through ball.

Jakub Ojrzynski was not short of action at the other end, and the Pole made a series of strong saves and brave collections to keep Liverpool 1-0 up heading into the break.

Genk dominated in the opening stages of the second half, but were unable to grab an equaliser through a combination of wasteful finishing and the fine work of Ojrzynski, chasing his third clean sheet of the season.

The quality of Liverpool continued to shine through, and Elijah Dixon-Bonner beat Vandevoort on 63 minutes, but the goal was ruled out again as Stewart was ruled fractionally offside from Jones’ pass.

Barry Lewtas sent on Luis Longstaff with 20 minutes to play and the front trio—now comprised of three wingers—adopted a more fluid approach, paying off almost immediately.

The breakthrough came as Elliott lofted a cute pass over the defence to find the clever run of Jones and, after a delicate touch from the 18-year-old, he blasted through Vandevoort for 2-0.

That proved to be the final goal of the game, and it maintained Liverpool’s unbeaten start to the UEFA Youth League, with two wins and a draw cementing their place at the top of Group E.