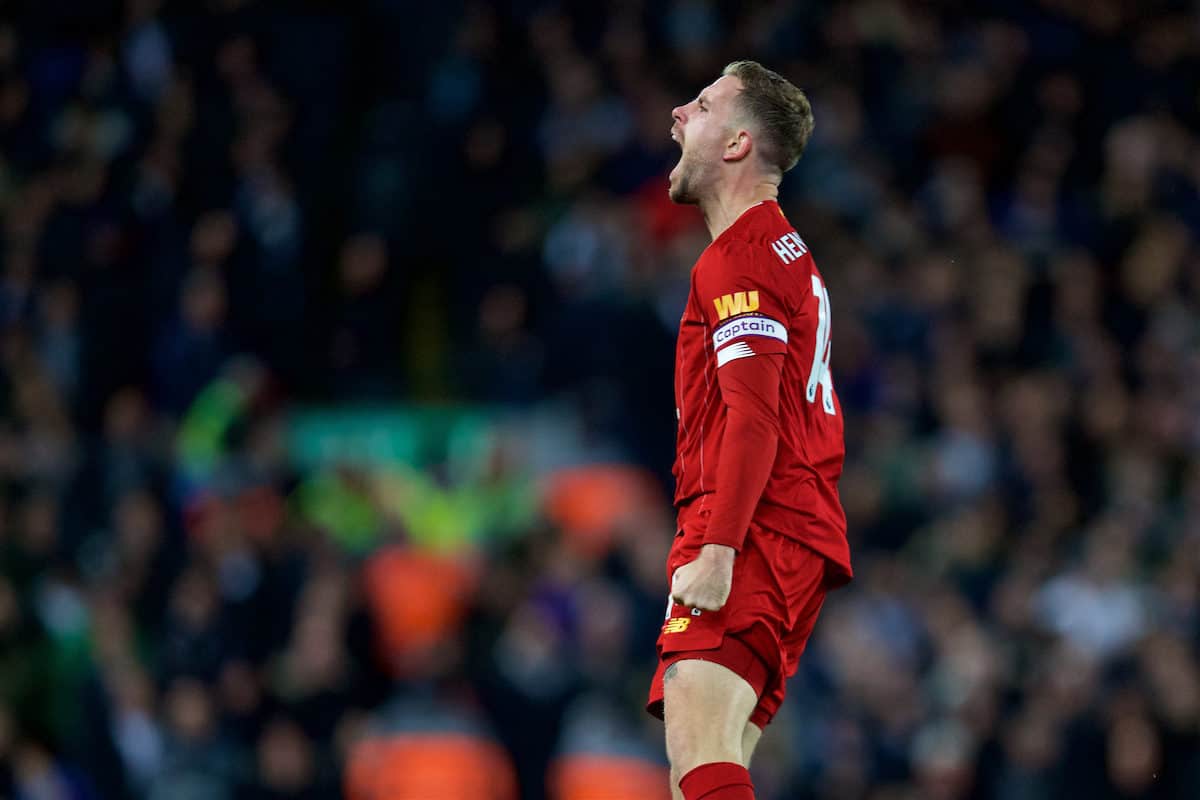 The Liverpool squad were in positive spirits on Sunday evening, following the Reds’ crucial 2-1 win at home to Tottenham.

Jurgen Klopp‘s men were under pressure to pick up all three points at Anfield, with their lead over Man City just three points by the time the game kicked off.

The home crowd were left stunned when Harry Kane headed home with just 47 seconds on the clock, but Liverpool responded in style.

Missed chances came and went in the first half, before Jordan Henderson‘s well-taken effort and Mohamed Salah‘s penalty clinched an enormous victory. 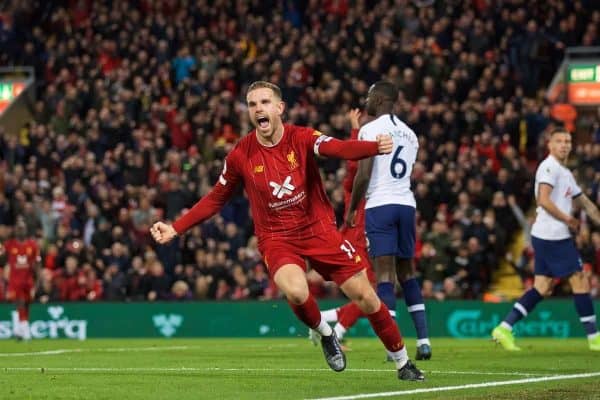 For Henderson, it was an afternoon of redemption, having sloppily been at fault for Kane’s opener, only to equalise after the break.

Speaking to Liverpool’s official website, the skipper couldn’t hide his delight, as well as his relief:

“It’s always nice to score, especially at Anfield in front of the Kop. It was to get us back in the game, which was important.

“I was disappointed with the goal we conceded because I gave the ball away in a sloppy area.

“I was delighted to react in the right way and manage to get on the scoresheet.

“The performance was brilliant from the lads, we deserved the three points and it’s a big win for us.” 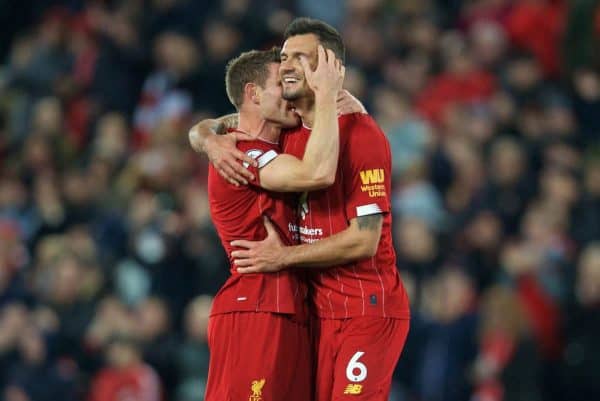 Dejan Lovren wasn’t the most popular inclusion in the Reds’ starting lineup, but he played his part in the win, albeit shakily at times.

Also speaking to LiverpoolFC.com, the Croatian hailed the calm that Klopp and the team showed after the early goal, eventually turning the game on its head:

“We knew it would be tough and unfortunately they scored in the first minute, but we kept our nerve, played our game and we had many chances.

“We came in at half-time and the boss said: ‘Usually I never say this, but I am satisfied even though we are 1-0 down. But we need to continue like that and keep our nerve’.

“We knew we would have another chance and we did it. It’s a massive, massive win.”

Henderson posted a great image of his post-goal celebrations on Instagram, summing up the passion that he displays on such a regular basis:

Enjoyed that one!! Great performance and result! Atmosphere amazing as always! #YNWA

Fabinho was Liverpool’s standout player, producing an all-conquering performance in the middle of the park:

A number of other players also gave their thoughts on social media after the match, expressing their happiness at earning such a vital win:

Not the best of starts today, but great performance to comeback & take the points ??? #YNWA

YES! ? We had to fight for em but the 3 points are staying at Anfield today! ?? #YNWA #LIVTOT

This was another major statement of intent by Liverpool, with Pep Guardiola and his City players no doubt keeping an eye on proceedings.

Next up for the Reds is a League Cup fourth round clash with Arsenal at Anfield on Wednesday night, before they head to Aston Villa in the league on Saturday afternoon.