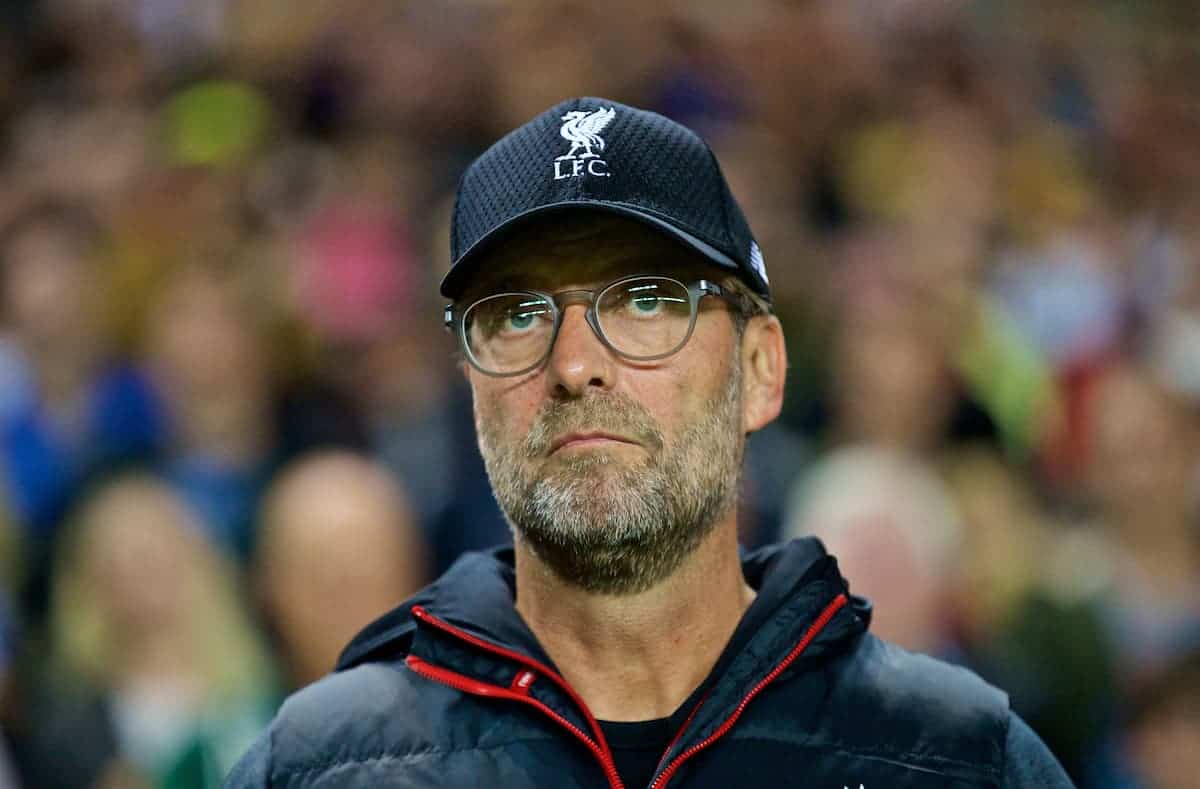 The Reds’ excellent form at the start of the season has contrasted that of their weekend opponents, with Spurs’ last win in the league coming on September 28—only their third in nine games.

Mauricio Pochettino’s side have taken just 12 points so far, compared to their hosts’ 25, and there have been major question marks over both the Argentinian and his squad.

But a 5-0 win over Red Star in midweek will have buoyed the north London outfit, and speaking ahead of their visit to Anfield, Klopp acknowledged them as a side capable of damaging Liverpool.

“You should not be surprised that I see it like that!” he laughed.

“I cannot judge the situation of Tottenham because I have no idea what happens there. Football is like this, from time to time things don’t work out.

“But now we saw that game, it was not the only game: in the other games when the results were not really there they had good moments as well.

“It’s not that they forgot how to play football, that Harry Kane doesn’t know it anymore.

“He showed in that game especially how good he can be. Son then, Alli—more often injured—coming back, finding rhythm, all that stuff, the Eriksen story, or not, I don’t know.

“You cannot finally understand it from outside, but they are always able to put a proper performance on the pitch. That’s how it is and that’s what we have to expect. But it’s no problem.”

They will aim to use this disappointment as fuel for Sunday, and Klopp painted it in this way too, insisting the Reds cannot believe that “absolutely nothing can happen to us.”

“I think we were very respectful in that moment with all the celebrations, but still we were the ones who were on the other side of that night,” he continued.

“That’s of course another additional motivation to put some things right, that’s all clear.

“But in the end it’s a football game, between two really good teams, and the situation around will not make a massive difference.

“We will not be that confident that absolutely nothing can happen to us or whatever, and they will not play a team with the points tally they have.