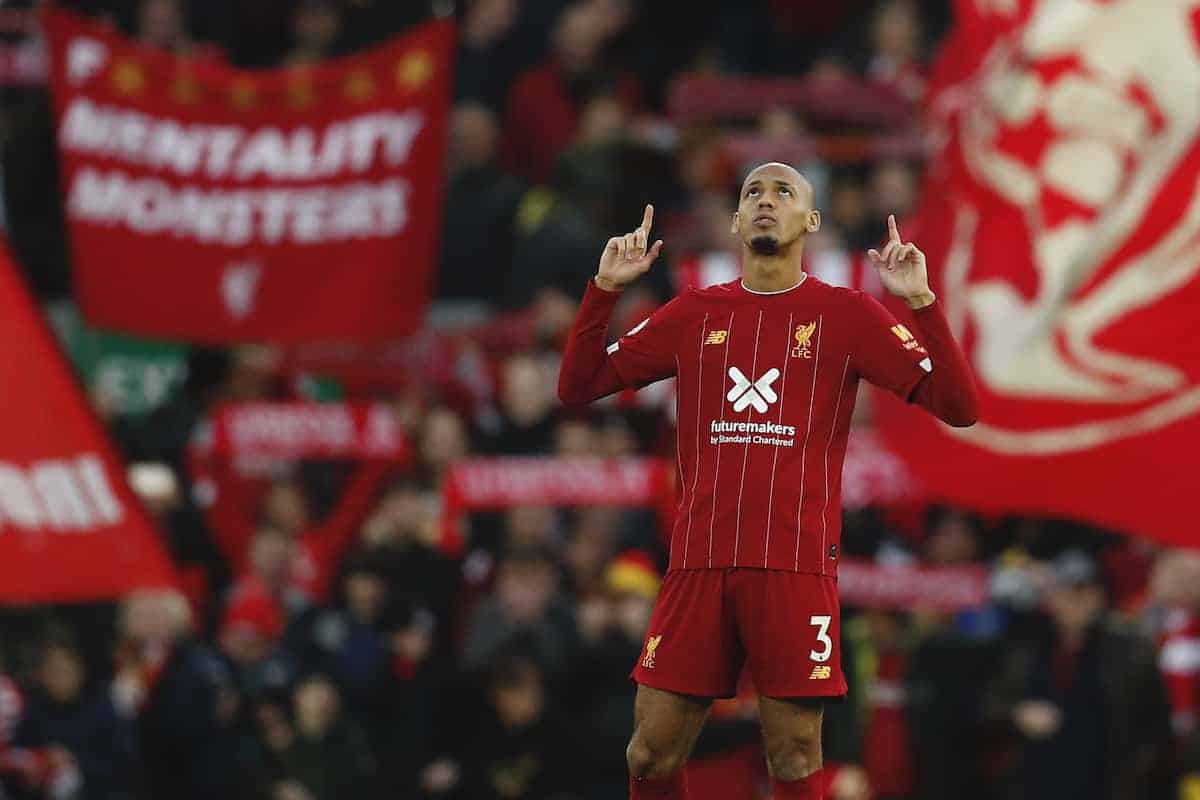 There was an inevitability about Liverpool’s comeback over Tottenham, and the 2-1 victory was another hallmark of Jurgen Klopp‘s mentality monsters.

Aside from being one down, in freak circumstances, with less than a minute played, Liverpool would have beaten Tottenham by a massive margin had Hugo Lloris been fit to play on Sunday afternoon.

One of the most startling things about this game is how hard Spurs worked just the attain the right to seem like they were chasing shadows.

Liverpool’s response to conceding the opening goal was wonderfully positive.

Paulo Gazzaniga was inspired. On half-a-dozen or so occasions he delayed the inevitable breakthrough for Jurgen Klopp’s men.

Despite this, I never once felt that an equaliser and subsequent winning goal wouldn’t eventually present themselves. The laws of Liverpool’s footballing gravity are too strong right now.

When it comes to Spurs and Mauricio Pochettino, we’ll always have Madrid.

In Madrid, however, Liverpool didn’t face the same type of blizzard of attacking intent that Spurs did at Anfield on Sunday.

This is a fine Spurs side we are talking about here, yet this is a Spurs side that is coping with an identity crisis.

Harry Kane’s goal drew him level with Martin Chivers as Spurs third-most prolific goalscorer of all-time, yet it is often claimed they play better without him.

Christian Eriksen draws suspicion because of his summer declaration that he wanted to leave the club. Heung-min Son is highly coveted by rival teams, while Tanguy Ndombele and Giovani Lo Celso struggle to find their feet.

Then they have their injured and error-prone World Cup-winning goalkeeper and captain being outperformed by his understudy.

All of this is overseen by a classical thinker of a head coach in Pochettino, a man who some Spurs supporters have lost patience with.

It all smacks to me of the pre-Klopp Liverpool, when we would drift into self-destruction mode in the wake of a near-miss on a glory of great significance.

The path to self-destruction is the easy route to take after a disappointment as profound as the one Spurs experienced in the 2019 Champions League final.

Look at the number of seasons it took for us to rise again in each instance.

Roughly five years between each spike, plus a change of manager each time, although Rafa Benitez took us to Champions League and FA Cup glory when mid-regeneration during his cycle.

If Spurs follow this pattern, then their next spike won’t arrive until 2023/24 and Pochettino will be long gone by the time it happens.

The harder, but more rewarding, task is to draw strength from the blows taken. Mentality monsters is what the marvellous Trevor Downey describes Klopp’s Liverpool as.

Liverpool’s response to losing the 2018 Champions League final has been startling and it has broken the contemporary Anfield mould.

No danger of self-destruction here, and they have even shrugged off the blow of 97 points not being enough to win last season’s Premier League title.

These were setbacks that came atop a foundation of losing a League Cup final and a Europa League final during Klopp’s experimental phase.

Prior to the game I shared a pre-match beer with the fantastic Jeff Goulding in the Cabbage, where amongst many other things, we discussed the sense of inevitability that Klopp’s Liverpool will win this season’s Premier League title.

A bold assertion of course, but one that has been engendered by the sense of certainty that Klopp projects in everything he does.

To me, the aura is not that we can win the league title, but that we will.

Klopp’s Liverpool are a footballing form of The Terminator. Bursting through brick walls, kicking in doors, flipping over chairs and turning over tables.

As opposing teams, it doesn’t matter if you slip the bolt and twist the lock, we’ll just take the hinges off.

Son hit the Anfield Road end crossbar in the early exchanges of the second half, but all that did was inflame the situation for them.

As Bobby Firmino pondered if he should have been awarded a penalty, Jordan Henderson was busy levelling the scoreline. Converting from an acute angle, with converging defenders and a goalkeeper experiencing an out-of-body performance to thread the ball past, it came to him at an awkward height.

Check it out again when you can. It bounces up and Henderson needs stretch his left leg sideways to make connection.

It certainly doesn’t look like a comfortable movement to have to make and if he was in possession of a more ‘natural gait’ then he probably doesn’t score it.

If I tried to do that movement, I’d soon be on the turf in agony as my hip would have clicked loudly.

The penalty was nailed on and one that was borne of panic in the Spurs defence, via the unorthodox defending at the other end of Dejan Lovren.

Lovren was consistently targeted with long arcing balls played by Spurs from deep and he generally coped with the tactic.

Mohamed Salah won the day for us yet again. The trajectory wasn’t ideal, but the power made the penalty unstoppable.

The striking thing here is that four of those 10 games have been against fellow ‘big six’ opponents, plus a resurgent Leicester City, yet you can’t help but feel we still have a gear or two in reserve.

Beyond the trip to Villa Park on Saturday, our last league game before the November international break is the visit of Man City.

That will mean half of our ‘big six’ encounters will be behind us within 12 games of the season beginning.

Next up, it’s Arsenal and the League Cup. A chance for those watching from the sidelines on Sunday to step up their sharpness.

Up the mentality monsters.