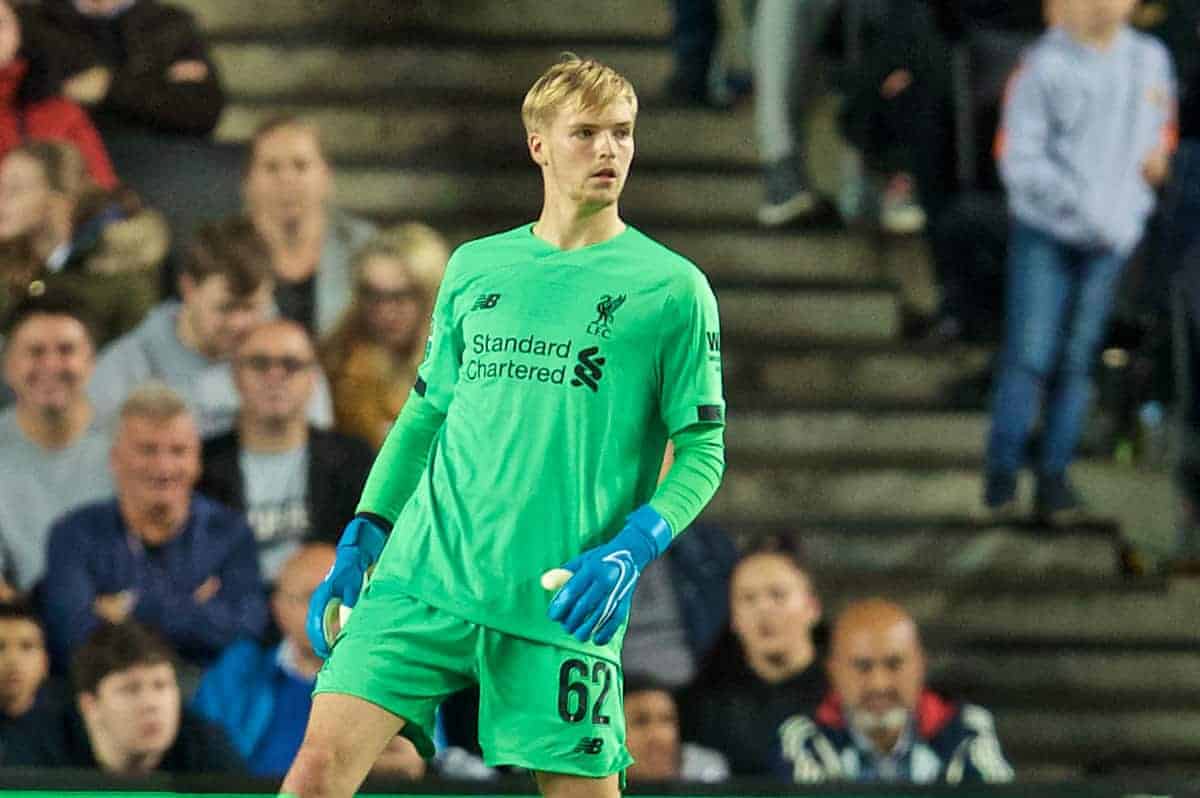 Liverpool goalkeeping coach John Achterberg has lavished praise on third-choice stopper Caoimhin Kelleher, believing the 20-year-old “can be anything.”

Kelleher made his first-team debut for the Reds in the 2-0 win at MK Dons in the League Cup, and produced an excellent all-round display.

His speed off his line, sweeping behind the defence, long and short passing, comfort in possession and reflexes in the six-yard box helped keep the League One outfit at bay.

It was a standout showing from the Irishman, who has served as backup to Adrian since his recovery from a broken wrist, on the bench in the last eight games in the Premier League and Champions League.

Though this has come through the misfortune of Alisson, and he will return to the role of No. 3 once the Brazilian recovers, Achterberg has high hopes for Kelleher.

“He reads the game and plays well with his feet for Liverpool, but his shot-stopping and his reactions are massive for any club, I would say,” he told the Liverpool Echo.

“This is where he is good and it is what he showed against MK Dons.

“He can keep making the next steps and how far he goes is how he can producing these displays on the field because that is where you are going to be assessed.

“In my opinion, he can be anything. It depends how he develops.”

It is a difficult situation for Kelleher, as Achterberg acknowledged that “he needs to play games” in order to prove he is capable of operating at senior level for club and country.

The Dutchman added that he “shows every day in training his speed and reactions,” but his appearance at Stadium MK would help him “make big strides and steps.”

Liverpool opted against sending Kelleher on loan in the summer, instead sanctioning another move for Kamil Grabara, with Pepijn Lijnders explaining Jurgen Klopp‘s coaching staff “felt he is ready to be involved.”

Lijnders shares Achterberg’s opinion of the youngster, describing him ahead of his debut as a “special” goalkeeper who would take the “next step at the right moment in time.”

Kelleher has expressed a willingness to head out on loan to gain first-team experience, though he is also of the belief that he can progress in training.

But this could be the “next step” in fulfilling his vast potential, with Andy Lonergan capable of filling in as third choice in the second half of the season.