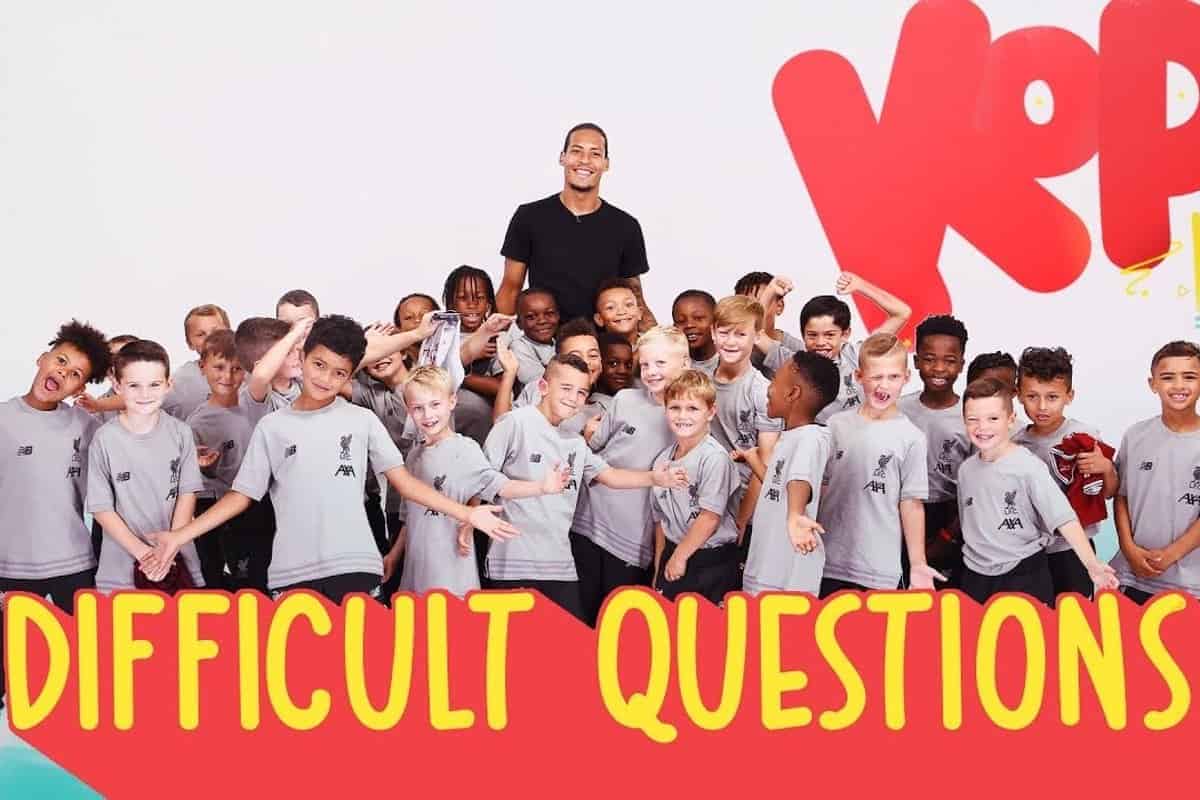 Virgil van Dijk was the latest Liverpool star to be subjected to a tough line of questioning from the club’s youth players, with hilarious results.

Usually it’s Van Dijk himself who asks all the questions on the pitch, with opposition forwards usually found wanting.

This time, though, the tables were turned as Van Dijk faced a grilling from Academy U8s, who were allowed to ask whatever they wanted.

It didn’t get off to a great start, when one youngster cheekily informs our No. 4 that he’s “a bit disappointed”—as he was expecting Mo Salah instead!

Questions are fired the way of the big Dutch defender about on- and off-pitch events, ranging from how Van Dijk felt at winning the Champions League to the all-important detail of whether or not he picks his nose.

There are questions of who the most famous person is in his phone book, his favourite food and his spending habits.

In addition to providing answers, Van Dijk also has plenty of advice for the young hopefuls, on enjoying football and not worrying about what other people think.

He even has a brilliant message to one young Everton fan—”it’s gonna be a tough year for you again!”

Once again, it’s a fun video showing the great personality and character displayed throughout the Liverpool squad, and a great chance for plenty of youngsters to get up close and personal with their heroes.