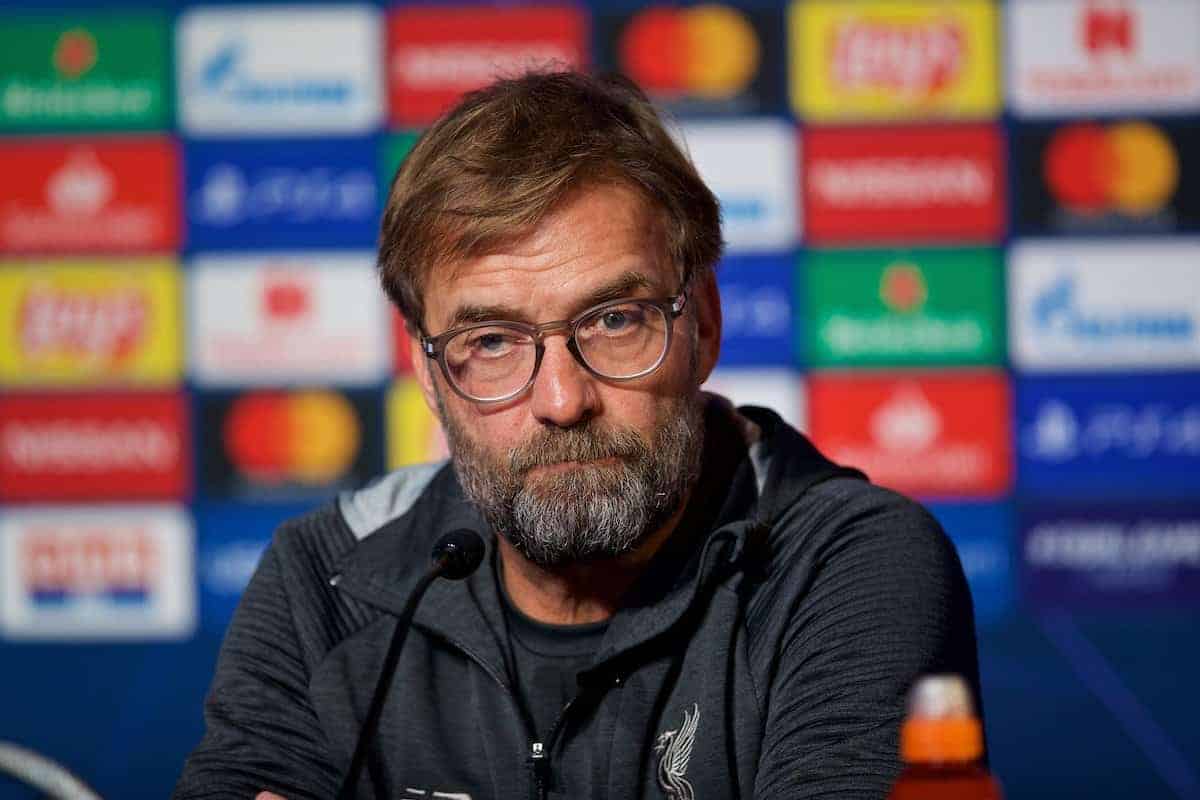 Jurgen Klopp addressed the game’s media ahead of Liverpool’s Champions League game at Genk and warned his side that their away form in Europe must improve.

The Reds went all the way to the final last season despite losing all three away group games—and they also lost at Napoli this term in the only away night so far.

A trip to Belgium to face last season’s league champions is another opportunity to put that statistic right, and although Klopp acknowledged the strengths of KRC, he was keen to not overly build them up and urge his own team to improve instead.

The Reds did, of course, win in Munich and Porto last season, but that result alone can’t hide the fact that defeats have been more common when playing away from home.

Barcelona, Napoli, Red Star and PSG all beat a travelling Liverpool last season and the boss is keen to ensure Genk don’t join the party, pointing out that the Reds cannot rely on the group being as close-fought as it was a year ago.

“Last year we were lucky with how tight the group was,” he told reporters. 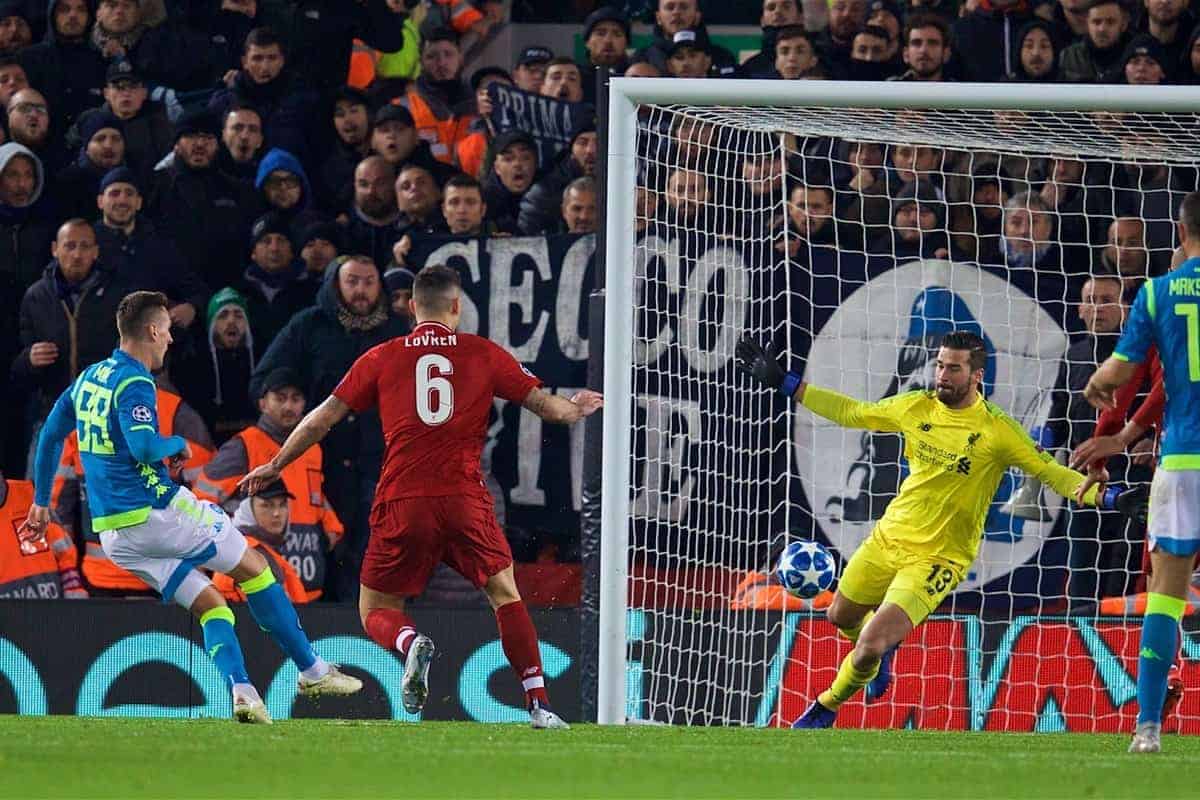 “You could lose three times away and still have a chance to make it through—it won’t happen this year.

“We don’t rely on home games; obviously we like to say European nights at Anfield are special but others can say that too.

“We know that’s not historically good, but in general the Champions League was really good, we did the right things in right moments. We know we have to improve and we try again until it works out.”

On Genk themselves, Klopp spoke in positive terms about the Belgian First Division A side, noting the Reds will have to be on their game to get a result.

“Really good football-playing team, good organised [side] and brave in their positioning,” he said.

“If you press them high maybe not that much [build-up] but they go for second balls, they have speed, wingers inside, good midfielders, very active full-backs.

“I am really impressed, it’s just a good team with a good idea of football and we have to make a really, really good game to have a chance to win. That’s why we are here.”