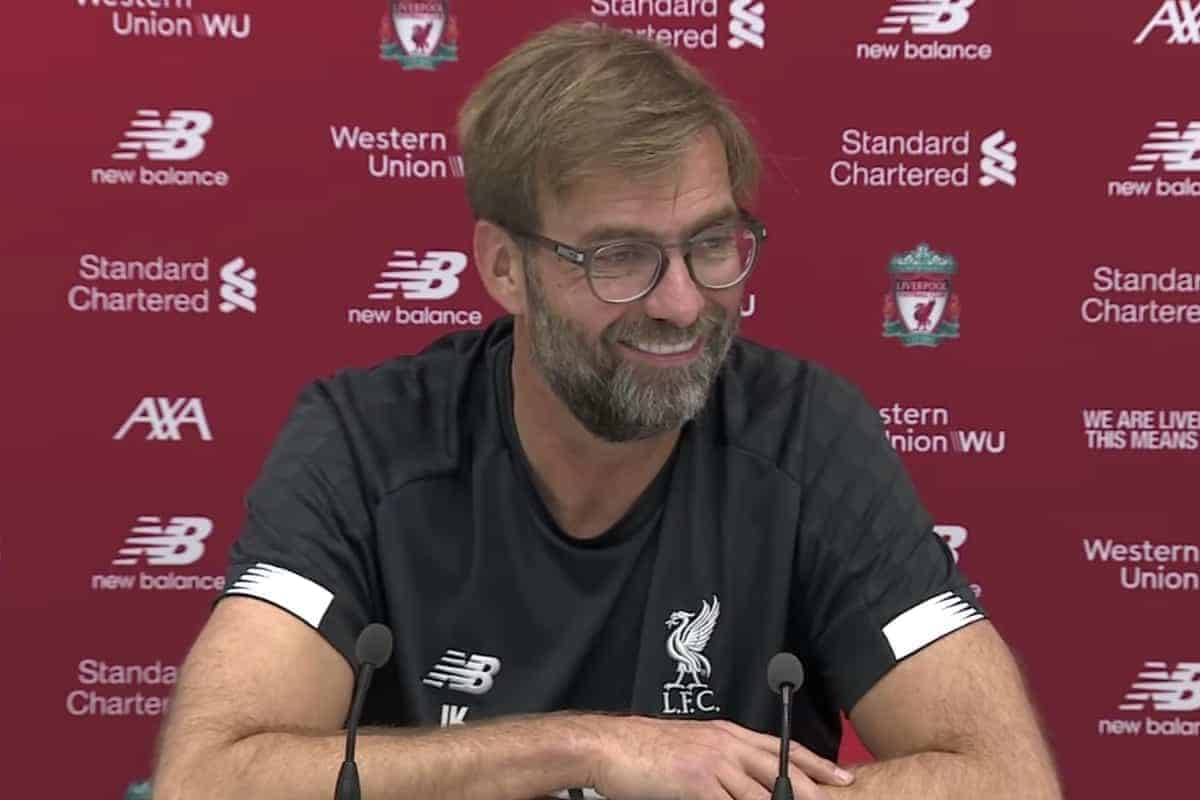 Ole Gunnar Solskjaer has described Liverpool as the “perfect game” for Man United to bounce back, with Jurgen Klopp urging his side to prove that wrong.

United lost 1-0 at Newcastle last time out, a result which leaves Solskjaer’s side 12th in the Premier League and 15 points behind the Reds at the top.

Defeat on Sunday could see United move into the relegation zone if other results go against them, which could serve as further motivation for Liverpool.

Solskjaer has claimed this is the “perfect game” for United to respond to their dismal start to the campaign, but speaking on Friday, Klopp said “it looks like Man United is the only one who wants to play us!”

“I have never really struggled with confidence, to be honest,” he said, when asked if he is worried by his poor record at Old Trafford.

“I don’t know for which reason, but never before a game. I’m quite optimistic that we have a chance!

“That’s pretty much what we have before each other game as well.

“History in this case is not really important, but it gives for sure a little sign.

“Because we like to create and use atmosphere in our stadium, in Anfield, which is incredibly helpful, but Old Trafford is not too bad in that department as well.

“So I’m sure they are all on their toes, they are ready, they wait for us.

“They said that we are the perfect opponent now, these are all things you can see like this, but you don’t have to see.

“I don’t think there are a lot of teams who would love to play against us at the moment, it looks like Man United is the only one who wants to play us!

“And we have to make sure that is a misunderstanding.

“It’s just normal, I would do exactly the same if the situation was the other way around.

“‘This is the game we can change the world’. That’s exactly how I would prepare it, so why shouldn’t Ole do that?

“But the history, our stats, absolutely have nothing to do with that.”