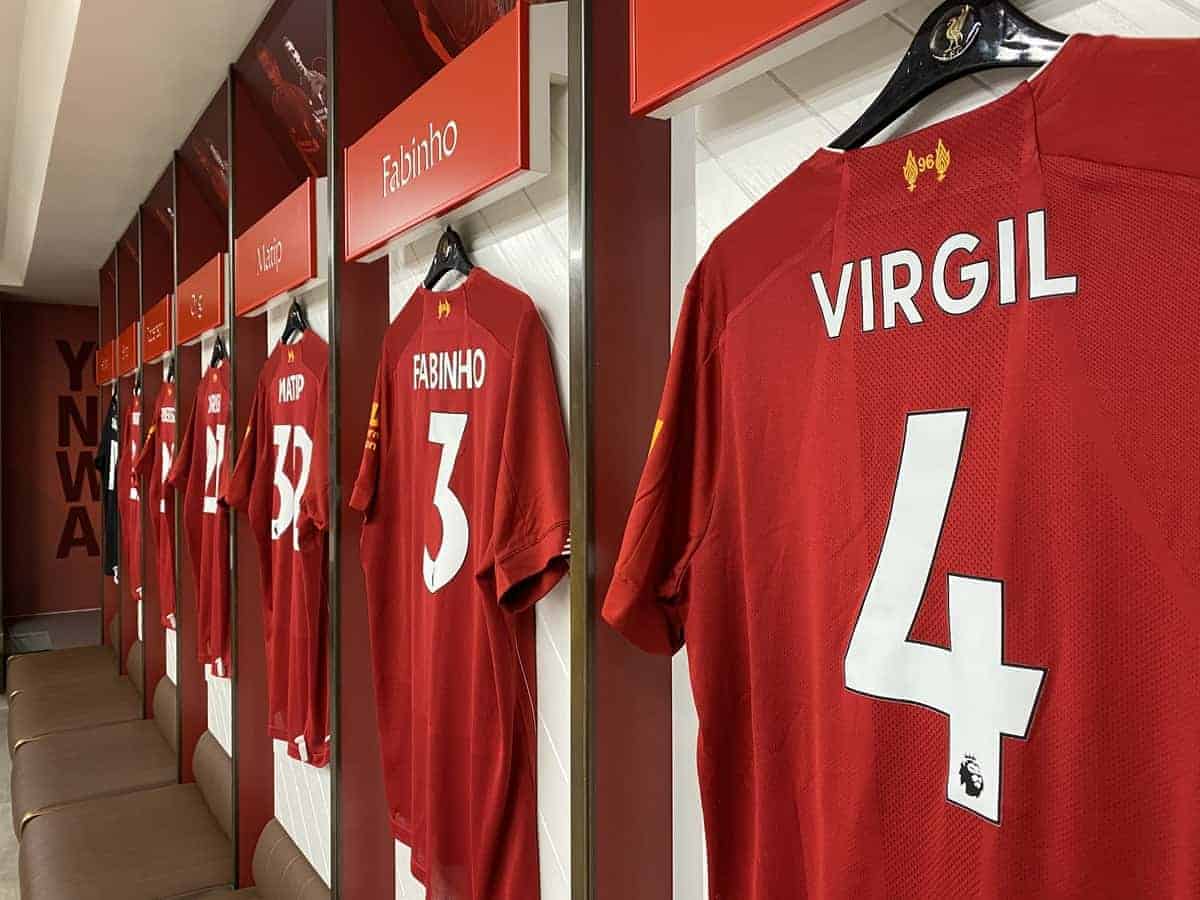 Jurgen Klopp has named Jordan Henderson in his starting lineup as they take on Man City in the Premier League this afternoon, in a huge clash at Anfield.

Three points over City would push the Reds a long way towards the title, and the pressure is on the hosts after failing to win either of their meetings last season.

A loss and a draw undermined a record-breaking campaign for Klopp’s side, finishing just a point behind City, but so far this season Liverpool are in a much stronger position.

Six points clear at the top, the Reds can extend this to nine with victory on home soil, and Klopp has named his tried-and-trusted lineup in order to do so.

Alisson starts behind a back four of Trent Alexander-Arnold, Dejan Lovren, Virgil van Dijk and Andy Robertson, with the left-back returning after a rare substitute role in midweek.

In midfield, Fabinho makes his first league start for Liverpool against City, having been limited to just 33 minutes in the two meetings in 2018/19.

The Brazilian—who scored in Monaco’s 3-1 victory over Pep Guardiola’s side in the Champions League in 2017—is joined by Jordan Henderson and Gini Wijnaldum.

And restored in attack are Mohamed Salah, Sadio Mane and Roberto Firmino, with the latter duo coming off the bench in Tuesday night’s 2-1 win over Genk.

On the substitutes’ bench are the likes of Alex Oxlade-Chamberlain, Adam Lallana and Naby Keita.

Meanwhile, Ederson misses out for City as Claudio Bravo starts in goal and Scott Carson takes his place on the bench. 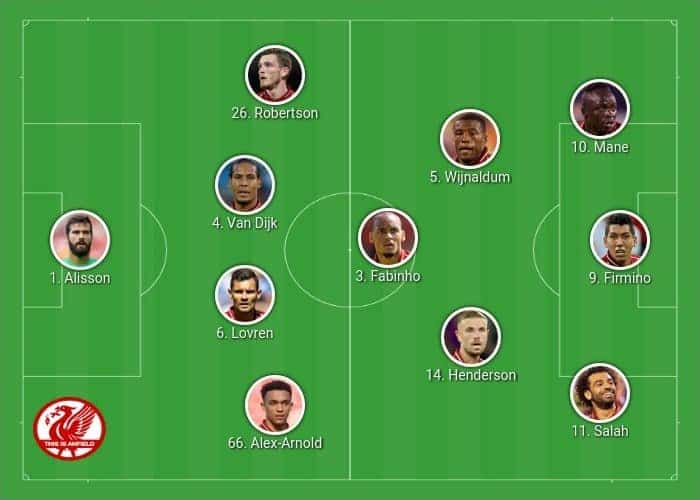