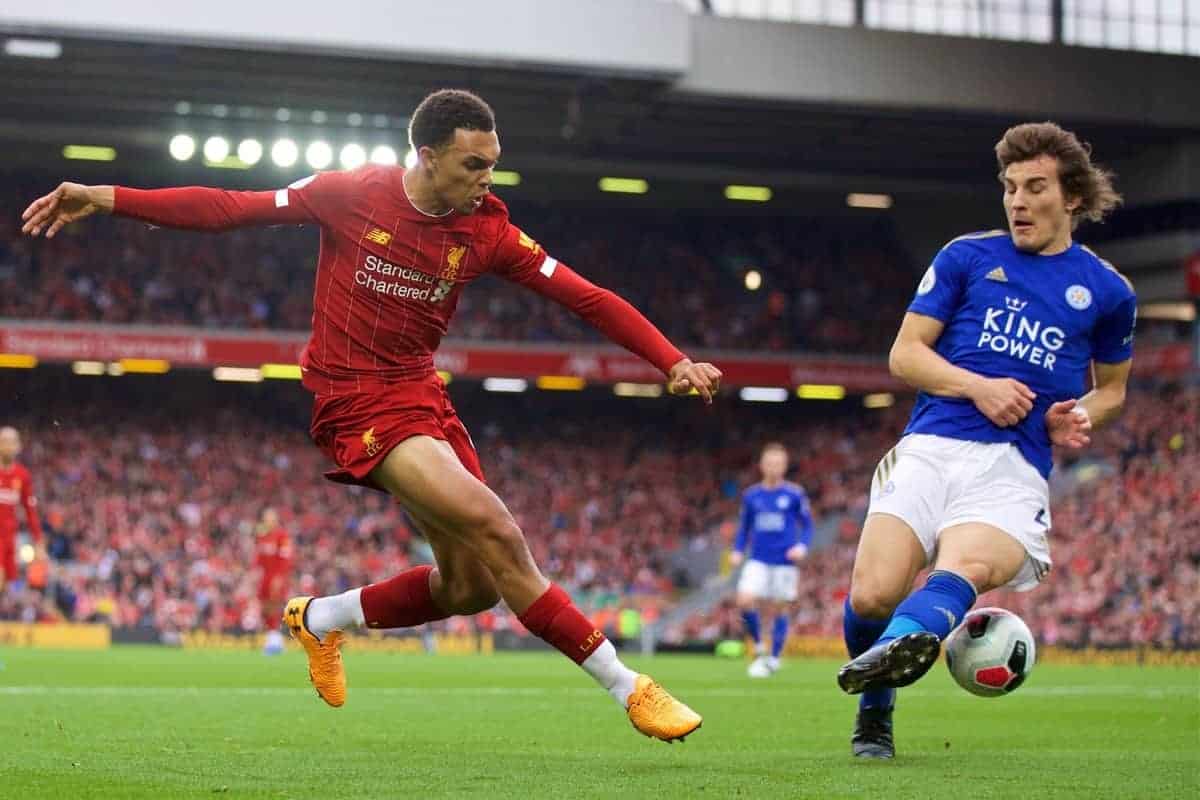 Jamie Carragher believes Trent Alexander-Arnold is so good that it’s like Liverpool having Steven Gerrard at right-back.

Alexander-Arnold continues to astound with his ability, with the general consensus that he is the world’s best attacking full-back currently.

The 21-year-old has redefined the position at Liverpool in many ways, acting as a playmaker from deep and producing devastating end product.

That was on show in the 3-1 win over Man City on Sunday, when his wonderful cross-field pass to Andy Robertson eventually led to Mohamed Salah heading home.

One of the many admirers of Alexander-Arnold is Carragher – someone who played at right-back for the Reds, but was far more limited as a player.

Speaking on The Anfield Wrap, the former defender lauded Liverpool’s newest Scouse hero, comparing him to Gerrard in terms of influence:

“I don’t think I’ve seen a full-back like Trent [Alexander-Arnold] before in the game.

“You’ve got great full-backs like Cafu and Roberto Carlos, overlapping and putting a great cross in, but he’s Liverpool’s playmaker.

“Liverpool’s setup isn’t that conventional, with midfielders hard-working, running and covering people – Trent is like a midfield player.

“It’s like putting Steven Gerrard there. That’s how I imagine he’d have played at full-back.

“When Stevie played with us, every time you got the ball you wanted to give him the ball, because you knew there wouldn’t be a simple pass next. It’s like that with Trent.

“Sometimes they (players like Alexander-Arnold) just take that extra half a second on the ball, because they’re looking for something to happen.

“I was watching him on Sunday and he could have given it to (Dejan) Lovren, but he’s looking for the left-footed pass (to Robertson).

“Liverpool are the best team in Europe and the playmaker is a right-back. I’ve never seen someone have that much influence on the ball in a team from that position.”

What Alexander-Arnold is achieving for Liverpool is remarkable, considering he has only recently turned 21 years of age.

He is more creative than the vast majority of midfielders in the Premier League, with arguably only Kevin De Bruyne possessing a more consistent final ball.

Carragher once joked that “nobody wants to grow up and be a Gary Neville”, because right-back has often been considered an unfashionable position.

Alexander-Arnold is completely changing that, however, making it one of the most exciting roles in this fantastic Liverpool team.