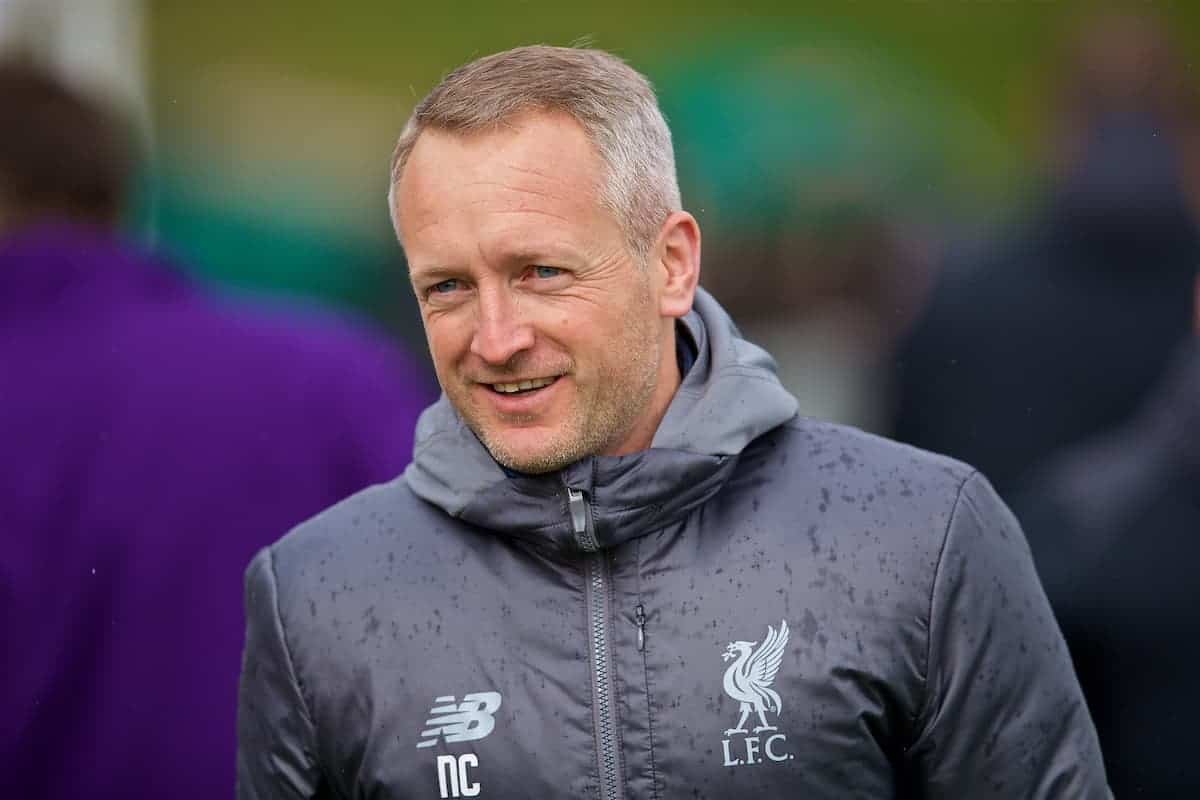 Liverpool’s under-23 coach Neil Critchley is set to be the man to take the helm for Liverpool’s League Cup quarter-final at Aston Villa next month.

The decision comes as Liverpool are set to play two games in two continents within less than a 24 hour period, with the quarter-final on December 17 preceding Club World Cup semi-final duties in Qatar the next day.

The Reds will invariably see their resources stretched across both playing, coaching and backroom personnel, but plans to cater for the two tournaments are starting to take shape.

The Times‘ Paul Joyce has reported that Jurgen Klopp will be in Qatar with the first team from Sunday, December 15, meaning the role of head coach for the Reds’ meeting at Villa Park needed to be filled.

But Joyce states that “it is increasingly likely” that Critchley, who has been at Liverpool since 2013, will be handed the role of overseeing what will be a Liverpool side bursting with young players.

The likes of Rhian Brewster, Harvey Elliott, Curtis Jones, Caoimhin Kelleher, Ki-Jana Hoever, Pedro Chirivella, Neco Williams and Sepp van den Berg – who have featured in one or both of Liverpool’s wins over MK Dons and Arsenal – will once again be called upon.

The team is set to mirror the schedule and practices that Klopp’s senior side undertake for a regular first-team match, and Critchley and fellow academy staff members have been spending more time at Melwood to learn and absorb as much information as possible ahead of the fixture.

Pepijn Lijnders had been mooted as the man to take over the mantle in Klopp’s absence before linking back up with Liverpool’s senior contingent in Qatar.

But Liverpool’s under-23s manager will now get the nod, but the senior figures at his disposal are to be limited as the likes of James Milner, Joe Gomez and Adam Lallana are expected to be in Qatar instead of Villa Park.

However, the report does state that Liverpool do not need to take a full 23-man squad to the tournament.

It would enable them to utilise players across both games, but, while “it would seem unlikely” a final decision on players flying to Qatar after the Villa tie “has still yet to be taken.”