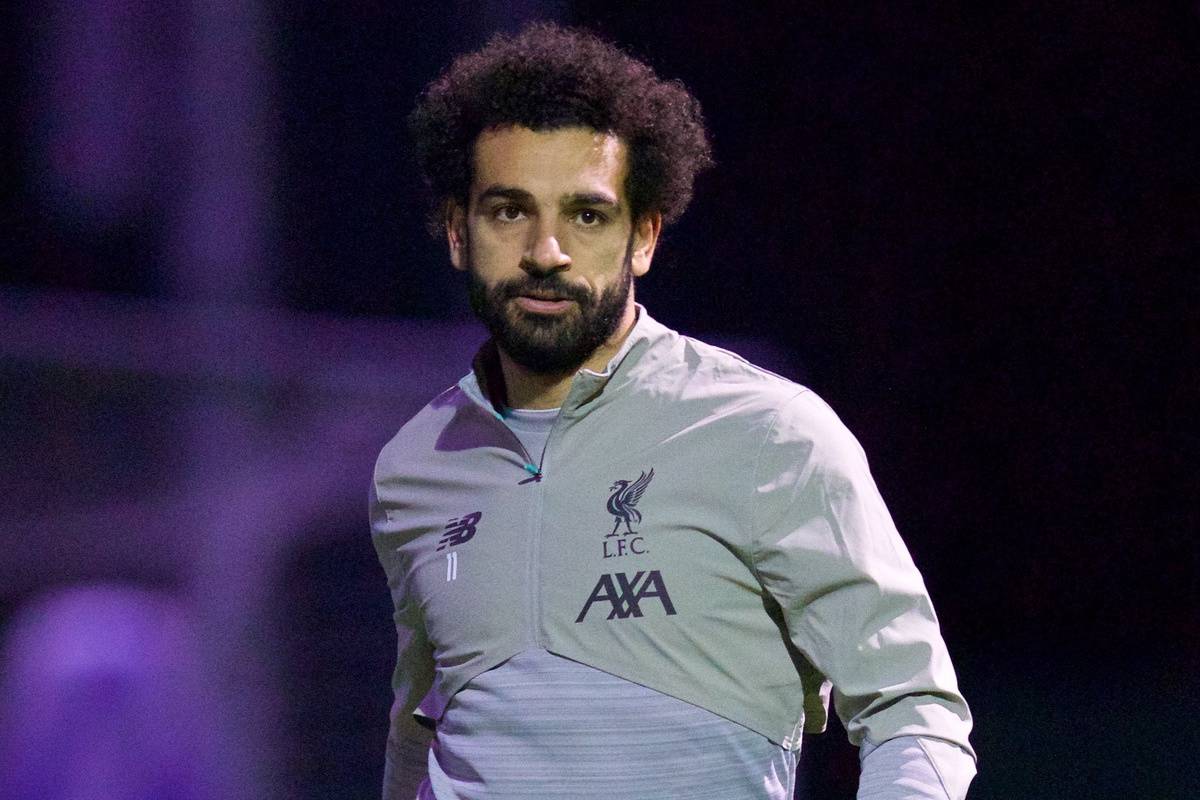 Mohamed Salah trained as normal as Liverpool held an open training session at Melwood ahead of the meeting with Napoli on Wednesday.

The Egyptian was an unused substitute in Saturday’s 2-1 win at Crystal Palace as the Reds opted for caution over his ongoing ankle troubles.

But in his pre-match press conference, Jurgen Klopp provided a positive update on Liverpool’s No. 11 as he insisted he is “not worried about” the injury and that the forward has looked “really good” in training post Palace.

And aside from the continued absence of Joel Matip, the Reds will head into their decisive Group E fixture with Napoli with a full-strength side at their disposal. 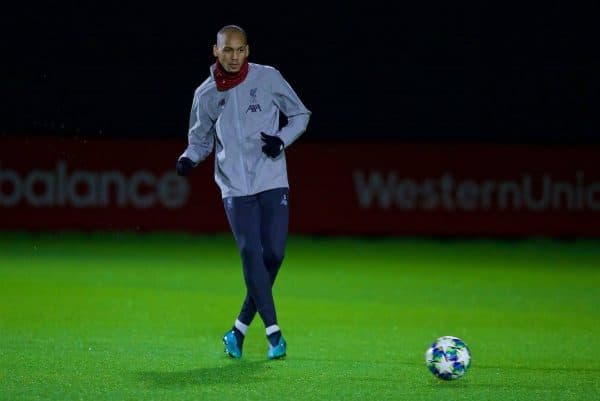 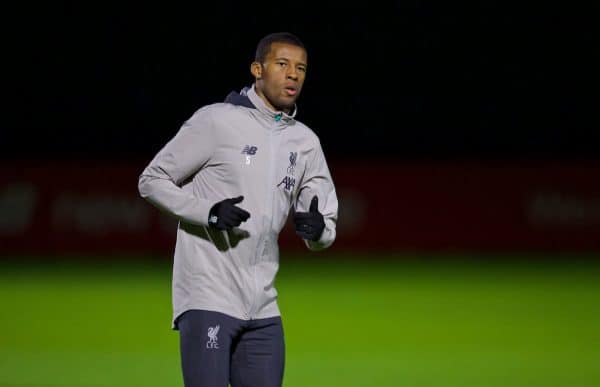 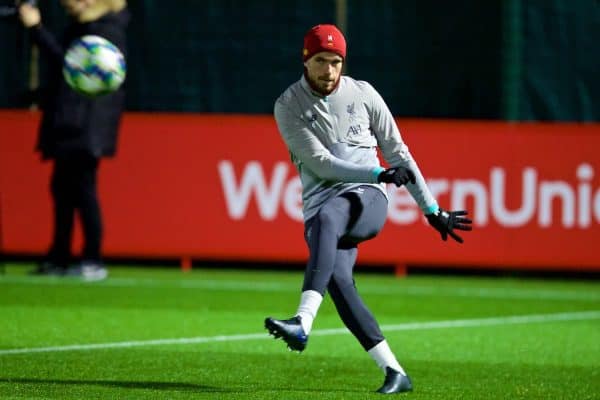 The boss is likely to turn to his ‘big game’ XI against the Italians which would see the trio of Fabinho, Jordan Henderson and Gini Wijnaldum start in the middle of the park.

Alex Oxlade-Chamberlain would then be the man to drop out after starting in attack last time out, while James Milner, Naby Keita and Adam Lallana all trained and will be hoping to see some action off the bench. 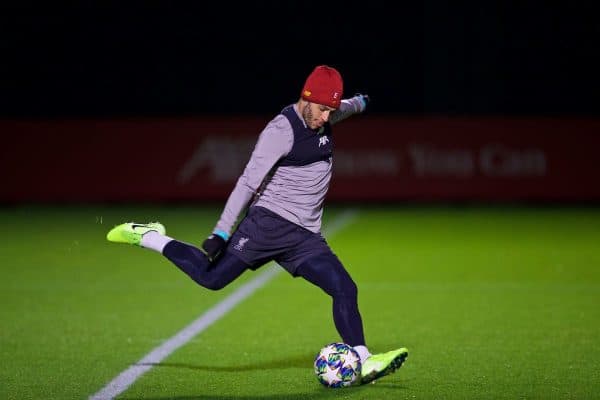 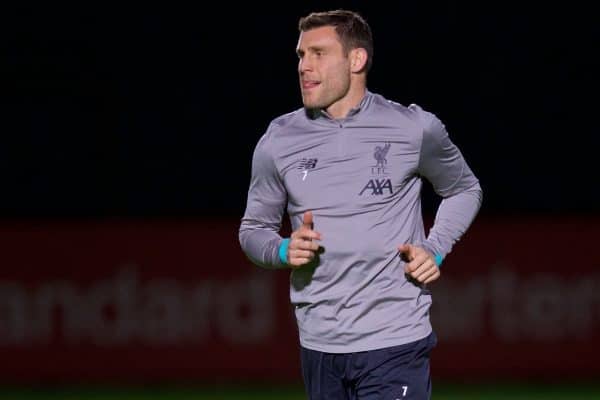 A younger contingent of Pedro Chirivella, Harvey Elliott and Curtis Jones were all present but are expected to feature for the under-19s in the UEFA Youth League on Wednesday afternoon, with Rhian Brewster a notable absentee.

Fellow forward Sadio Mane, however, was present and will look to continue his rich vein of form and add to his 10 goal tally. 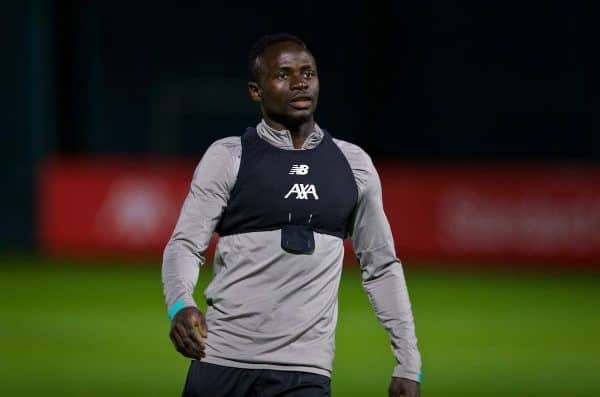 Xherdan Shaqiri was also present as he continues to work his way back to full match fitness after recovering from a calf injury.

And at the other end of the field, Virgil van Dijk, Dejan Lovren, Joe Gomez and Andy Robertson all took part, with the latter insisting he “feels fresh” as he continues to manage an ankle injury. 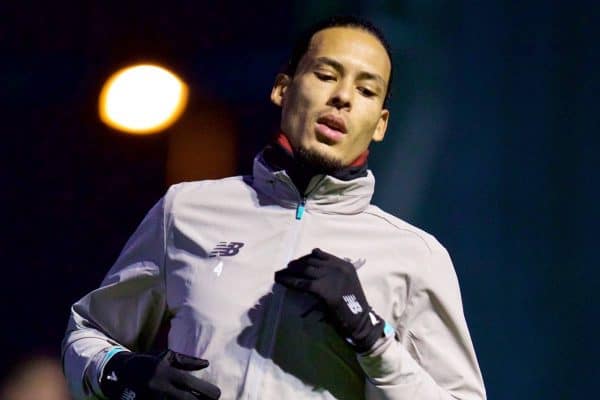 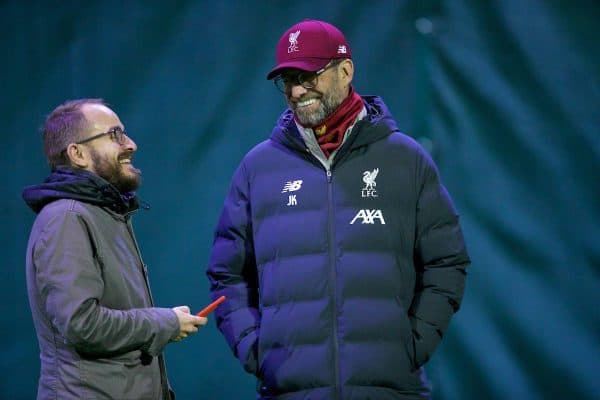 The left-back was the latest Red to touch on the lack of clean sheets on Tuesday after 10 games without one, and he is hopeful Liverpool can start afresh at Anfield in midweek.

It would ensure the Reds moved one step closer to the last 16, as three points will see Klopp’s side qualify top of Group E with a game to spare – paving the way for the ability to rotate the team against Salzburg.

The boss knows it will not be an easy task as Liverpool are to come up against “a very dangerous opponent”, but with an almost full squad at his disposal, the Reds are primed for a valuable victory. 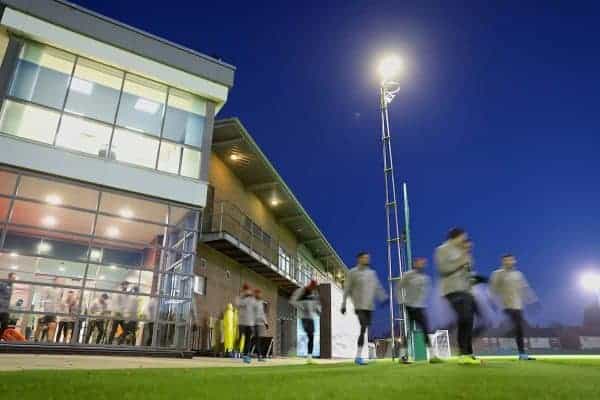