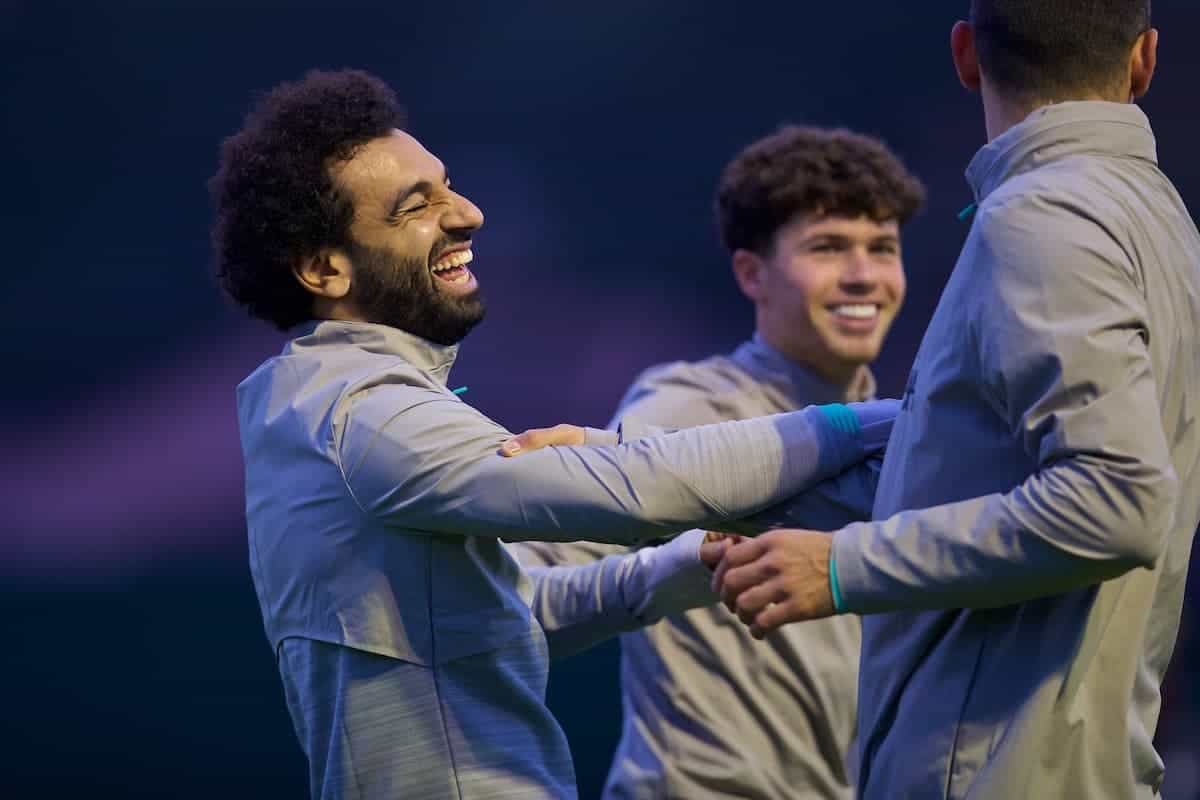 Jordan Henderson was absent as Liverpool trained in front of the cameras on Monday afternoon, ahead of the visit of Genk in the Champions League.

But as the Reds took to the training pitch at Melwood, there was no sign of Henderson, casting doubt over his involvement in the group stage clash in midweek.

There is no indication as of yet whether Henderson is injured, with Jurgen Klopp providing no update on his fitness in his pre-match press conference, but it is likely he will miss out.

Mohamed Salah was involved, however, as he continues to work his way back from an ongoing ankle problem.

It remains to be seen whether the Egyptian starts, with Klopp explaining ahead of the game that he is set to turn to “fresh legs” after the victory at Villa Park.

He is likely to alter his midfield setup, and along with Henderson at least one of Adam Lallana and Gini Wijnaldum should drop out, with Fabinho, James Milner, Alex Oxlade-Chamberlain and Naby Keita all training.

Fabinho was unused last time out in order to avoid suspension for this weekend’s clash with Man City, but should be restored to the engine room against Genk.

Youngsters Sepp van den Berg, Neco Williams, Curtis Jones, Harvey Elliott and Rhian Brewster were all involved in training, and will be vying for places on the bench.

But with the under-19s also playing the same side in the UEFA Youth League on Tuesday afternoon, they could join Barry Lewtas and Neil Critchley‘s squad instead.

Neither Joel Matip nor Xherdan Shaqiri took part, with their injuries set to keep them out until after the November international break.

But a full complement of centre-backs are otherwise available, with Virgil van Dijk, Dejan Lovren and Joe Gomez training, while Divock Origi is fit to supplement the attack.

With temperatures dropping on Merseyside as autumn sets in, many of Klopp’s squad donned cold-weather gear, including Alisson, who trained as part of the goalkeeper’s group with John Achterberg and Jack Robinson.

Speaking ahead of the game, Alisson expressed his desire for more regular clean sheets, lamenting the regular concession of “stupid goals” this season.

In his pre-match press conference, Klopp paid tribute to his side’s next opponents, describing them as “a proper club” and “a really nice story,” in terms of how they develop despite losing key names every year.

He was quick to point out that, when read a list of their high-profile alumni, that Origi, “a Liverpool legend,” also began his career at Genk.

The manager dismissed questions on City, with his focus solely on the Champions League at this stage, with three points on Tuesday night key.

Liverpool Squad in Training for Genk