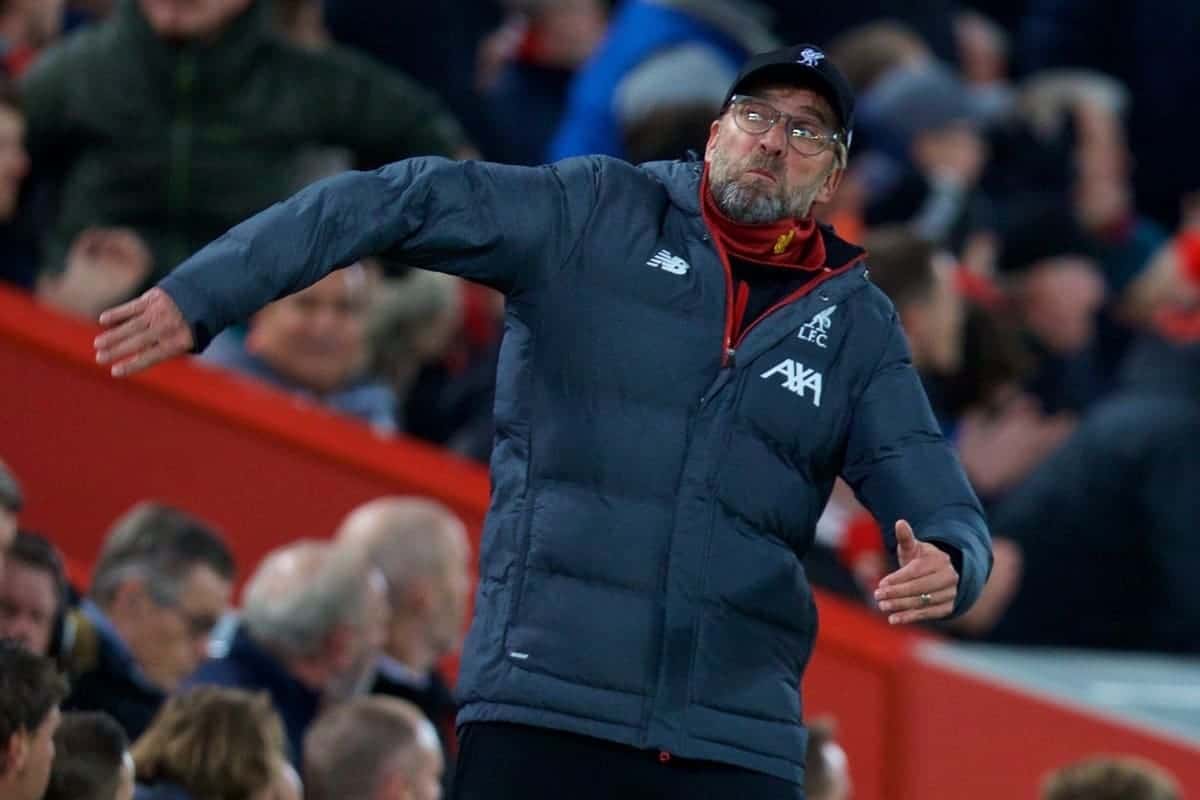 Liverpool secured a thrilling 3-1 win over Man City to extend their lead at the top of the table, and fans were in awe of another resounding team display.

A Premier League showdown to savour awaited Liverpool at Anfield, where the chance to increase the buffer over City and strengthen their position at the summit presented itself.

And while City were the quicker of the two teams to settle in possession, it was a Fabinho stunner which saw the Reds settle first where it mattered most: the scoreboard.

Mohamed Salah followed up soon after with a header across Claudio Bravo to leave the visitors shell shocked and Anfield rocking.

It was a feeling which continued long into the second term as Sadio Mane was next to join the party as the Reds refused to take their foot off City’s throat.

Bernardo Silva would peg one back, but it was too little, too late as Liverpool safely secured all three points to move nine ahead of City and eight clear at the top following results elsewhere in the league.

I cannot believe that from Fabinho. What an absolute screamer. Not only can he defend, he can score absolute worldies.

Best DM in the world.

“Fucking hell, Fabinho channelling Stevie G circa 2005 for that one”

Fabinho doing his best to not only win the match but a Nobel Prize simultaneously – as he turns so beautifully it defies our known grasp of physics itself.

Someone feed me that Andrew Robertson cross for the rest of my life….its beautiful

The ball from Trent to Robertson in the build-up to Salah's goal was as good as Robertson's cross. #LIVMCI

Stunning goal built by the two best full-backs in Europe. Trent creates it with that crossfield pass, Robertson delivers a stunning cross and Salah is never going to miss. What a sensational football team.

Utter madness. Feels like Liverpool haven’t even started playing football and we’re 2-0 up. Love to see it.

Sensational first half from Gini Wijnaldum. One of his best performances for LFC

That's 80 #LFC goals for Mohamed Salah & is closing down on the tallies set by the two other phenomenal strikers of recent times.

“YOUR CAPTAIN. YOUR FUCKING CAPTAIN.”

Gini Wijnaldum having an absolute belter of a game. Don't think I've seen him run past this many players before.

Alisson is just as important as Virgil

“Lovren having a great match – he’s put a string of them together now
Very very focused.”

The captain put in some shift there. Obviously not 100% fit but outstanding for the hour or so he played. No coincidence we lost control after he went off. Stunning assist too.

It’s hard to think of a Liverpool team I’ve felt as connected to as this one. Every single player gave everything and we really are the best team in Europe.

You love to see it ?

What a result. What a performance. 8 points clear top of the league. City 4th. #LIVMCI

Massive win, brilliant performance & Pep making a fool of himself on the touchline.

But it was fortress Anfield and Liverpool’s undeniable growth, passion & quality which took centre stage…

'Liverpool, top of the league'. That chant is getting louder each week. #LFC

Liverpool played amazing. Liverpool played three different formations. The midfield and defense were so good, the front three ran so damn much. The substitutions calmed, organized, and mostly brightened the side. I liked it a lot.

Pep’s fuming, Sterling’s lost his head and the Reds are magic. What a performance, every man wanted every ball. Special shout for the midfield, Fabinho, Henderson and Gini superb. Passion and desire all over. Nine. Points. Clear. #LFCdigest

What a win. A performance that had a bit of everything, heart, determination, skill, passion, unbelievable football played in the background of a bouncing Anfield

“Reds were great overall, what a performance. Every player did their job. Midfield brilliant (Fabinho though, baller). Special shouts to Hendo, Gini and dare I say it, Lovren”

Every player was brilliant, rose to the occasion and delivered exactly what Klopp would have wanted. This a phenomenal City team and yet #LFC were better. 8 points clear in November is an ode in itself to just how good a side Klopp has built.

Incredible how Klopp manages to strengthen his players mentality, it’s one incredible ability. You’d struggle to find anything similar in football nowadays.

Running out of superlatives to describe this team at this point.

What a great result done excellent performances [email protected] including the supporters ?a long way to go but I’d rather be 9 points ahead than adrift!!ynwa folks enjoy tonight