Liverpool return to the top flight as world champions in a heavyweight Boxing Day clash with Brendan Rodgers’ Leicester City.

The Reds return to Premier League action as world champions off the back of their 1-0 win over Flamengo in Qatar, where an opportunity to extend their lead over second-placed Leicester awaits.

Jurgen Klopp‘s side currently sit atop of the table with a ten-point advantage over the Foxes, with a game in hand, following the hosts’ defeat to Man City last time out.

While Brendan Rodgers’ side has faltered in recent weeks, Liverpool are in a formidable run of form with the first team having notched seven successive victories with a defeat yet to come their way in the top flight. 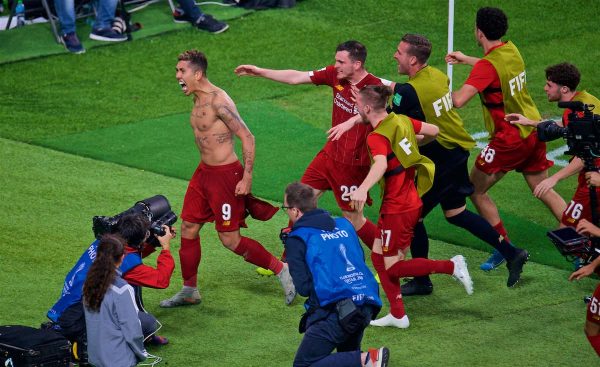 But another test of their credentials will await at the King Power, with Leicester having only twice dropped points at home in the league this season, to Norwich and Wolves.

The outing is the Reds’ first in a run of four games over a 10-day period, and those of the Liverpool persuasion will be hoping for a belated Christmas present to kickstart the relentless schedule with all three points.

A win here would ensure Liverpool’s lead at the summit remains in double figures over both Leicester and Man City, who play Wolves the following day. 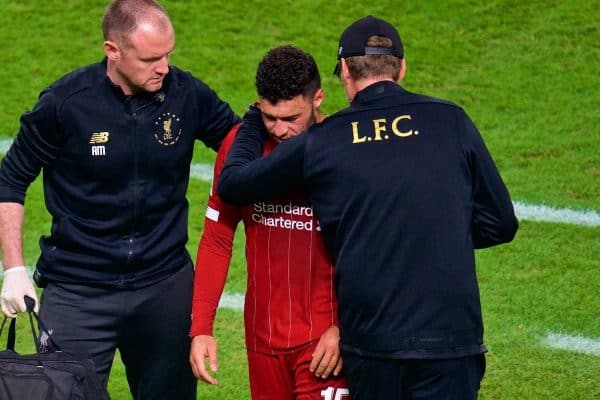 The greatest concern in the Liverpool camp remains over Alex Oxlade-Chamberlain‘s fitness after the midfielder sustained an ankle injury in the Reds’ Club World Cup win over Flamengo.

Klopp confirmed in his pre-match press conference that the No. 15 has suffered ankle ligament damage and will be sidelined for at the least the rest of 2019, though his layoff is likely to be longer-term.

He will join Joel Matip, Fabinho and Dejan Lovren on the sidelines as the trio continue their respective recovery from injury.

Gini Wijnaldum, meanwhile, was an unused sub in the win over Flamengo and could again be named in the matchday squad after recovering from a hamstring strain against Watford.

It would boost Klopp’s options in the middle of the park, with Jordan Henderson, Naby Keita, Adam Lallana and James Milner all similarly available. 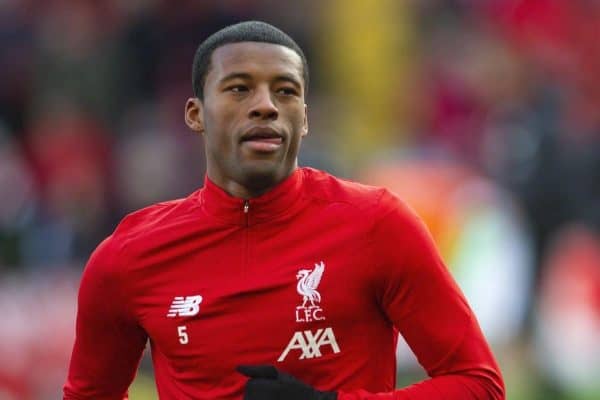 A place could again be made on the bench for Curtis Jones, while Xherdan Shaqiri is also an option should the boss look to change his formation.

Aside from the injury concerns, Klopp is again likely to field his strongest possible side – with the combination of Mohamed Salah, Roberto Firmino and Sadio Mane all potential starters.

The back five which shut-out Flamengo are again likely to get the nod, as the Reds look to further distance themselves from their current closest rivals.

The hosts, meanwhile, have few injuries to consider with Rodgers able to call upon a full complement, with Harvey Barnes the only player they are waiting on to prove his fitness after he was forced from the field against Man City with an ankle injury.

Last 5 away to Leicester (All Competitions) 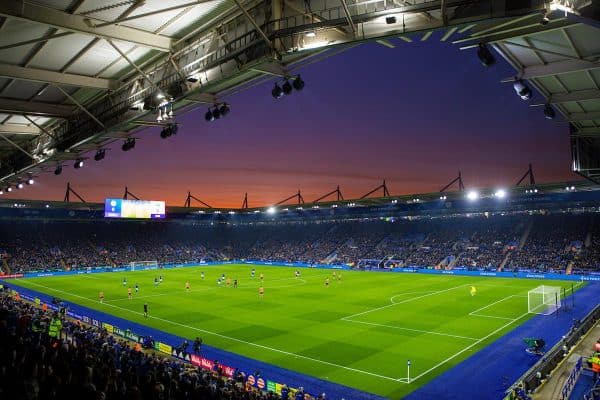 Away fans’ pubs: The Counting House, which is on the way to the ground

The Reds could make more history with a win against the Foxes as three points would take their tally to 52 after just 18 games.

A collection of points which would see them equal the all-time record for the most points collected at this stage of the season in the Premier League era, joining the 2017/18 Man City side who won 17 and drew one of their opening 18 games.

The Reds’ effort from last season (48) has already been surpassed, and they can claim the record for the best-ever start to a Premier League season with another four successive victories which would take their tally to 61 – two ahead of City.

Speaking in his pre-match press conference, the boss had praise for Leicester‘s high-quality side, noting that an ability to consistently name a similar team had been a bonus for them this season. He also pointed to his own team’s injury struggles and the fact that, so far, the Reds have found a solution.

“In midfield it’s highest quality with all the things: desire, hard players, aggressive challengers, super footballers. The wings, creative, quick…then you have Jamie Vardy on top of that and Maddison in between.

“We have only highest-quality players. It’s not the biggest group, it’s a small group and getting smaller week by week.

“But so far we could deal with it. To come through a season you need to be lucky in these moments that you can bring on a team which is able to win a game. That’s what we try to do.”

Liverpool’s Boxing Day clash with Leicester will be shown live on Amazon Prime from 7.30pm (GMT), with kickoff set for 8pm.

Chris Williams will be the one on This Is Anfield’s matchday liveblog, keeping you entertained and in the know with updates on all the action, starting from 7.15pm.