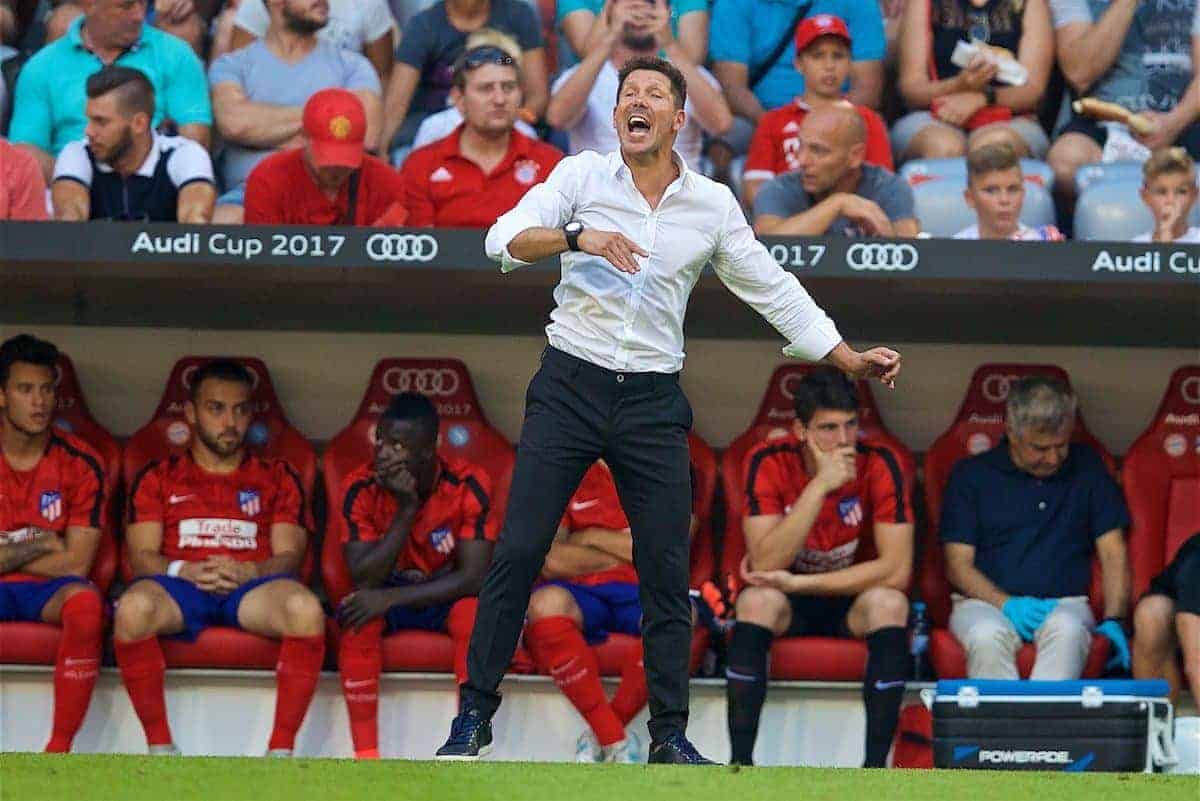 Liverpool will face Atletico Madrid in the Champions League last-16 and Reds supporters had a mixed reaction to the draw.

Jurgen Klopp‘s side made it through to the knockout stage last week after victory away to Salzburg saw them top Group E.

Liverpool were drawn against Atletico in Nyon on Monday morning, with the Liga side arguably representing the Reds’ toughest possible opponents.

This will be the first time the teams have met in the Champions League knockout rounds, having last met in the Europa League semi-final in 2010, when Atletico prevailed on away goals.

The ties will take place in February and March, with dates to be confirmed later on Monday.

Here’s how supporters reacted to the result on Twitter and Facebook, as Liverpool prepare to return to the Wanda Metropolitano after last season’s final success.

There was understandable concern from some…

Atletico it is. Not the team many had hoped for. Have every confidence in us but will certainly be a tough one.

Team I wanted to face the least tbh …#LFC #UCLdraw

Need a positive result away, Simeone could kill the tie if we need to win the 2nd leg.

“Very tough draw, going to be difficult to break down their stubborn defence.”

The wrong team from Madrid ffs ?

Others weren’t too worried, though, especially given Liverpool’s brilliance and Atletico’s mixed form recently.

2 goals in over 60 shots at home in the UCL. Suffering from bouts of self-doubt, having not scored in over four hours before Felix’s spot-kick vs Lokomotiv, only one win in their last eight games. #LFC should have no fear.

Always say we can beat anyone when the 2nd leg is at Anfield.

“Everyone saying it’s a toughie wonder what Atletico are thinking.”

I’m not fearful of anyone over two legs. Yes Atletico are strong, but they’re not quite the side they once were.

Guess everyone saw that coming haha, hard draw but return to Madrid and the 2nd leg at Anfield, feeling confident still.

Positive: Liverpool are used to teams sitting in a deep block 442 against them. Also, Atletico don’t score a lot.

“Tough draw but that’s the business we’re in. Looking forward to it immensely.”

That was our toughest draw but we will still go through.

Let us know your thoughts on the draw in the comments section.