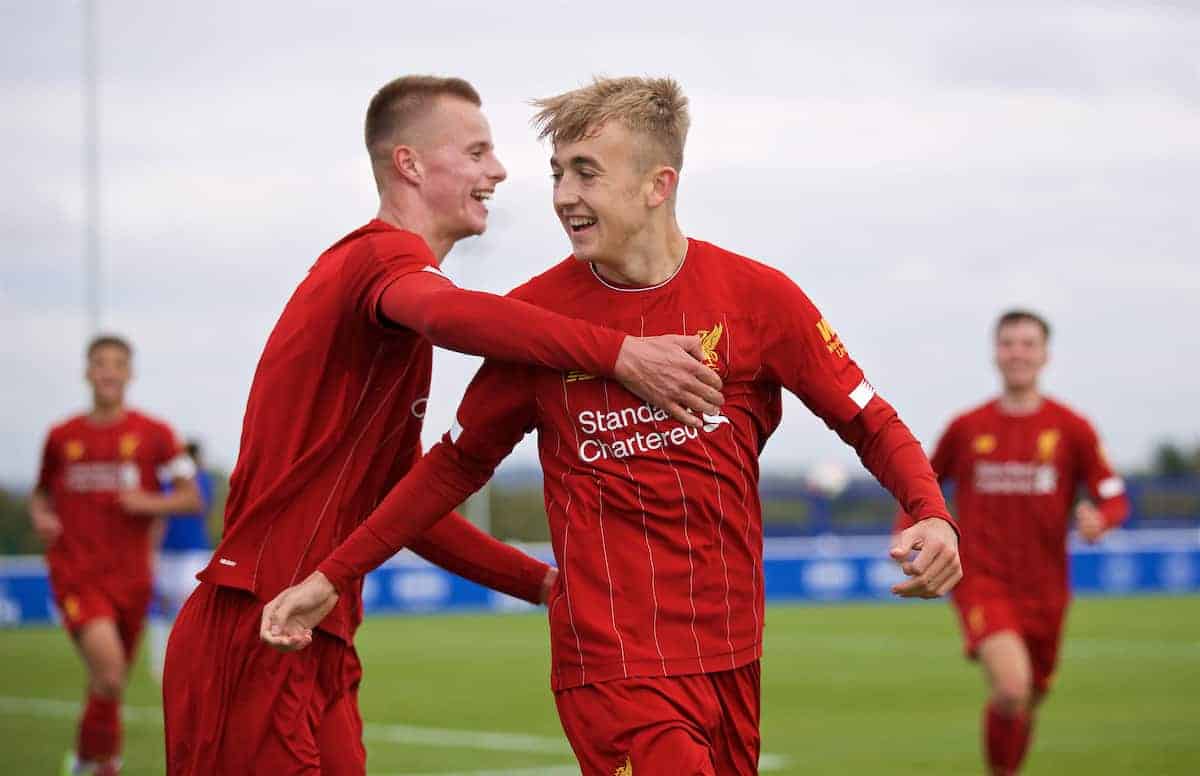 A devastating spell inspired by Jake Cain after the half-time break saw Liverpool U18s come from a goal behind to secure a 5-1 win over Derby.

Barry Lewtas‘ side returned to league action on Saturday off the back of their early knockout from the defence of their FA Youth Cup crown on Monday.

The young Reds made four changes to the starting lineup with Jarell Quansah, Dominic Corness, James Balagizi and Tyler Morton all returning to the fold, with Quansah returning to U18 action after missing the last game having taken up a place on the bench for the U23s who were in cup action on the same evening.

The U18s headed into the clash against Derby sitting in second position, five points behind leaders Man City who had played a game more than the Reds, and four points ahead of the hosts.

The opposition, however, were not to be underestimated and much like Liverpool’s first team, they were unable to keep a clean sheet and take their tally to four across all competitions having conceded on the cusp of half time.

Harvey Davies, who experienced a disappointing game after conceding two penalties on Monday night, had saved Dylan Williams’ initial driving effort, only for the ball to fall into Jack Stretton’s path who capitalised on an open goal. 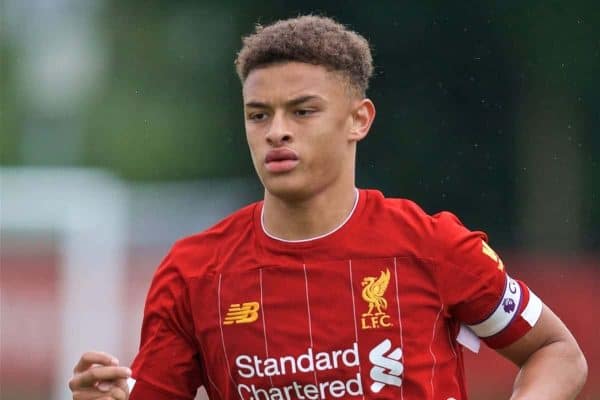 It ensured the Reds had it all to do after the break, but Lewtas’ side emerged with renewed impetus – with Jake Cain leading the charge.

The 18-year-old has been a standout across the academy this season and in a devastating three-minute spell Cain set up Liverpool’s opener and twice found the net himself.

Fidel O’Rourke first latched onto Cain’s delivery into the box to head home the equaliser before he turned provider as Cain finished off a sumptuous counter-attack before adding another swiftly after the kick-off with Conor Bradley providing the assist.

Liverpool’s emphatic comeback was not yet over, however, as Layton Stewart emerged from the bench to find himself as the next beneficiary of the Reds’ ruthless counter-attack for his tenth goal of the season.

An own goal late in the piece from Jayden Charles capped off the second half comeback which will see the young Reds emerge with a healthy dose of confidence, where a plethora of the squad will now turn their attention to UEFA Youth League action on Tuesday.