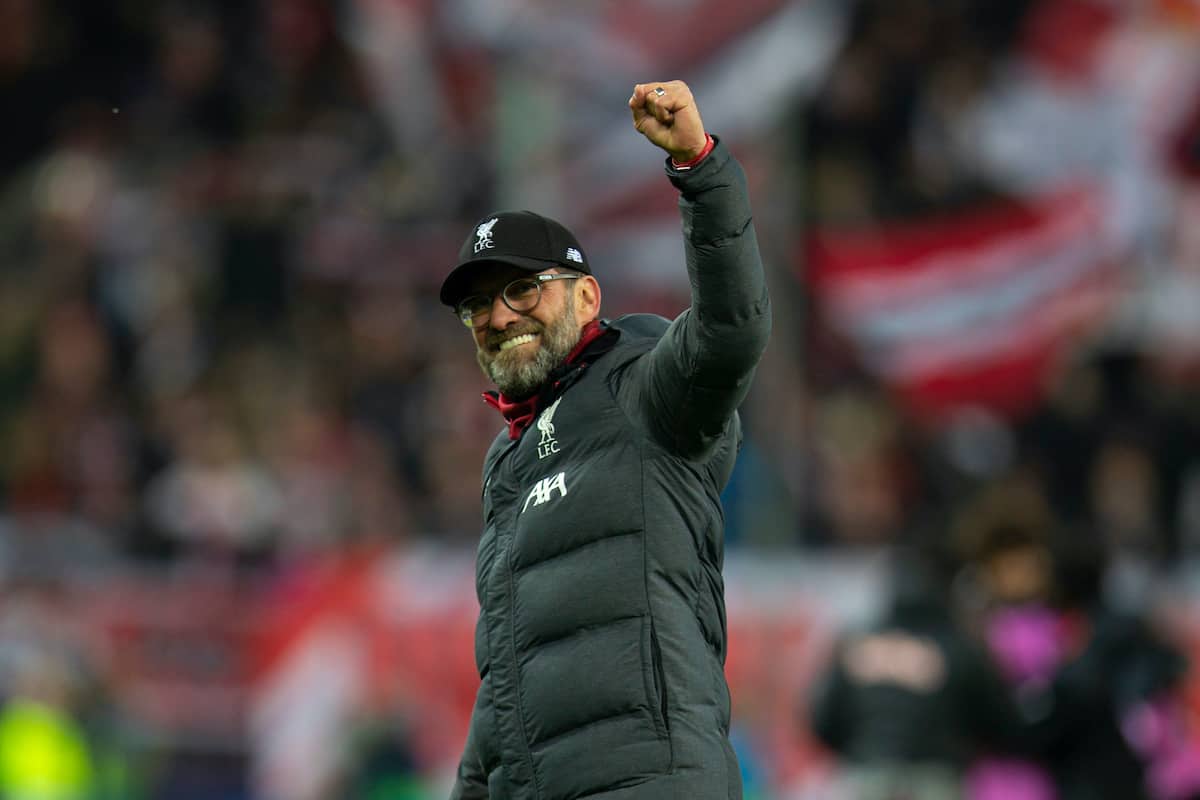 Liverpool manager Jurgen Klopp hailed a “sensational” goal by Mohamed Salah which secured a 2-0 win over Red Bull Salzburg and ensured progress to the last 16 of the Champions League.

The Egypt international had missed a hat-trick of relatively simple, by his standards at least, chances but slid home a curling shot from the narrowest of angles which virtually brushed the near post before creeping inside the far upright.

That came around a minute after Naby Keita headed home Sadio Mane’s cross, the two former Salzburg players combining to ease the nerves after Klopp’s side endured a challenging first half.

But the moment Salah’s goal went in it was plain sailing for the defending champions and the forward could still have had a couple more before the end.

Asked to explain the goal, Klopp said: “Thank God I don’t have to. It was for sure the most difficult situation he had tonight.

“He played really well but didn’t score in the situations we expect him to score, staying on track and making such a decisive but a difficult finish says probably much more about him than all the other goals he scored.

“He stayed concentrated, believed in the next moment and it was a very good goal. A sensational finish.”

Liverpool needed only a point to be sure of progress but went comfortably through as group winners and until the competition resumes in February can turn their attention to consolidating their place at the top of the Premier League – in addition to the Club World Cup in Qatar next week.

The Reds have an eight-point lead over Leicester domestically, having dropped just two points in 16 matches, and will feel confident they have a good chance of reaching a third successive Champions League final.

“Of course there are limits. We have to work hard to achieve what we want,” added Klopp.

“We wanted to move on to the knockout stage, that was important. It wasn’t our plan to be leader in the Premier League in December but it’s great to be there, but we need to use everything and work very hard.

“There are limits, but if the boys play like that it makes it easier for us. But they have to be ready and try to achieve their goals like they did tonight.”

The one downside to the performance was Dejan Lovren being forced off for the second successive match with a hamstring problem.

However, the manager is hopeful it is only a recurrence of the cramp he suffered at Bournemouth on Saturday.

“We hope it’s exactly the same like last time he felt something and we made a decision,” said the manager.

“It wasn’t cool. He played really well and was very important in those 55 minutes.

“We don’t know at the moment. Like last time, we have to see.”

Despite the disappointment at not reaching the knockout stage for the first time in their history Salzburg coach Jese Mensch was pleased with the display.

“It was like a heavyweight fight, and in the end Liverpool got a couple more punches in.”