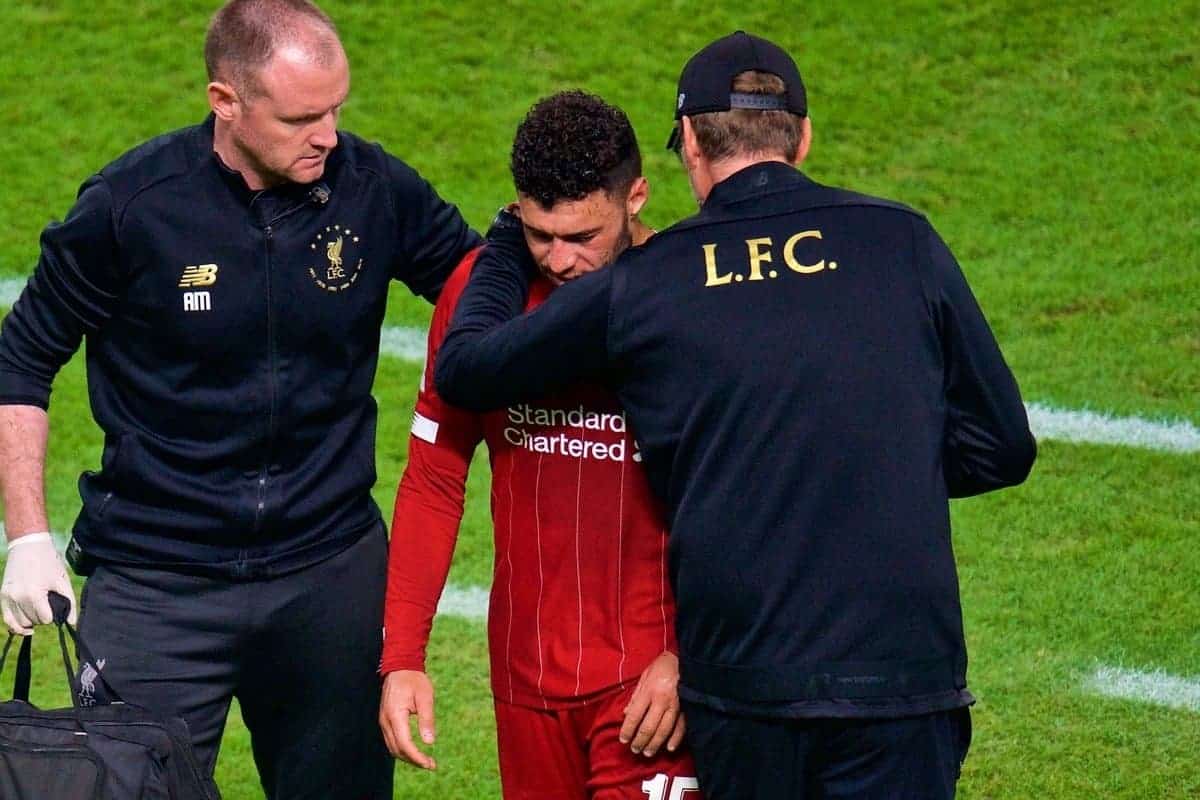 The midfielder made back-to-back starts in Qatar as he joined Naby Keita and Jordan Henderson in Jurgen Klopp‘s three-man unit, with Gini Wijnaldum not fit to start.

Oxlade-Chamberlain produced a mixed showing before slumping to the turf midway through the second half after landing awkwardly on his right foot.

Initially, it seemed as though he could have suffered another knee injury, but the problem transpired to be with his ankle, similar to Fabinho.

Like the Brazilian, Oxlade-Chamberlain was on crutches and with his foot in a protective ‘moon boot’ immediately after the game, as he joined his team-mates to take part in the trophy lift.

Speaking to reporters after the game, though, Klopp remained hopeful that it was not so severe, as he said the 26-year-old “seems to be OK.”

“When he’s landing he gets a kick. He feels OK, we will see,” the manager said.

“It is of course not perfect, but we will see if it is a ligament stretched only or ruptured, partially or not.” 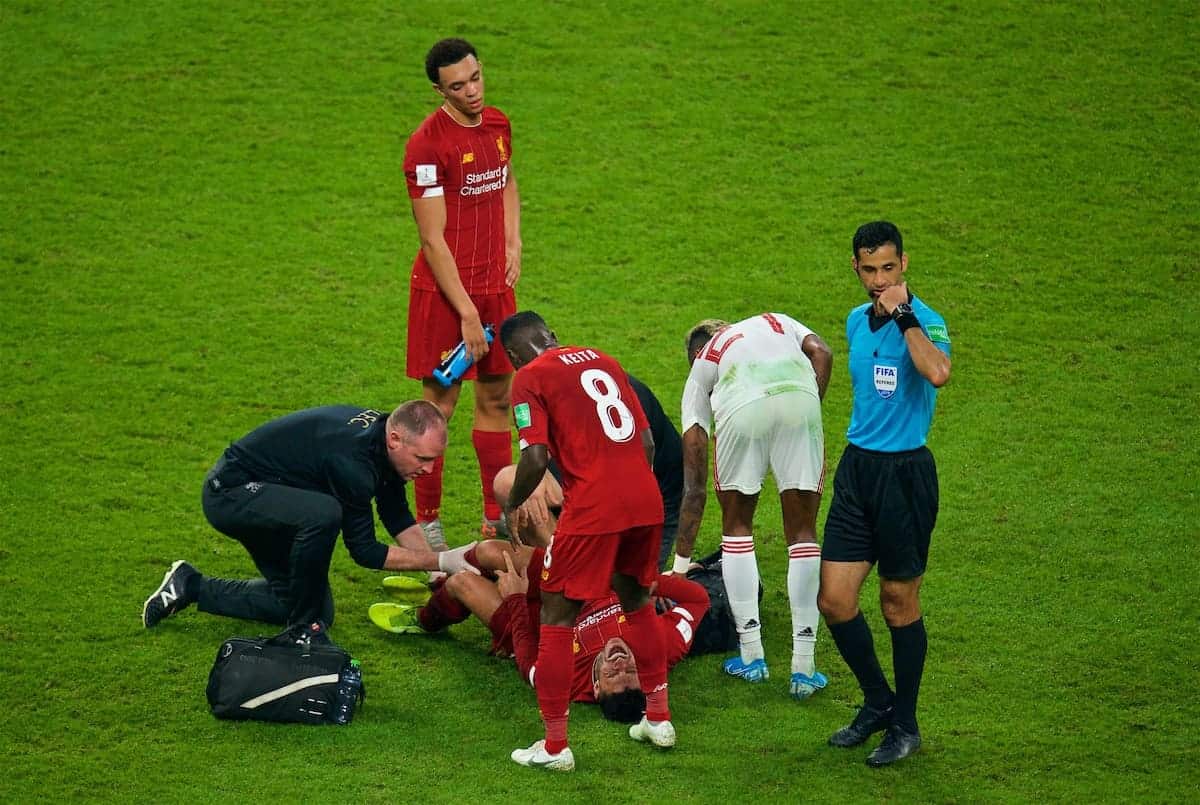 If Oxlade-Chamberlain has suffered ankle ligament damage like Fabinho, he is likely to miss a lengthy period, with the No. 3 sidelined since November 27 and not expected back until January.

Therefore the hope will be that it is only a minor issue, though this could rule him out of the upcoming run of domestic fixtures.

It is another blow to the Englishman, who has already missed a considerable stretch of his Liverpool career after a knee injury sustained in 2018.

Liverpool are likely to confirm the extent of Oxlade-Chamberlain’s injury on their return from Qatar.