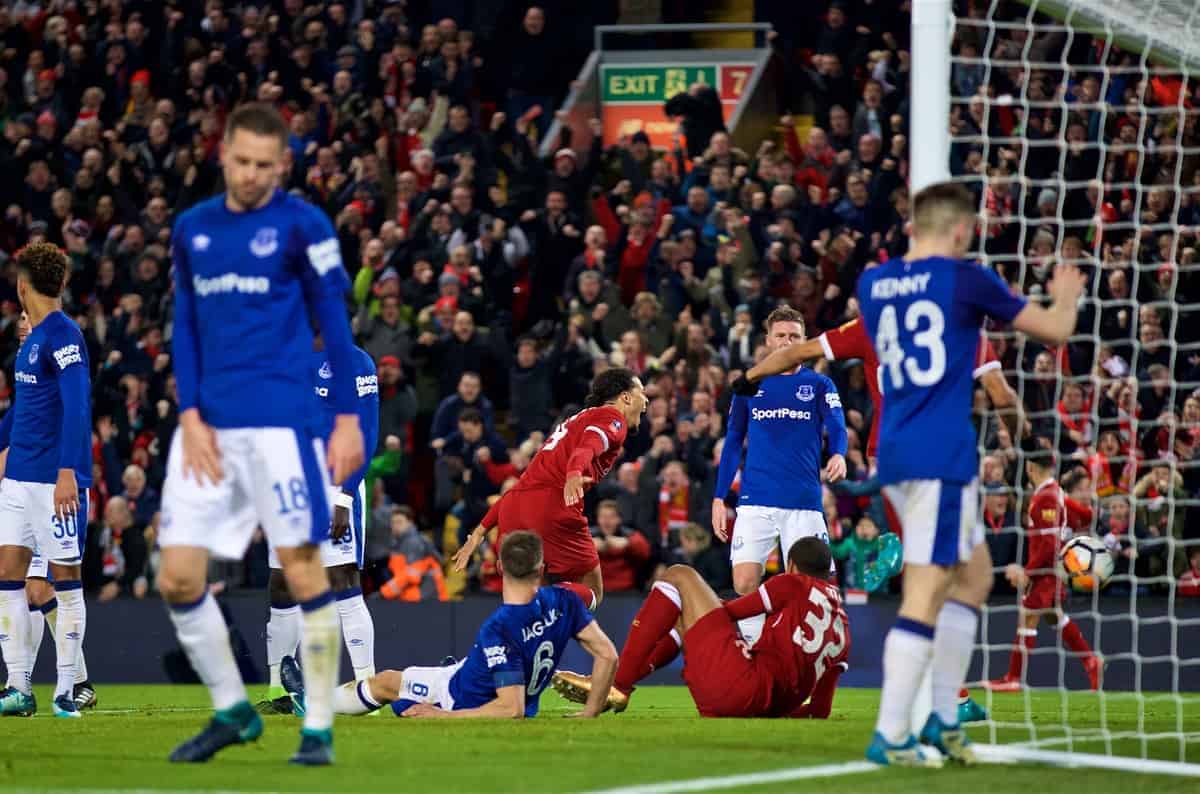 Liverpool have been drawn against Everton in the FA Cup third round, which will be played in the first weekend of January.

It will be the second Merseyside derby of the season, with the two sides facing each other this week in the Premier League.

The Reds last played the Blues in the FA Cup back in the third round just two seasons ago – when Virgil van Dijk headed a late winner on his debut for Liverpool.

The tie will be played at Anfield across the weekend of January 3rd to 6th, which is after a home game against Sheffield United (Jan 2) and before a trip to Tottenham (Jan 11).

Therefore, you can expect a heavily rotated side, as is the norm for Liverpool in domestic cup competitions, but especially after a run of 13 games in 40 days.

It should provide an opportunity for the likes of Rhian Brewster and Caoimhin Kelleher, with progress to the next round influencing whether they are allowed out on loan in January.

The Reds exited the competition at the third round last season with a 2-1 defeat away to Wolves.

The season before that saw a fourth-round exit to West Brom, which is the furthest Liverpool have ever got in the competition under Jurgen Klopp.

The Reds exited at the fourth round in the first three seasons under Klopp’s management – and have now been drawn against fellow Premier League sides in each of their last five FA Cup matches.

Liverpool last won the FA Cup back in 2006 under Rafa Benitez.