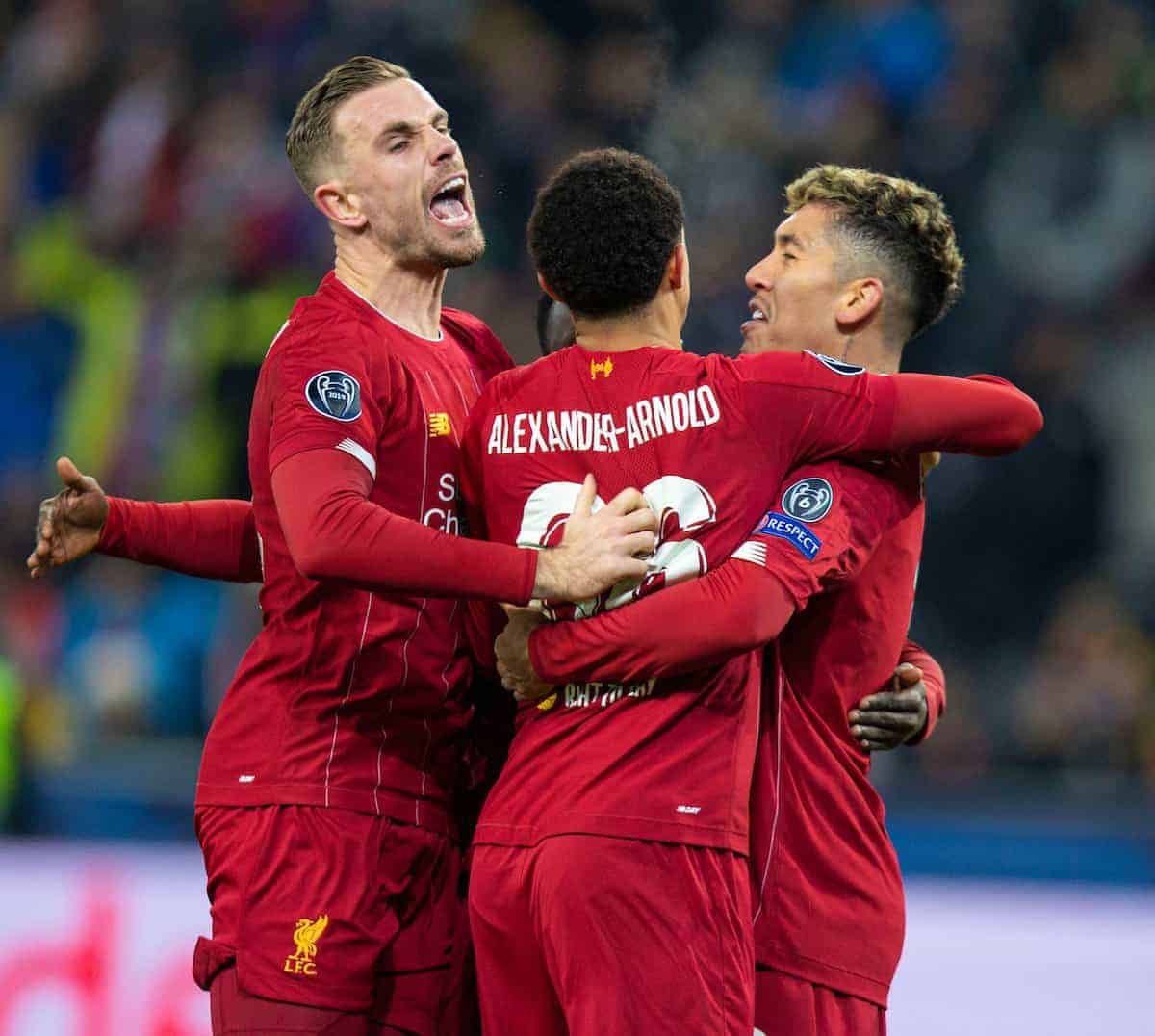 Salzburg, knowing that a win would see them progress to the knockout stages for the first time and in doing so achieve the biggest result in their history, started very well and tested Alisson early on.

The free-scoring home side, who had scored three or more goals in seven of their last 12 games, created chances and forced the Liverpool keeper into five saves in the opening 25 minutes.

However, their attacking play also left opportunities for Liverpool at the other end, making for an entertaining game.

Two good chances fell to Mohamed Salah, especially on the stroke of the half-hour when Naby Keita set him up with plenty of time and space on his left foot but the Reds’ No.11 put his shot wide of the near post.

Somehow, it remained goalless at half-time.

With Napoli 3-0 ahead vs. Genk at the break, it meant the second half basically provided three scenarios for the Reds: win and top the group, draw and progress second, lose and exit into the Europa League.

The second half began much like the first, with Salah missing two big, big chances, first failing to hit the target from a superb Sadio Mane pass, then failing to round the keeper on the edge of the box.

Meanwhile, dangerman Erling Haaland hit the side netting at the other end as it continued to be an open game.

Dejan Lovren then limped off for the second game in a row, replaced by Joe Gomez in defence.

The tie turned inside 100 seconds just before the hour mark, with Liverpool producing two goals.

The opener arrived via Liverpool’s two ex-Salzburg players, with Mane providing a superb cross for Naby Keita to head in for his second goal in two games.

Then Salah, having missed several good chances, produced the most incredible finish from the tightest of angles on his weaker right foot for a stunning goal.

The task now became stopping Salzburg producing a comeback like they did at Anfield earlier in the group – therefore preventing a team that had scored in each of their 25 games this season.

Liverpool did it, controlling the game much better – recording their first clean sheet in the Champions League this season and consecutive shutouts for the first time this campaign.

The European Champions top Group E, meaning they’ll face a second-placed opponent in the knockout stages and play the second-leg at Anfield in March. The last-16 draw takes place next Monday.