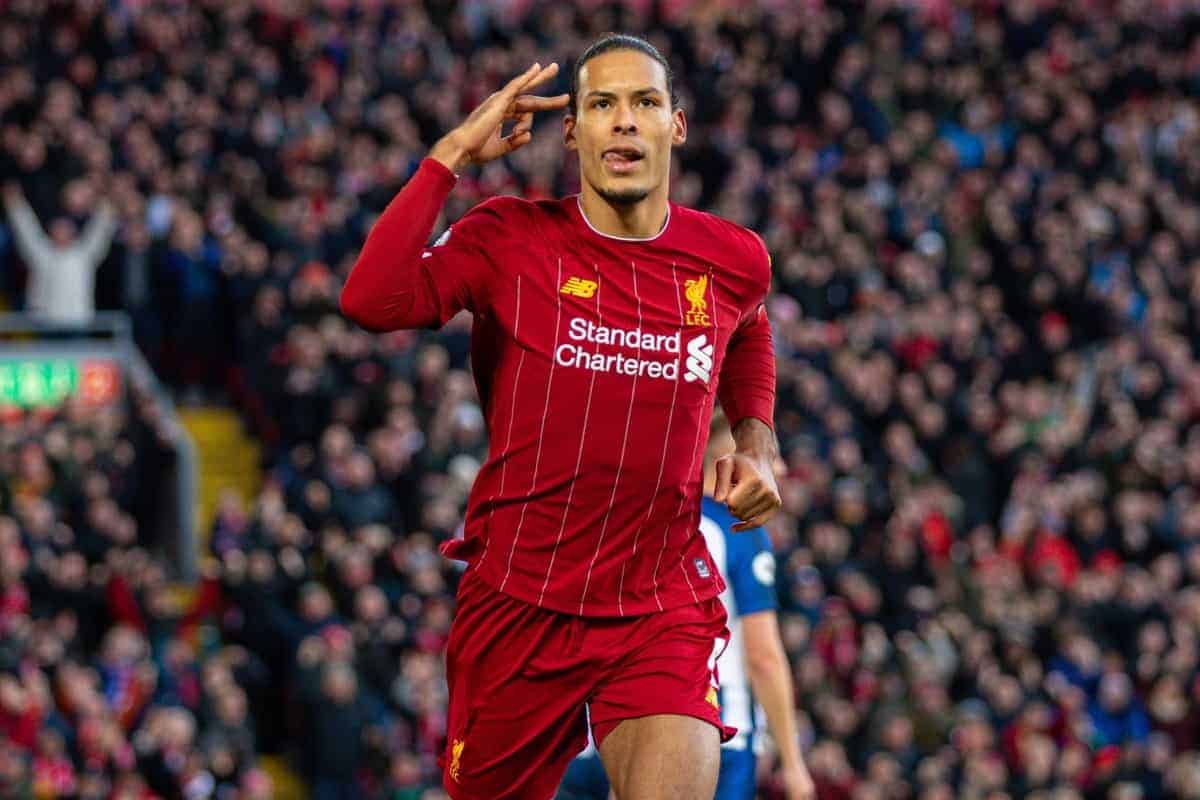 Liverpool’s players did not shy away from their performance levels as they took to social media to celebrate their 2-1 win over Brighton.

The Reds returned to domestic action intent on adding another three points to their season’s tally to maintain their strong position at the Premier League summit.

And they received a boost ahead of kick-off as Man City recorded a 2-2 draw at Newcastle, ensuring an 11 point gap over Pep Guardiola’s side would be opened up with a win over Brighton.

Liverpool needn’t long, however, to find themselves in the lead as 24 minutes into the encounter Jurgen Klopp’s side had established a two goal buffer after Virgil van Dijk twice found himself on the end of Trent Alexander-Arnold’s perfect deliveries into the box.

The Reds were far from their best at Anfield and while they had successfully kept Brighton at bay, a moment of madness from Alisson saw the No. 1 given his marching orders to turn the game on its head with 12 minutes remaining.

Adrian would see the ball roll into the back of his net from the subsequent free-kick to set up a tense end to proceedings, to which the Reds would, as they have so often the season, hold firm to clinch another valuable win.

For Van Dijk, when speaking to LFCTV after the game, while the end of the encounter was one the team was “disappointed” with, the result was another prime example of Liverpool digging deep. 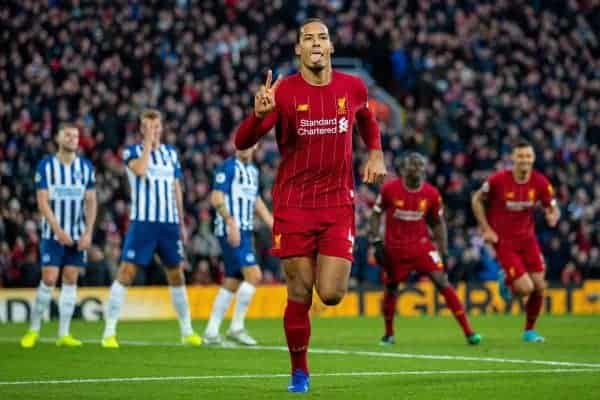 And the Dutchman also cast his eye towards one of the biggest games in the calendar, which he is sure the Reds will be primed for after a four day break.

“Obviously we’re disappointed with the way we ended the game.

“We have to show character, we have to fight. It was not an easy game, especially at the end. We had to dig deep and we did.

And for the provider of Van Dijk’s goals, Alexander-Arnold – who now takes his assist tally to five in the league this season – there was a similar disappointment in the performance but he felt the Reds’ ability to keep “momentum up” was the most important element of Saturday’s outing.

“A difficult day for us, probably one of the most difficult we’ve had at Anfield so far this season.

“We took our foot off the gas, maybe a little bit of complacency kicked in so we know we need to get out of that.

“We haven’t performed the way we wanted to but the run we’re on is really good and we’ve managed to get another three points, which is important, so for us it’s about keeping the momentum up and trying to stretch that run on.“

After the final whistle, the players took to Instagram to celebrate their 13th Premier League of the season.

And there was plenty of praise for Liverpool’s No. 4, with Trent, Robertson and James Milner all lauding the centre-back and casting their eye towards football’s most prestigious individual award:

For Adrian, who made his first appearance since the win over Leicester in dramatic fashion, it was a case of praising the “mentality monsters” as another three points were added to the tally:

Meanwhile, Alex Oxlade-Chamberlain, Dejan Lovren and Gini Wijnaldum both acknowledged that Liverpool were far from their best, but at the end of the day the only thing that mattered was the “big three points”:

We made hard work of it again, but another 3 points in the bag! #ynwa

Tough game today, not the best display from us, but at the end what only matters are the big 3 points! ?? #ynwa ???

It got a bit too close for comfort near the end, but we hung on and secured the 3 points nonetheless ?? #YNWA #LIVBHA

The win, albeit nervy, was another morale-boosting victory which ensures Liverpool’s stranglehold atop of the table remains – with the Reds moving 11 points clear, with Leicester still to play on Sunday.

And Klopp’s chargers will now turn shift their focus to Everton’s visit at Anfield on Wednesday, where the chance to extend their unbeaten league run to a club-record 32 games awaits.