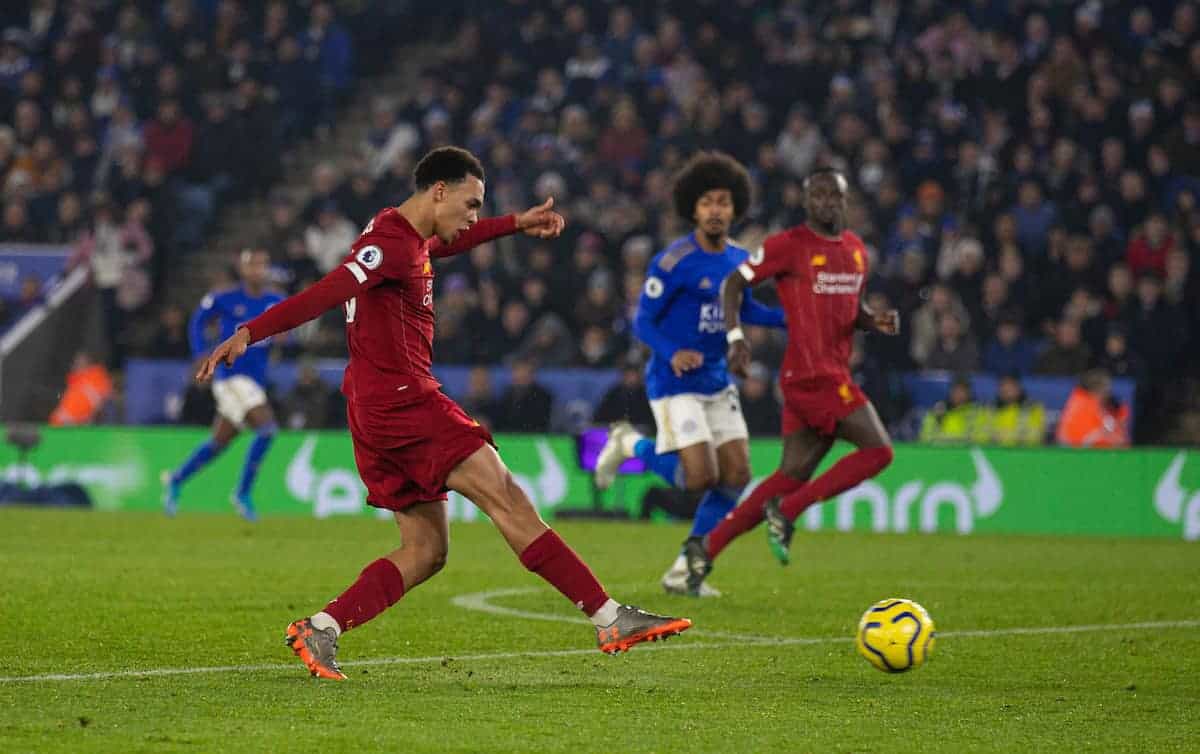 Jurgen Klopp’s Reds made their return to Premier League action on Boxing Day, five days after being crowned world champions.

With the forced absence of Alex Oxlade-Chamberlain, Gini Wijnaldum made his return to the side for the first time since sustaining a hamstring injury against Watford.

And Liverpool started brightly, penning the Foxes in their own half and creating two glorious chances in the opening exchanges – but they had to wait until just after the half-hour mark to see the scoreboard tick over.

Roberto Firmino was the benefactor of a sumptuous Trent Alexander-Arnold delivery, handing the Reds a deserved lead heading into the break. 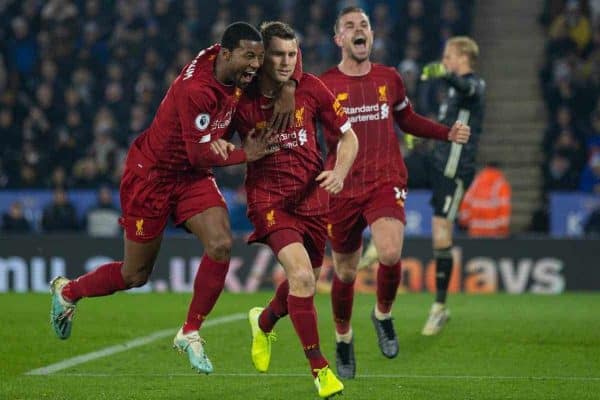 And while the Foxes had tried to pile the pressure midway through the second half, the Reds remained in cruise control, moving Brendan Rodgers’ side from left to right as they continued to probe for their second of the evening.

And like buses, they had to wait until deep into proceedings to find the next breakthrough but another two followed in quick succession.

James Milner converted from the spot with his first kick of the game, while Firmino added his second and Alexander-Arnold got in on the act after having already set up the Brazilian’s goals.

It was the most complete performance of the season from Klopp’s men who now have a 13 point advantage at the Premier League summit, with a game in hand, which sees the unbeaten run in the topflight stretch to 35 games.