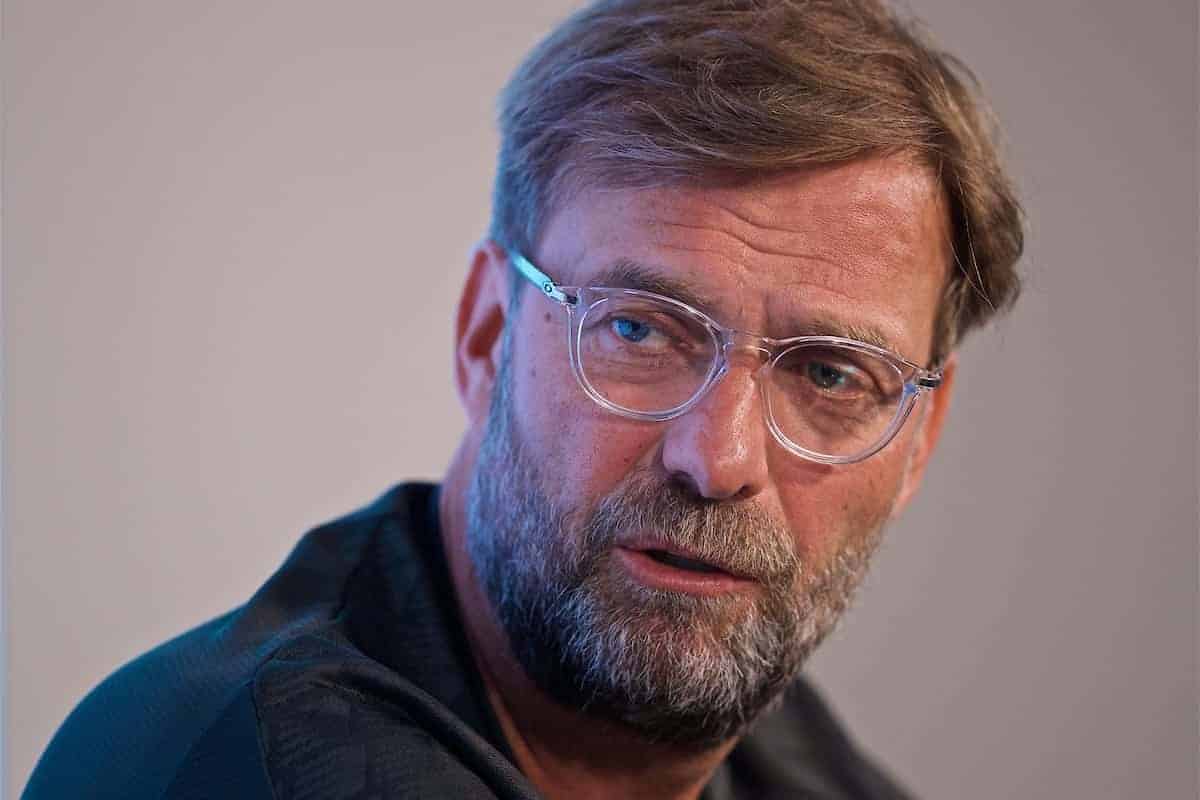 Jurgen Klopp held his pre-Wolves press conference directly after the 4-0 win over Leicester, and his focus was on ensuring momentum at Anfield.

The Reds are in action again on Sunday afternoon, as they host an impressive Wolves side who sit eighth in the table ahead of their Friday night clash with Man City.

That clash at Molineux gives Nuno’s side little time to recover and prepare for a trip to take on the Premier League leaders, who will be comparatively fresh after the 4-0 thrashing of Leicester.

Klopp made just one change to his lineup from the Club World Cup final on Boxing Day, with Gini Wijnaldum replacing the injured Alex Oxlade-Chamberlain, but Jordan Henderson took a blow to the shin at the King Power.

Though there is no indication that will rule him out for Sunday, Klopp explained that he would need a “massive help” from his supporters as he rotates in a busy period.

The manager urged the crowd to be “at their absolute best, because that’s exactly what we need.”

Klopp said “we have four more ‘adult’ players” to call upon “plus Curtis [Jones] and Neco [Williams] in the moment,” while Harvey Elliott is “very [near]” to being included.

But he revealed that while Rhian Brewster is “close to being back” the senior players sidelined “will still take a while” to return.

He offered considerable praise to Wolves and in particular Adama Traore, who he has tracked since his breakthrough at Barcelona, while Klopp also detailed a conversation with Roberto Firmino which has helped revive his goalscoring touch.