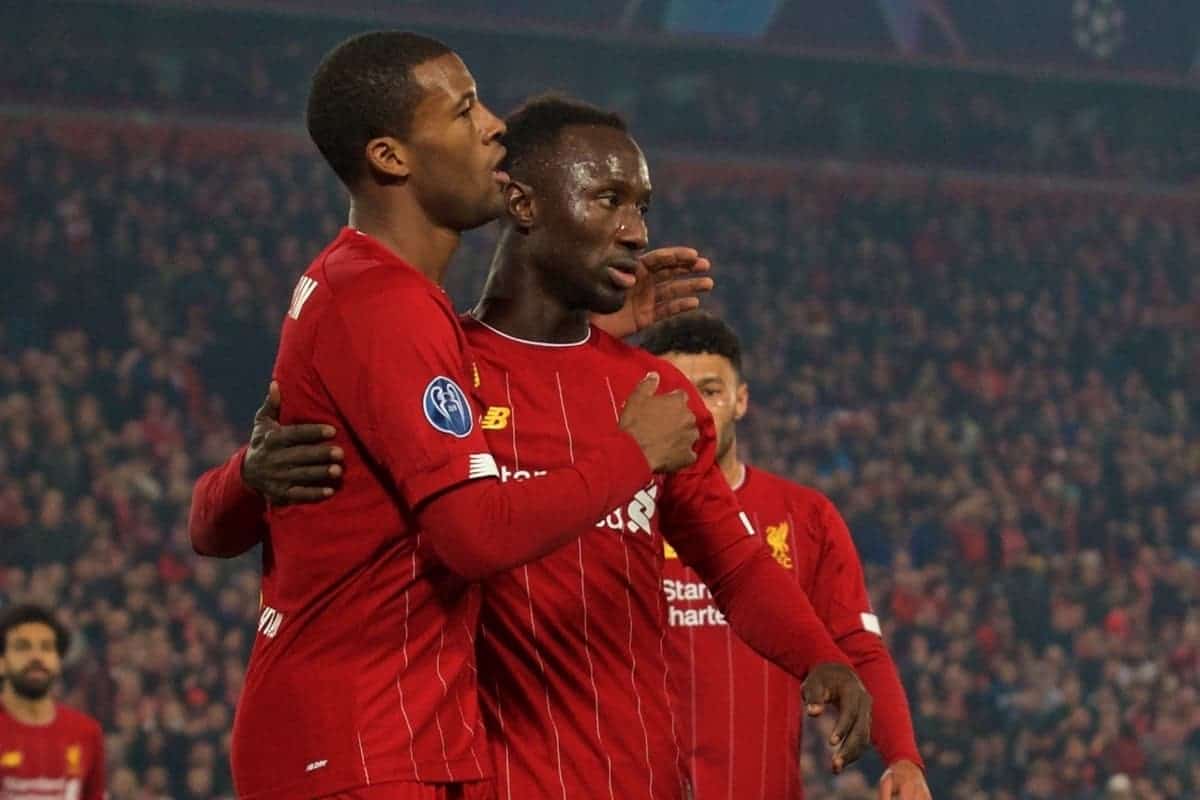 More rotation is expected from Jurgen Klopp on Tuesday night, as Liverpool visit Salzburg in a make-or-break Champions League clash.

The Reds enjoyed a drama-free victory on Saturday, easing to a 3-0 win away to an ineffective Bournemouth side.

Klopp’s men are two matches into a relentless December that could see them play nine times across four different competitions.

Next up is Tuesday’s trip to Salzburg, with Liverpool knowing that avoiding defeat will see them reach the Champions League knockout stage.

Rotation has been the order of the day of late and that should be no different at the Red Bull Arena.

Liverpool look set to be without Dejan Lovren for Tuesday’s match, after the Croatian left the pitch early against Bournemouth with cramp.

He joins Joel Matip and Fabinho on the sidelines, with the pair not expected to be available before Christmas.

On the plus side, however, Klopp has hinted that Gini Wijnaldum and Adam Lallana will be back, having missed out on Saturday.

Key pair Trent Alexander-Arnold and Sadio Mane didn’t start at the weekend, so it would be a surprise they didn’t return to the starting lineup. 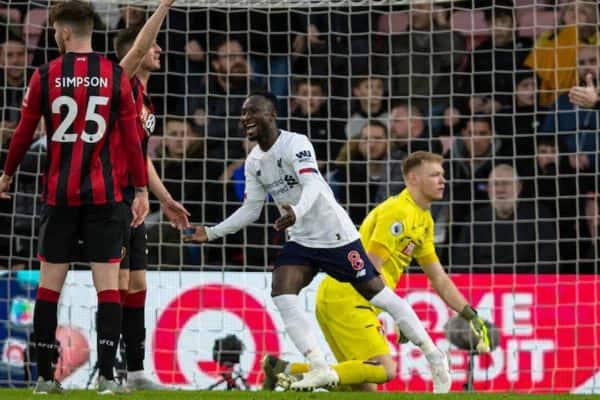 There are elements of Liverpool’s team that picks itself on Tuesday, given their injury problems at the back.

The absence of both Lovren and Matip means Joe Gomez will partner Virgil van Dijk – a pairing that looked so imperious in the early months of last season.

Gomez was used at right-back against Bournemouth, but his shift to a central berth will coincide with Alexander-Arnold returning.

Liverpool have impressed in midfield since Fabinho‘s injury and captain Jordan Henderson is set to continue in the No.6 role. 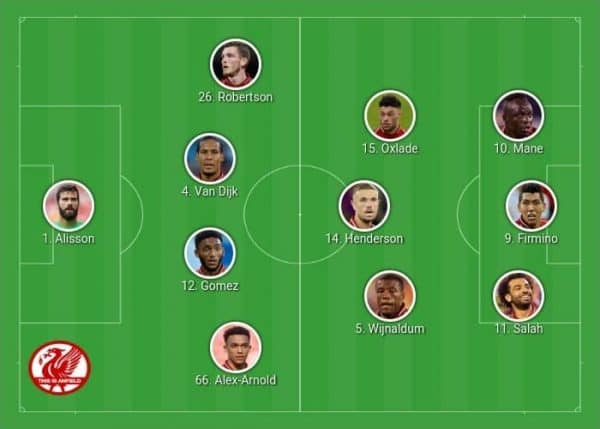 Naby Keita enjoyed a big impact on Saturday and arguably deserves to keep his place further forward, while James Milner is often a favourite of Klopp’s in big games.

The same applies to Wijnaldum, though, and with Milner starting the last two matches, the Dutchman will surely replace him.

Alex Oxlade-Chamberlain has been a star performer in the Champions League this season, too, scoring three times in the two wins over Genk.

That may give him the edge over Keita, who may be saved for Saturday’s visit of Watford in the Premier League.

Given Klopp’s recent rotation, this team is far from a given.

The defence should be nailed-on, but the manager could easily go with a lineup as much-changed as the Everton one last week.

Wijnaldum could take up the deep-lying role, with Henderson given the night off, while Keita and Oxlade-Chamberlain make up an exciting-looking attacking midfield duo. 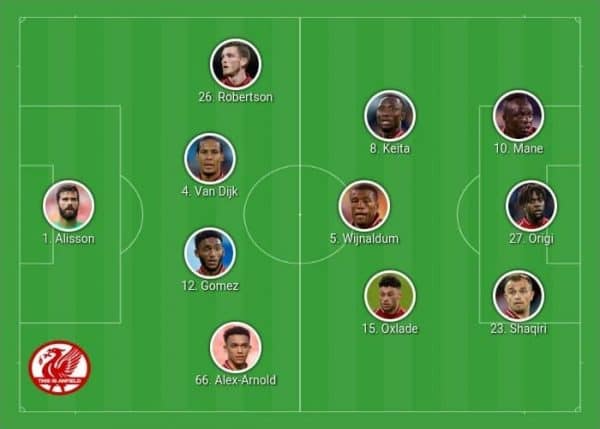 The returning Lallana is also an option, though.

That would create room for Merseyside derby heroes Xherdan Shaqiri and Divock Origi to come in and prove their worth again.

Second-guessing Klopp is often difficult, but at this time of year that becomes even more prevalent.

He has made it clear that he will be making several changes each game, however, so we will almost certainly see something different to Bournemouth.

It will be a tough night for Liverpool, with the match acting as a cup final for Salzburg – arguably the biggest night in their history.

Should the Reds lose and Napoli win at home to Genk, their Champions League defence will end in rather embarrassingly early fashion.