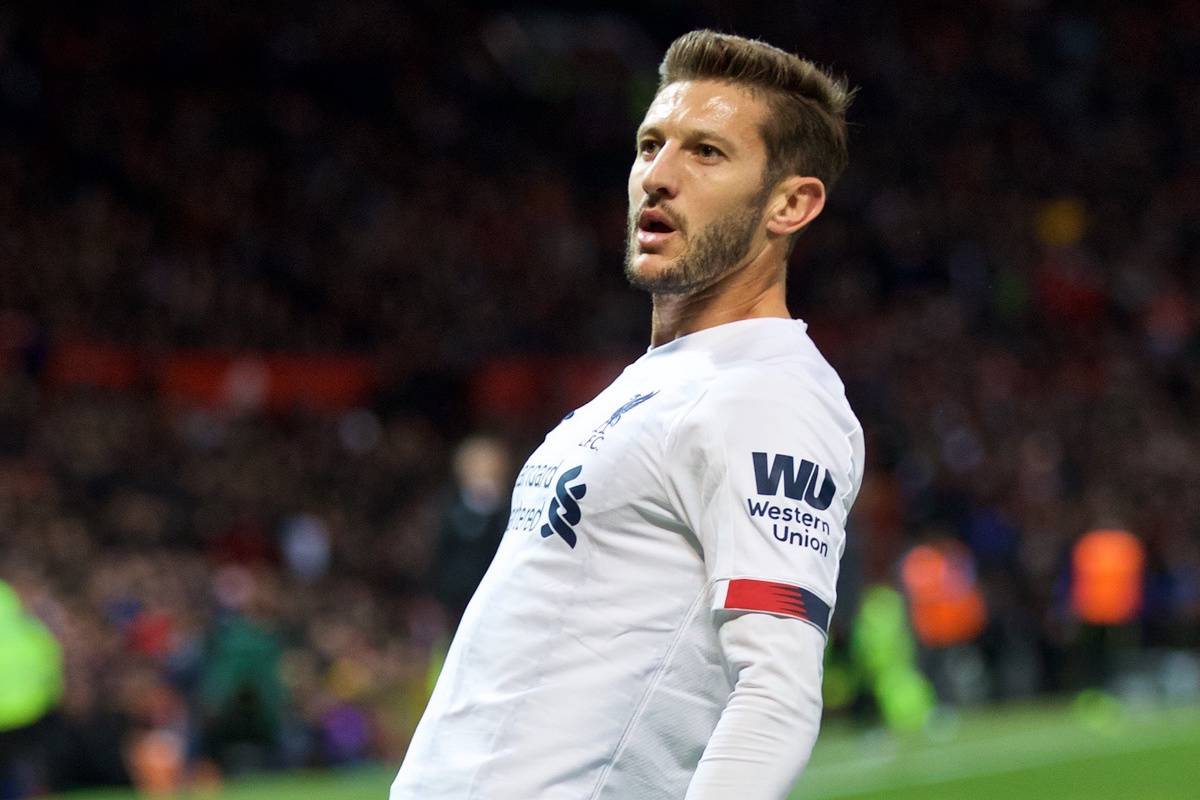 Jurgen Klopp has declared Adam Lallana‘s ongoing injury problems as “completely done,” but suggested he could leave Liverpool in the summer.

Lallana’s contract expires at the end of the campaign, though it was reported back in 2017—when he signed his last deal—that the club have an option to extend this by a further year.

That contradicts a claim from the Telegraph‘s Chris Bascombe on Tuesday night that Klopp is eager for him to sign a new deal, with the suggestion being that this would be to maximise his re-sale value.

The 31-year-old is expected to leave in July regardless, and as of New Year’s Day is able to talk to clubs outside of England regarding a free transfer.

Clubs in Italy and China have already been credited with an interest, and as Klopp discussed Lallana’s future ahead of Thursday’s clash with Sheffield United, there was a hint of resignation in his tone.

“I’m really happy for him that he’s in a sensational shape in the moment, and that’s what we try to show constantly, as often as we bring him.

“He’s a very important player in this moment; what will happen in the future, we will see.

“But for him, wherever it is, here or somewhere else, the only important thing is that he can show he’s 100 percent fit. He had some injury problems, completely done.

“Trained, body is super-fit, mind in a perfect place. He enjoys the time here in the moment, you can see that in each second of training, when he plays [he is] very influential.

“But these kind of things we don’t discuss in public, so you have to speculate further.”

Few could begrudge Lallana leaving Liverpool at the end of the campaign if he is offered regular first-team football at another big club, and it will be interesting to see where ends up if he does opt to depart.

Daniel Sturridge joined Trabzonspor in a high-profile Bosman deal last summer, after a similarly injury blighted six-and-a-half years on Merseyside, and this season has scored seven and assisted four in 13 games for the Turkish club.

But there is an argument that Lallana would be better off remaining at Anfield if he is still seen as a valuable squad player.

Given his lack of minutes in the past two-and-a-half seasons, however, it seems likely the Englishman will move on.