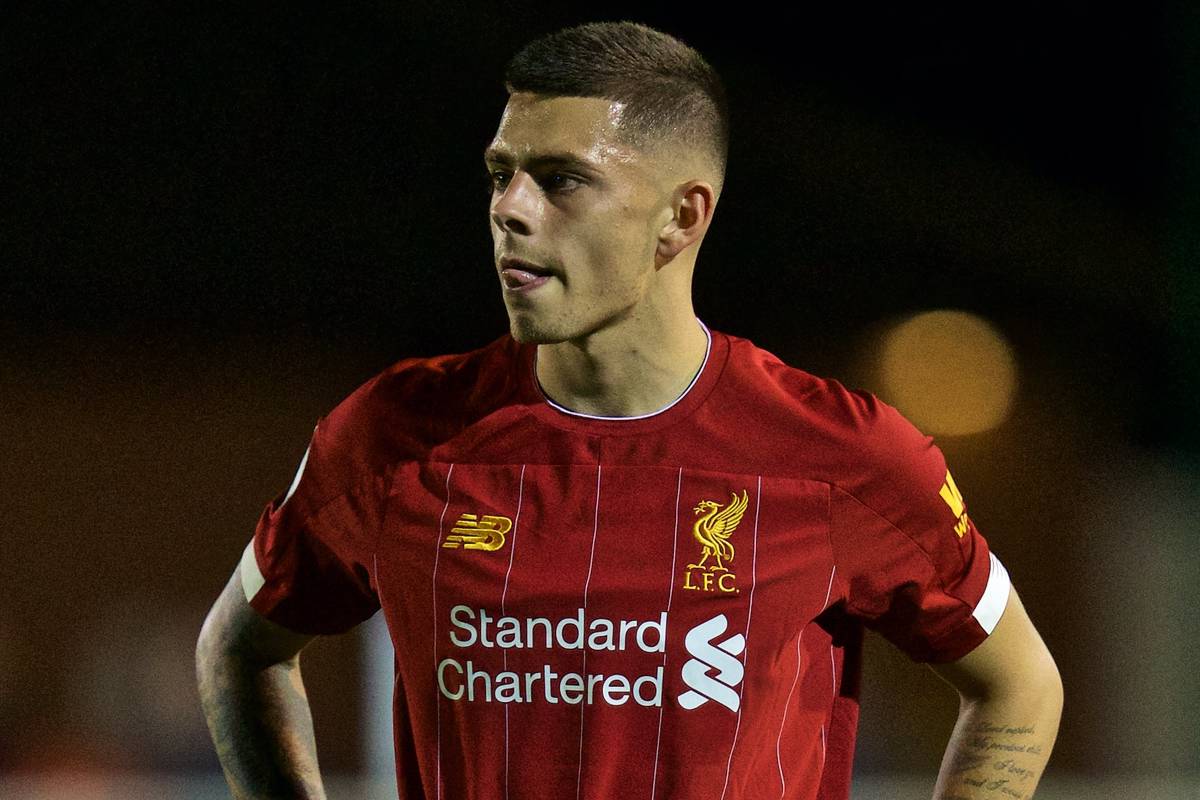 Adam Lewis made his comeback from a long-term knee injury on Friday night, but the Liverpool under-23s suffered a heavy 3-0 loss to Wigan.

The young Reds visited the County Ground on Friday night with a four-point lead at the top of Group F, as Neil Critchley handed Liam Millar his first start back and Lewis returned to the bench.

It proved a difficult night for the U23s, however, with ex-Reds youngster Emeka Obi opening the scoring in the ninth minute, in a comprehensive win for the hosts.

Obi’s goal came in disappointing fashion, with the 6’5′ centre-back given the freedom of the six-yard box as Sepp van den Berg stood rooted to the spot, allowing him a free header from a corner.

Wigan’s lead was doubled after a burst down the right flank just after the half-hour, with Van den Berg only able to clear as far as Divin Baningime, who produced a powerful finish beyond Ben Winterbottom.

Liverpool had opportunities before the break, most notably with Jack Bearne missing an open goal with a far-post header, but they were unable to grab a consolation.

The second half saw Millar emerging brighter and bolder than in the first half, and early on the Canada international just missed with a low drive which could have been touched in by a team-mate.

But the young Reds’ misery was compounded as Olly Crankshaw scored an excellent goal to seal a comfortable win for Wigan which sees them move within three points of Critchley’s side in their Premier League Cup group.

It wasn’t a night without positives for Liverpool, though, with Lewis returning after a lengthy layoff to play the final 19 minutes.

Meanwhile, Ki-Jana Hoever was impressive at right-back, and Leighton Clarkson and Jake Cain appear to be making the step up from the under-18s setup seamlessly.

And with Paul Glatzel in attendance, he provided an injury update to Goal’s Neil Jones, with the 18-year-old expecting to return to light training next month—though he is a “way off” playing yet.