Liverpool keep clocking up ludicrous amounts of records as they mount up win after win—but left-back Andy Robertson has highlighted why the players aren’t focused on those statistics right now.

The Reds are flying at the top of the Premier League, have gone over a calendar year without a league defeat and now have completed the duration of a campaign without a loss—38 games.

Meanwhile, the Reds have also produced the best start of any club in Europe’s top five leagues, ever, along with a host of other individual and team awards coming the way of the squad.

But it’s all a sideshow to the main prize, said Robertson, because last season similar plaudits and accolades were won—but the main trophy eluded Liverpool.

“For us, they are irrelevant. Yes, if we break records on the way, fine, great, but we will look at that [only] if we get a trophy,” he told assembled journalists.

“Because last season we broke records in terms of clean sheets and ended up empty-handed in the Premier League.

“Records don’t mean anything unless they get you the end goal, hopefully this season it will.”

With the Reds 14 points clear at the top, with a game in hand, some bitter rivals have suggested the league has become easier—but Robbo has rightly swatted such lazy responses aside.

The tenacity, effort and power the players put into every match should be evidence enough that Liverpool are top because they deserve to be, and Robertson says each win is a gruelling test. 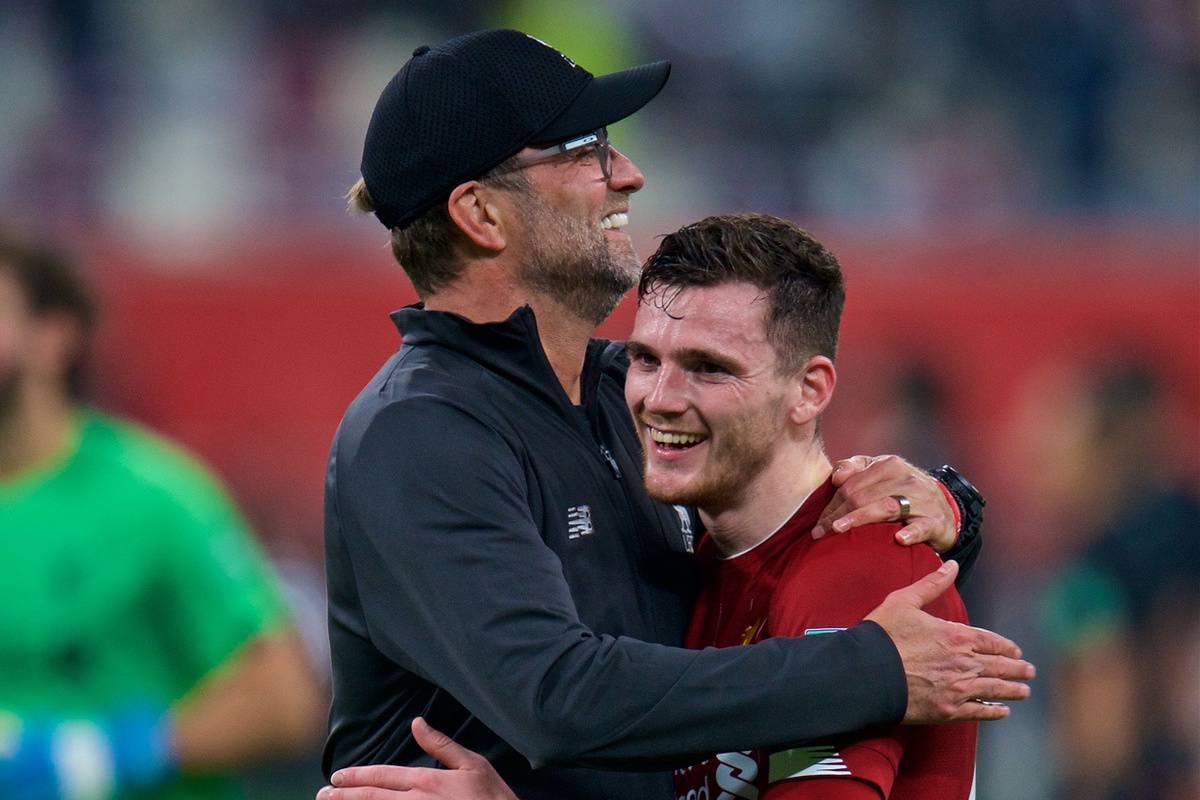 And as every unbeaten week goes past, it gets even more difficult.

“This league is so hard,” Robertson continued.

“Maybe sometimes we’ve made it look easy, but believe me it’s not—it’s so hard to perform against every team that wants to beat you.

“The longer the run goes on, the more everyone wants to beat you—‘we beat Liverpool’ or whatever.

“We don’t take anything for granted. We are not celebrating in there that we are champions.”

Robertson’s mentality is the perfect blend which the Reds must show now: determination to see the job through, and a complete rebuttal of any claims of it being an easy campaign.

The Reds are the best and are proving it on a weekly basis, and that shouldn’t be diminished by anyone.