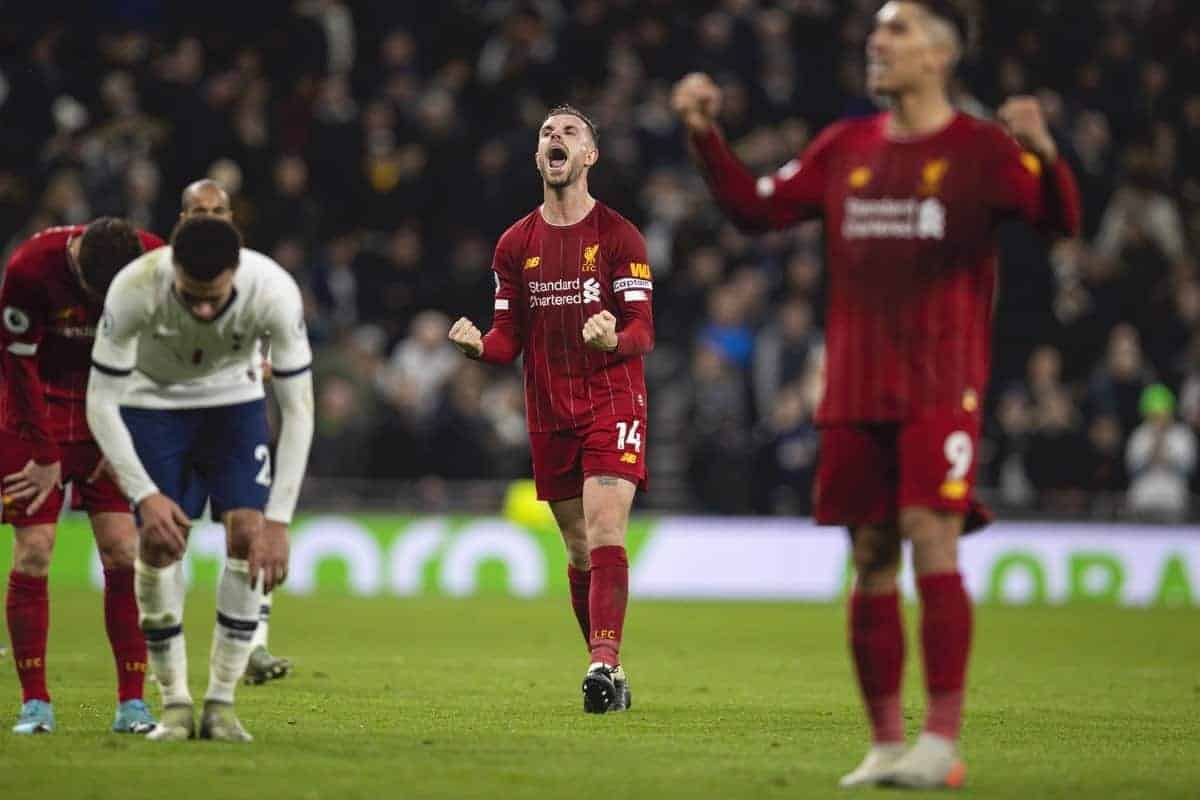 A hard-fought victory over Tottenham paved the way for Liverpool players to laud yet another “big win” across social media.

The Reds’ familiar faces were back in topflight action as they made the trip to Tottenham‘s new stadium for the first time, where another record beckoned.

Jurgen Klopp‘s men were one win away from the best-ever start to a league season from any side in Europe’s top five leagues, and while tension rose in the final stages, the record was clinched as Liverpool moved to 61 points after 21 games.

A Roberto Firmino strike in the first half was enough to clinch the victory, with the Brazilian finding the net away from Anfield for the ninth time this season.

The outing was one which saw Liverpool dominate the first 45 before a tense second half followed as the Reds failed to find the second to eliminate all hope for the hosts.

Chances came the way of Tottenham but, as ever, Liverpool held firm to seal their sixth successive clean sheet and their 20th win of the season.

For Gini Wijnaldum, when speaking to LFCTV, there was no shying away from how the Reds made life harder on themselves as they conceded control throughout the second 45.

But in the end the three points were collected and Liverpool’s No. 5 spoke highly of Firmino’s importance to the team and how the Reds are looking to keep their feet firmly on the ground after their blistering start to the campaign:

“We made it really tough for ourselves in the second half…we gave them a little bit of confidence.

“We had to deal better with the situation, but I think in the end we defended well and only a few [times] we gave chances away and we were lucky they didn’t score.

“It is [an incredible run we are on]. But we also work really hard to keep this run going. We have a manager who keeps our feet on the ground.” 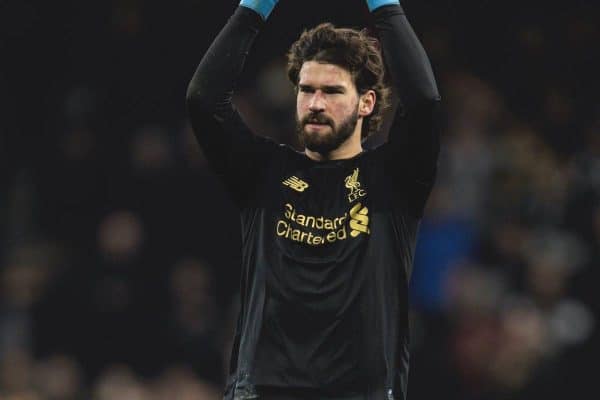 And similar praise came the way of Liverpool’s sole goalscorer from his national compatriot, with Alisson lauding the No. 9 as one of “the most important players” in the team on a night where records continued to tumble.

But Alisson, who has now kept six successive league clean sheets, is simply focused on maintaining Liverpool’s current form, with records simply a by-product of their focus and hard work:

“The feeling was amazing to win here. It’s always a tough game to play away at Tottenham and I think we did really well.

“We could have done better in some moments but I think when we needed to defend we did well with everybody involved, and when we had opportunities to attack Bobby scored and we lost some chances, but it’s the game.

“Bobby is one of the most important players of our team, and we have a lot. I think everybody is important but Bobby not only scores when we need him, he makes the team play.

“We don’t think about records but it is good when you break them, we just want to keep going and to keep doing our best to make the fans happy and our families and the boss proud.”

Following the final whistle, the players were quick to share their joy at securing another three points.

Andy Robertson and James Milner, who remains sidelined with injury, joined in on showering the praise on Bobby with a nod to his song:

The man himself was overjoyed with another “great victory,” as was Jordan Henderson who was under no illusion that it was another “big win”:

It was a case of “job done” for Trent Alexander-Arnold and Joe Gomez on what was a tough evening for the Reds:

And for Adam Lallana, Virgil van Dijk and Wijnaldum it was all about taking another “important three points” back to Merseyside:

And we didn’t really have anything to worry about with this man in between the sticks, calmness personified:

Klopp’s men will now be afforded another rare seven day break before Man United make the trip to Anfield, where the Reds will have the opportunity to collect their 21st win of the campaign.