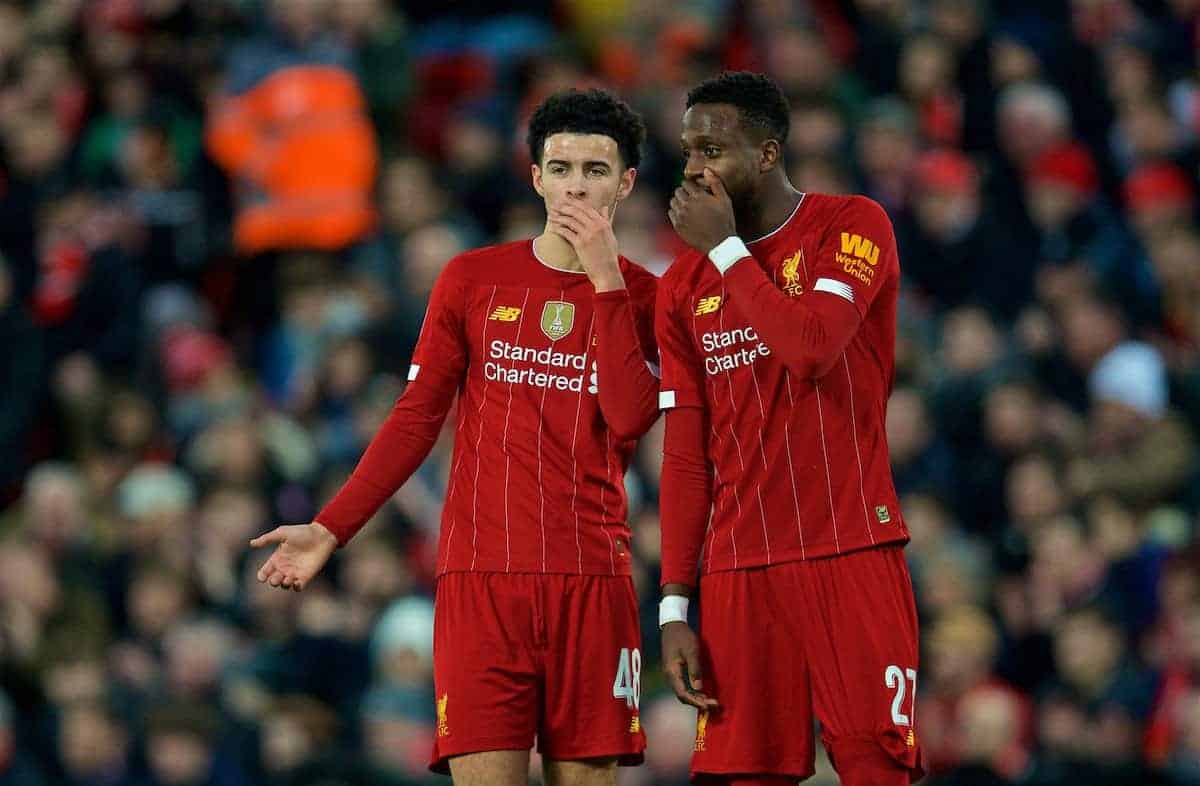 Jurgen Klopp fielded a young squad for the FA Cup win over Everton, but Liverpool should be significantly stronger for the fourth round on the road.

The Reds will find out their opponents for the next stage of England’s oldest cup competition on Tuesday night, when Shrewsbury host Bristol City in their replay.

Whether it is New Meadow or Ashton Gate for Klopp’s side on January 26, it is a more straightforward challenge on paper than the Merseyside derby dealt in the third round draw.

Shrewsbury currently sit 15th in League One, while City are ninth in the Championship, but despite a relative drop in opposition Liverpool could in fact field a stronger squad.

This was hammered home on Saturday evening at the Tottenham Hotspur Stadium, as the team-sheet revealed that, despite his match-winning performance against Everton, Curtis Jones had failed to make the 18-man lineup. 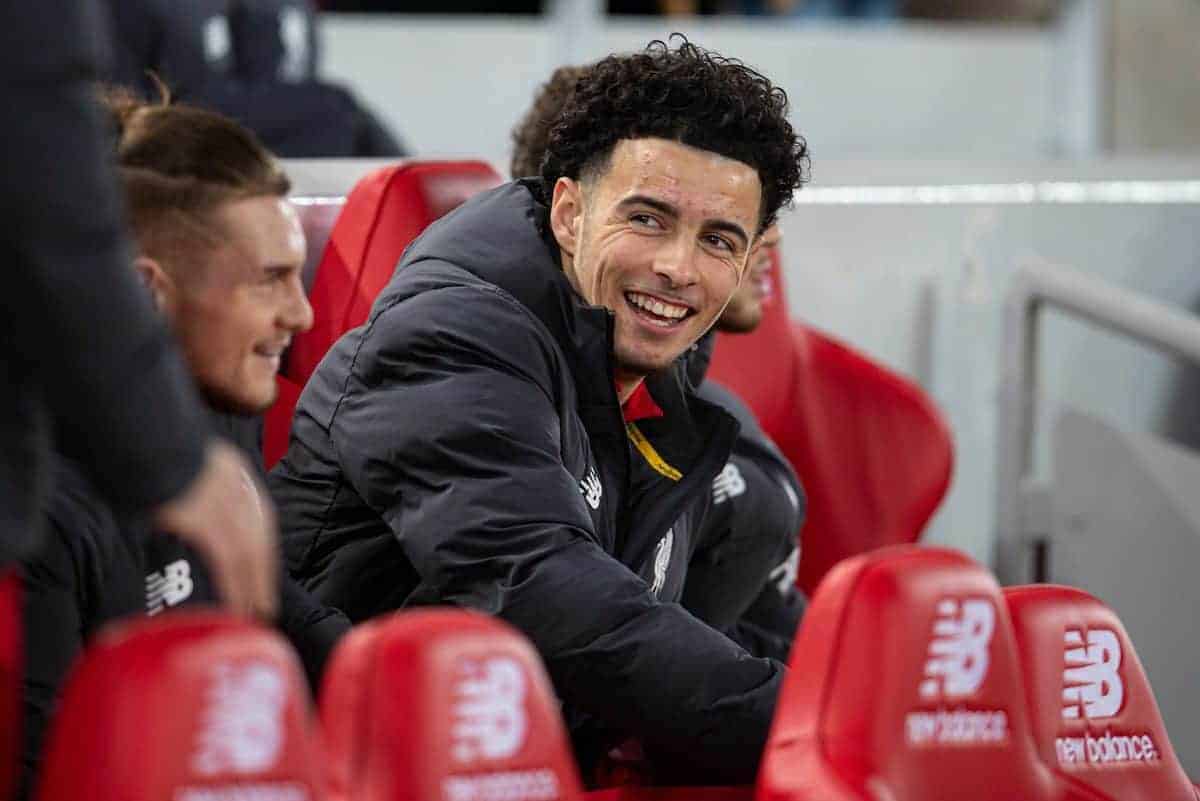 Instead, the 18-year-old travelled as a possible stand-in, with the return of Xherdan Shaqiri from injury forcing a slide down the pecking order.

It was a cruel blow for a youngster who after the derby discussed his frustrations at a lack of sustained exposure at first-team level, but it is an indictment of the strength Liverpool require.

Shaqiri is not the only player on his way back from a spell on the sidelines, and in a week in which Joel Matip, Dejan Lovren and Fabinho are expected to rejoin full training, the upcoming FA Cup tie presents a useful opportunity.

“It was not a plan to play with the kids against Everton.

“So there could have been in, if they would have been fit, only from the players who didn’t start the game before: Naby, Shaq, two centre-halves…

“That was our team for that night, the only possibility we had.”

Nat Phillips and Takumi Minamino made their debuts, Adrian deputised between the sticks and Pedro Chirivella was a surprise inclusion, leaving Joe Gomez, James Milner, Adam Lallana and Divock Origi as the first-team regulars to start.

It remains to be seen whether Milner, or Naby Keita for that matter, will be fit, but it is likely that most of those senior players will keep their places for the fourth round.

But as opposed to academy talents fleshing out the rest of the starting lineup, it is possible that Klopp used this fixture to reintroduce those on the mend and needing to build up match fitness.

As Klopp alluded, both Lovren and Matip would have been in contention to start in the derby if fit, while Shaqiri would have taken a place in his attack.

They can all rebuild towards full sharpness against either Shrewsbury or City, as can Fabinho, with the demand for an immediate return to the engine room relieved by the form of Jordan Henderson in his stead.

Furthermore, after remaining an unused substitute in the 1-0 win over Tottenham last time out, Minamino could continue his acclimatisation with another start in the FA Cup. 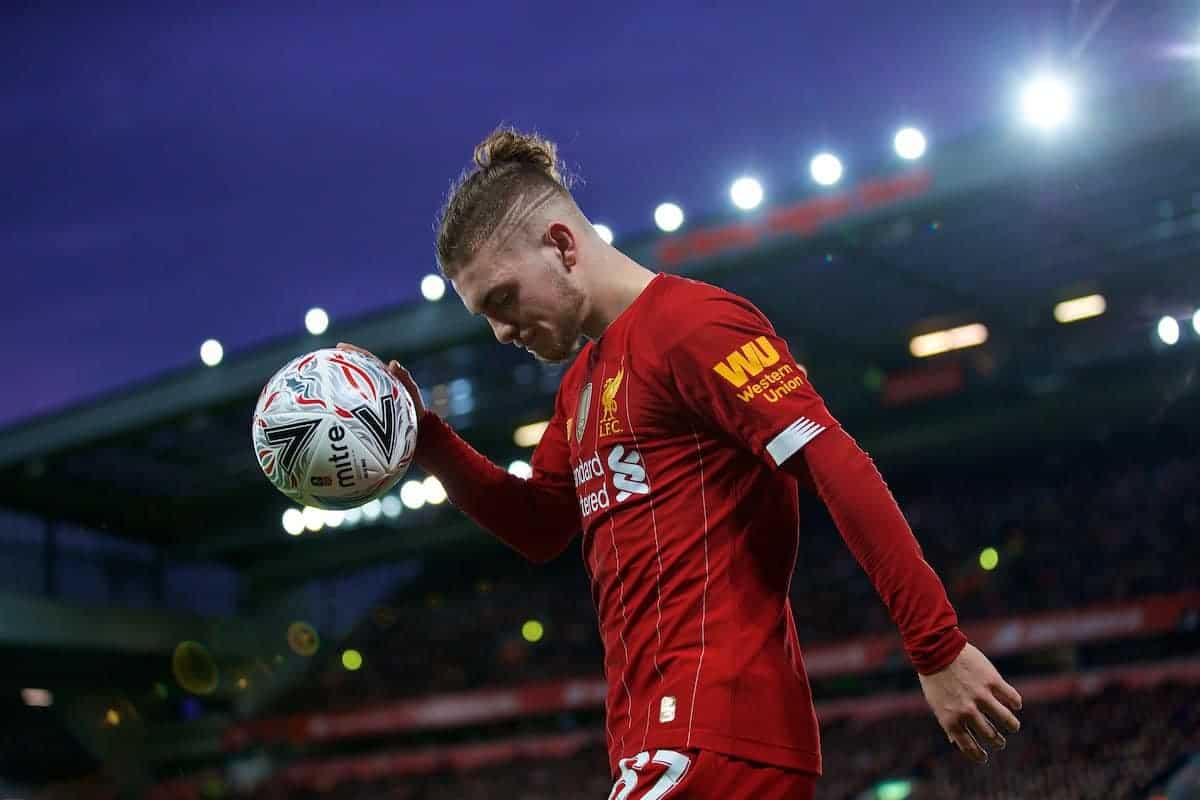 With Adrian, possibly Milner, Lallana and Origi also poised for involvement, there is the likelihood of leaving some of Liverpool’s best young talents on the sidelines.

If Milner is fit to start at left-back, Larouci may miss out on the squad entirely; with Fabinho back in midfield, Chirivella may settle for a place on the bench; and Elliott may not crack a three-man attack of Shaqiri, Origi and Minamino.

Williams—who is effectively Trent Alexander-Arnold‘s backup at this stage—and Jones may be the only academy players who make the starting lineup. 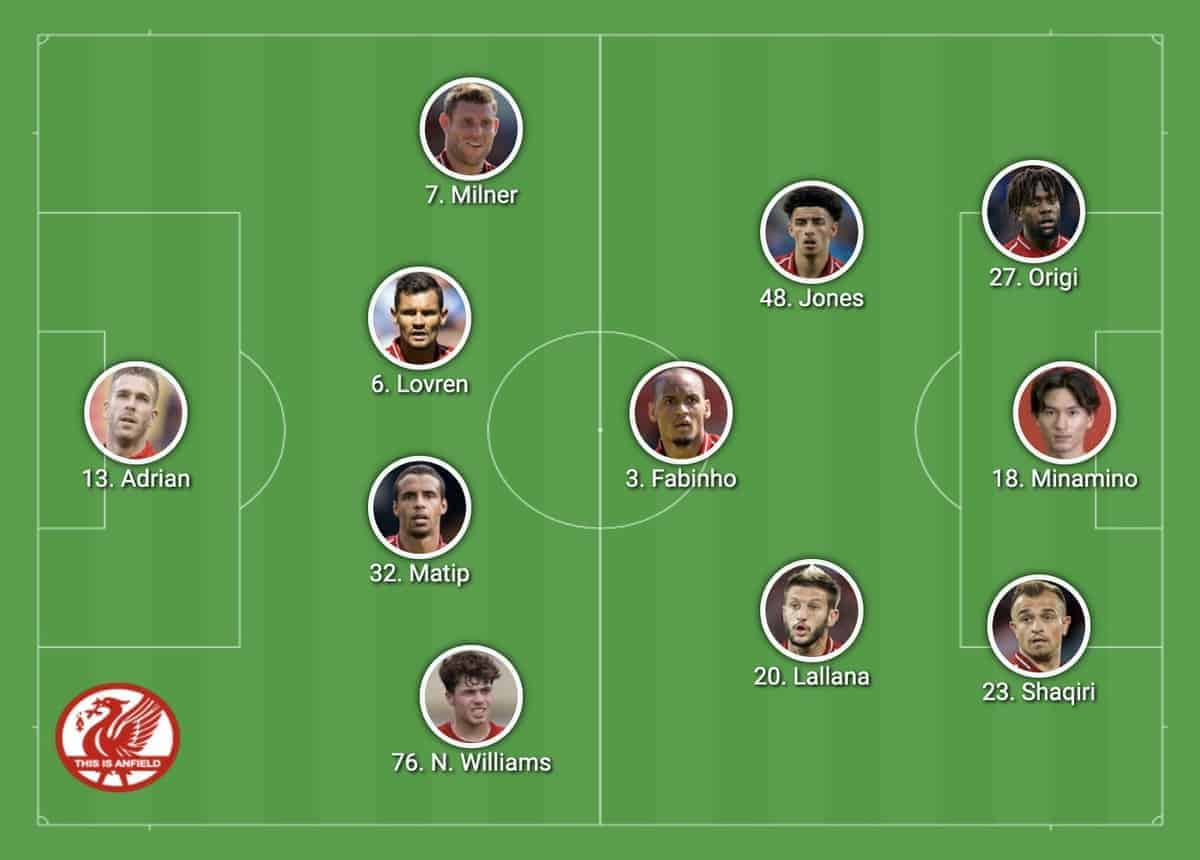 In a normal situation Klopp would unlikely risk Matip, Lovren or Fabinho in this tie, but given their long-term injuries it serves as the ideal juncture.

This could in turn expedite the club’s business in the final week of the January transfer window, with the likes of Chirivella and Caoimhin Kelleher both touted with loan switches.

Klopp has already insisted the likes of Williams, Jones and Elliott are not being considered for temporary moves, but those not on the fringes of the matchday squad should head out to gain further experience.

As the manager attested after the third round win, there is still no guarantee of a stronger Liverpool side triumphing in the fourth round, regardless of the opposition.

But it certainly presents a beneficial scenario as those working their way towards full fitness aim for a productive second half of the season—particularly in the Premier League and Champions League.