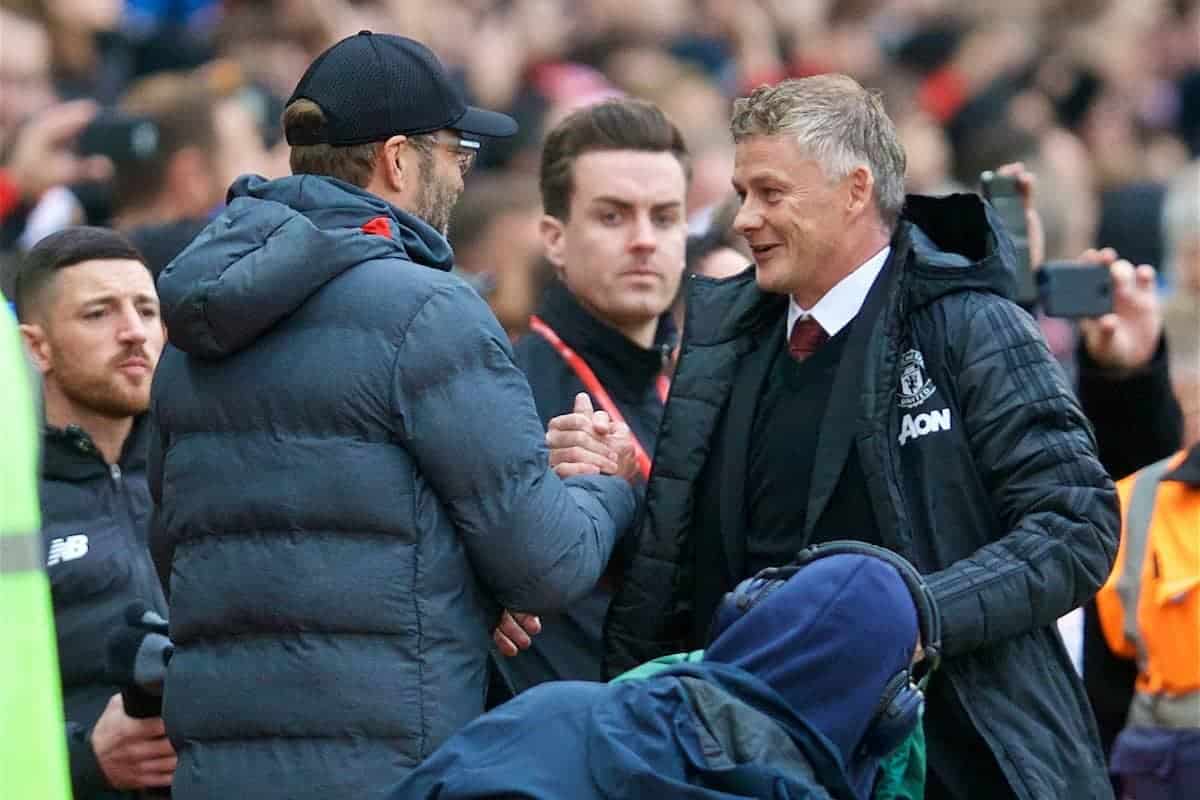 Jurgen Klopp believes Liverpool have more enemies than other clubs but does not think their Premier League dominance this season has increased that number.

Number one arch-rivals Man United, the only side to so far take any points off the runaway leaders, arrive at Anfield on Sunday looking to repeat the feat of October when they led Klopp’s side until the final five minutes of a 1-1 draw at Old Trafford.

Near-neighbours Everton are the other obvious enemy while Klopp admits Man City, who they ran close to the title last season, have now emerged as a third. But he believes there are other, more surprising ones.

“Liverpool is obviously the natural enemy of some clubs; we have more natural enemies than other clubs have, probably because of our history and how successful the club was,” he said.

“Now City is becoming more and more this kind of ‘football enemy’.

“But last year, second-last matchday, we played Newcastle. I have no clue if there were any problems between Liverpool and Newcastle in the past but it felt like they not only wanted to win the game but to stop us being champions.

“The game was so intense it was incredible. Newcastle weren’t playing for anything really, so that’s special. You feel sometimes that when we go somewhere. I don’t think we gained any new enemies, but we have enough to be honest!”

Considering their recent form, losing just one league match in the last 623 days, Liverpool’s record against United is poor.

Their home victory last season is their only win in the last 11 league meetings home and away (five draws and five losses).

Klopp puts that down in part to their own performance in these high-profile games and partly their opponents’ approach.

“We have to learn to deal with games like this in the right manner. We did not too bad in the past but we still can improve,” he added.

“The game at United is a good example; we were not at our best in a game where we should be, because of the quality of the opponent.

“We were not bad that day but we were not at our best, and we have to make it more likely that we are at our best.

“The games were not games you would imagine for United against Liverpool. In the past, there were good times for Manchester United and good times for Liverpool, there was usually one clear favourite but both teams tried to win it.

“In the last years, the away games especially were strange from that point of view.

“It is strange when you play against a high, high-quality team—which United still is—and they play the way they play. That makes life really difficult.

“We had the same with Tottenham, after 70 minutes we had roundabout 70 percent possession. That’s not normal, how can you expect something like that?”