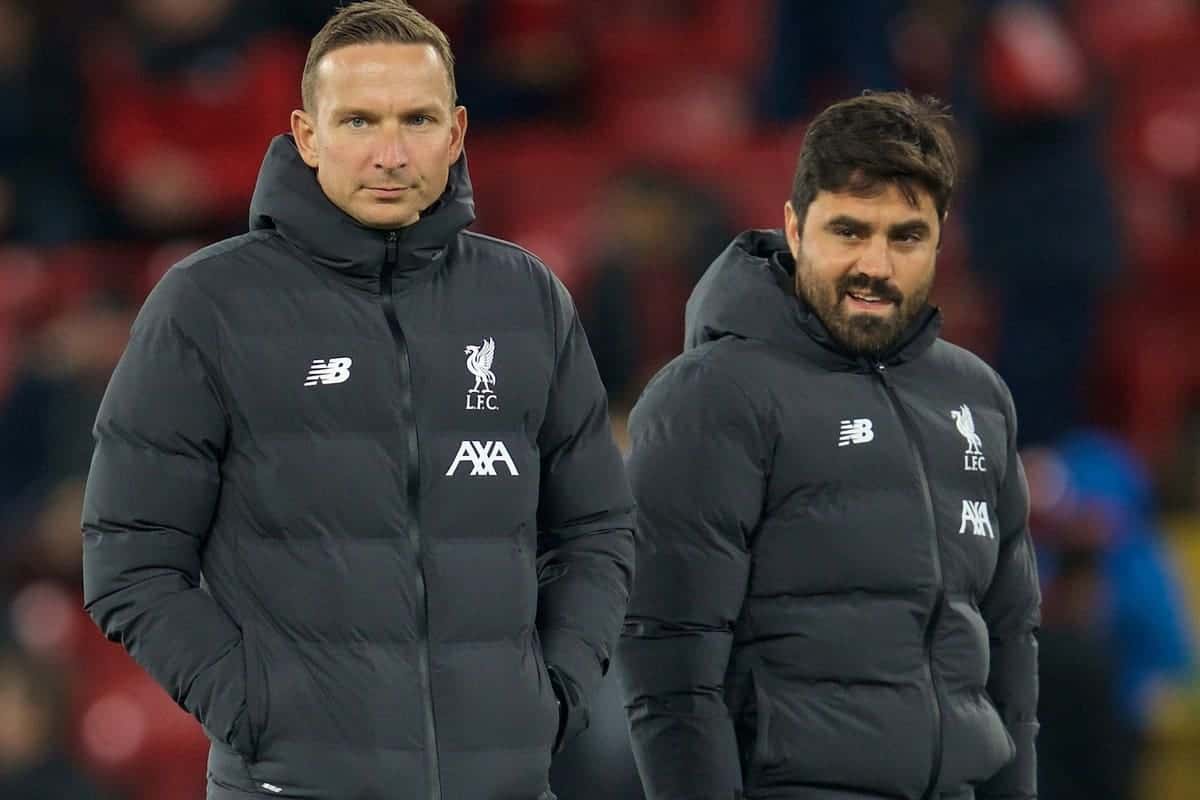 Jurgen Klopp has praised the contribution of Liverpool’s elite development coach Vitor Matos, after his young talents sealed a 1-0 win over Everton.

Klopp spent a large portion of his press conference ahead of Saturday’s trip to Tottenham praising the experience in his ranks for helping the likes of Curtis Jones, Yasser Larouci and Neco Williams to shine in the Merseyside derby.

He made nine changes for the FA Cup third-round tie, with Larouci coming off the bench in the ninth minute to replace the injured James Milner.

Liverpool humiliated Everton to the extent that a section of their fans confronted director of football Marcel Brands at their training ground this week, with Jones’ stunning goal capping an excellent all-round display.

The increase in game time for many of the Reds’ youngsters came after the appointment of Matos at the beginning of October, with the Portuguese filling the role previously occupied by Pepijn Lijnders.

Though Klopp has long been convinced of Matos’ importance, he used the derby win as a means to praise his work.

“We didn’t need that game as proof, but the Everton game was obviously proof that bringing in Vitor Matos was a smart decision,” he told reporters on Friday.

“Because he is the coach of these boys, plus Critch, plus Alex Inglethorpe in the academy, they are all doing an incredible job.

“But there are different ways, so what do these boys have to do? They have to develop, and we have to think about how they can develop in the best way.

“We had three or four normal sessions this week. That makes it quite an exceptional week!

“That’s the biggest step they made in the last five or six months.

“But on the other side they are humble enough and understand the situation: they are surrounded by a bunch of world-class players, so they are ready to make these steps.” 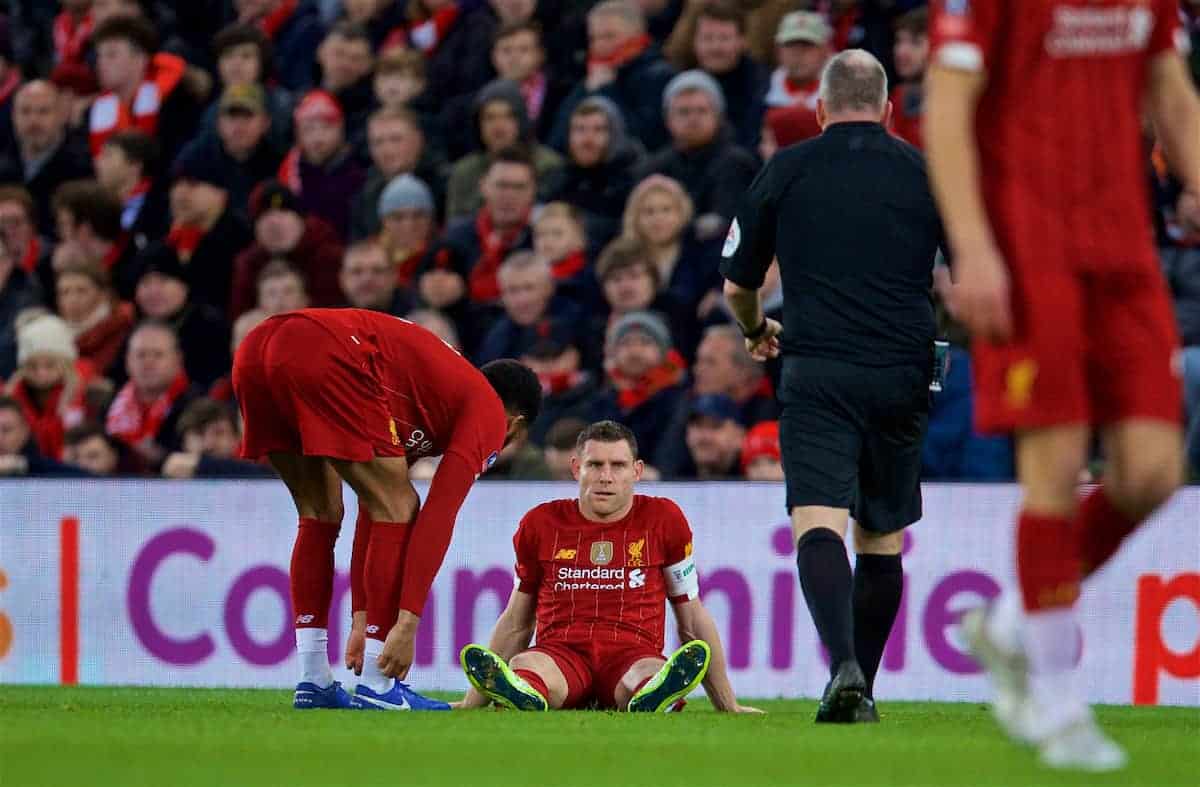 Klopp has been left to contend with a host of high-profile injuries in recent weeks, with Fabinho and Dejan Lovren still yet to return to training and Milner and Naby Keita also out.

Joel Matip and Xherdan Shaqiri made their comeback earlier in the week, while Alex Oxlade-Chamberlain was only fit enough for a substitute’s role against Everton.

This forced Klopp’s hand in terms of his lineup in the cup, but he relished the performance of a young side who were “overly excited about the opportunity to play.”

“[You need] the right players and the right coaches around them. Easy,” he said, when asked about the key to youth players succeeding at Liverpool.

“But now it is very important to say, because I know we won that game and Everton lost that game, and both caused kind of a big [surprise].

“It was not disrespectful, it was not about that.

“We have to say 100 percent honestly, if all the other players would have been fit [they would have played]; it was not a plan to play with the kids against Everton.

“Naby, Shaq, only from the players who didn’t play before, two centre-halves…there could have been different players in [if they were fit].

“That was our team for that night, the only possibility we had.

“The only different was, really, is that we felt good about that, because we wanted to win the game, and I told the boys before: ‘I want the team on the pitch who has the legs to put Everton as much as possible under pressure’.

“And I wanted a team in which everybody is overly excited about the opportunity to play the game, and that was the case. I saw that from the first second.

“And that was the situation we had, and that’s what they used.”

This is a testament to Matos’ swift transition into life at Liverpool, where he works regularly with a ‘talent group’ at Melwood, easing the pathway from academy to first team.

It will be made easier with the move to a new all-purpose facility in Kirkby next summer, but the ex-Porto coach’s role will be similarly important in translating the club’s ethos.

Klopp summed that up perfectly: “The boys need to know that as long as you are part of Liverpool, you have to fill our philosophy with life.”