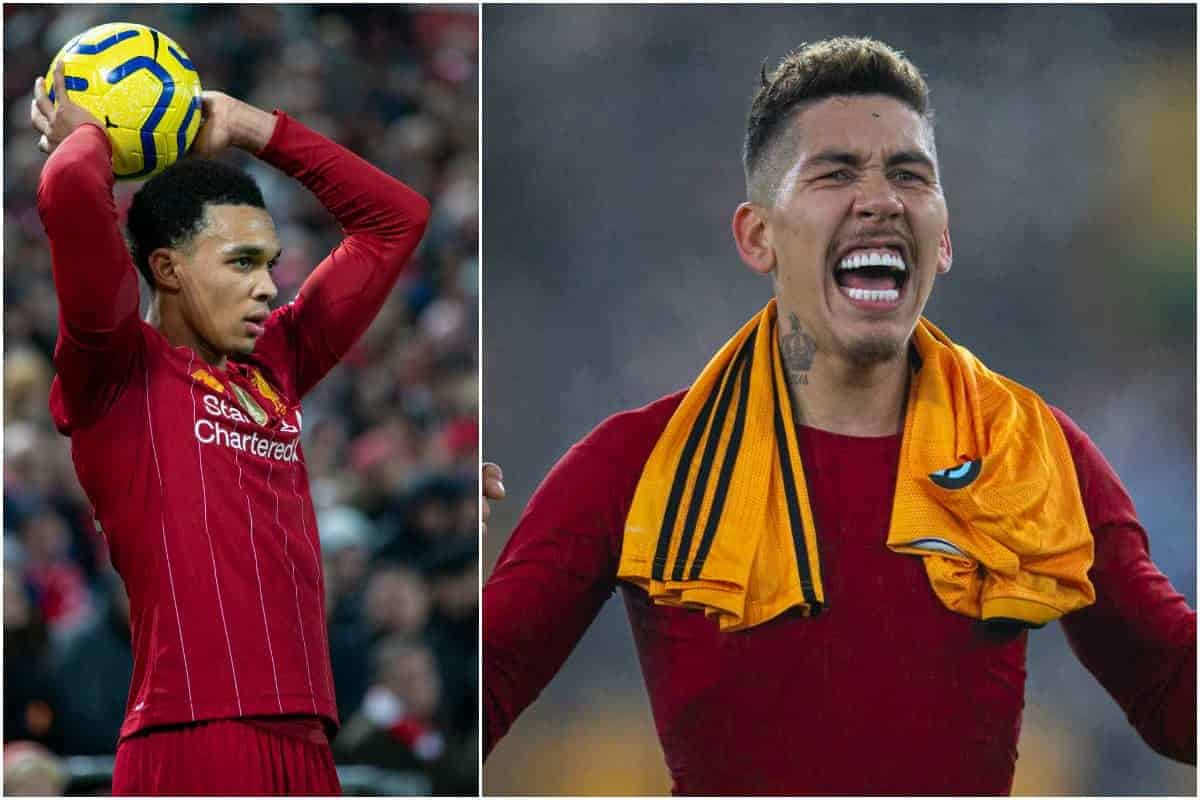 Liverpool have benefited hugely from specialist coaching in their incredible title challenge, with Thomas Gronnemark the latest to make his mark.

It has been repeatedly stressed that the Reds’ success is more than an individual effort from Jurgen Klopp.

A true leader, Klopp has embraced the importance of the opinions of those around him, having slowly built his own backroom staff since joining in 2015.

This ranges from supporting goalkeeping coach John Achterberg with the appointment of an assistant in Jack Robinson, to overhauling the fitness department with the likes of Andreas Kornmayer and Mona Nemmer.

Much of this has been widely lauded, but the arrival of Gronnemark as throw-in coach in 2018 is the clear exception; his role at Liverpool derided by dinosaurs outside of the club.

Another emerged on Thursday night as ex-Reds defender Steve Nicol questioned the significance of the job, as he bellowed through his usual role as ESPN’s red-faced skeptic.

But the influence of Gronnemark was clear when Roberto Firmino powered in an 84th-minute winner at Molineux on Thursday night.

Liverpool were being held at 1-1 by an impressive Wolves side after Raul Jimenez cancelled out Jordan Henderson‘s opener, when the captain forced a throw-in at the 30-yard mark.

Trent Alexander-Arnold presided over the throw, opting to send it looping towards the edge of the box and, seemingly, onto the head of Firmino.

But instead of touching the ball down and passing out wide to Takumi Minamino, Firmino dummied the header to allow it to fall to Mohamed Salah, and with the Egyptian occupying five Wolves defenders the No. 9 drifted into space in the box.

It took Henderson to take control of the situation with Salah twisting away from danger, and he threaded a ball through to the waiting Firmino, who took two touches to move into position before firing hard past Rui Patricio.

A vital moment in Liverpool’s season, the goal sent the travelling Kop into hysterics as it sealed a 22nd win of the Premier League campaign, restoring the 16-point lead.

And after Henderson’s header once again highlighted the work of Peter Krawietz and his analysts in terms of corner situations—as Klopp explained after Virgil van Dijk‘s opener against Man United—it was Gronnemark whose imprint was on the winner.

In May of last year, Klopp claimed appointing the Dane “changed our throw-in game completely,” revealing that he had provided the Reds with 18 different routines from the touchline.

Interestingly, the manager had previously highlighted at the end of 2018 how Firmino was key to Liverpool’s improvement from throw-ins since Gronnemark joined.

“If you find a throw-in we had in the last half a year where he is not involved to get the ball or at least open up a gap, it would be a surprise for me,” he said.

This was exactly how Firmino engineered the winning goal in Wolverhampton, and taking to Twitter after the game Gronnemark revelled in his contribution:

Well done boys ??
Proud of being a part of this team ? … you have proven that a throw-in is more than a throw-in ?#WOLLIV #throwincoach #liverpoolfc pic.twitter.com/tnPeJ8w7ZE

Firmino’s goal came just 12 days after another strike from the Brazilian from a similar situation; another winner, in the 1-0 victory at Tottenham.

Gronnemark’s role on Merseyside is often attributed to Klopp searching for marginal gains in order to improve his side as a whole, and this has been no clearer than on Thursday night.