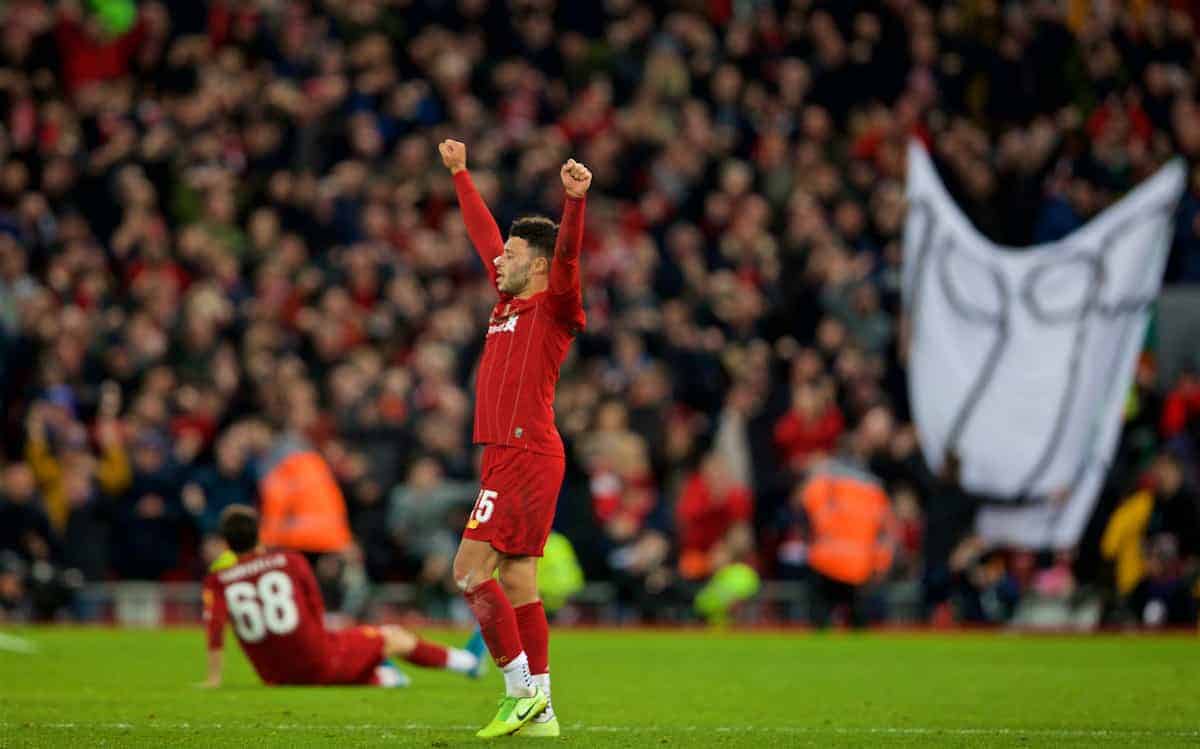 Liverpool progressed to the fourth round of the FA Cup with a memorable victory over Everton, and fans were overjoyed with the performance.

A younger-looking Liverpool lineup took to the field against a strong Everton side as Jurgen Klopp opted to hand a timely breather for regular members of his first team.

Despite the changes, the Reds more than held their own and, while an injury to James Milner was a sour note on the evening, it was an occasion to savour for Klopp’s side.

While the visitors had more than enough chances in the first half to edge themselves into the lead, it was Liverpool who landed the crucial blow from a sumptuous curled effort into the top corner from Curtis Jones in the second 45 – his first for the senior side.

The result sees the Reds progress to the fourth round of the FA Cup for the fourth time under Klopp.

What a talent Curtis Jones is ?

What a moment for the lifelong #LFC fan who grew up in the city centre. Stunning from Curtis Jones. Anfield goes wild.

WHATAAATATATAT!!!! GET IN! What a hit.

“What a way to announce your self lad! Brilliant goal!!”

“Curtis should be making the matchday squad much more often. He’s well ready for the big time.”

You’re either a Curtis or a Curtisn’t. That was very much a Curtis

Curtis Jones' goal made me go so high pitch with the celebratory squeal that I've woken all the neighborhood dogs.

THIS is the reason why Klopp made 9 changes

“Damn, one of the last players you’d want to go down with an injury with the run we have coming up. Hopefully not serious.”

Another first team injury, let this be a lesson to anyone who wanted the full first team out there.

Of course it had to be Milner as well, we now have no back up to Robertson and about 2 and a half fit midfielders

Milner’s game is over, showing exactly why Klopp has had to rest so many players. #LFC now have four fit first choice defenders, three of whom aren’t involved today. English football is too greedy to allow rest for its players.

Reminder that none of Neco Williams, Curtis Jones and Harvey Elliott were born the last time Everton won at Anfield

No matter how this ends up, #LFC have got some incredibly exciting kids coming through. Testament to the work of Inglethorpe and his staff at the academy as well as the environment that Klopp has created.

The responsibility Elliott has shouldered has been amazing. A 16 year old showing no fear, constantly wanting the ball. So excited to see his career unfold

Harvey Elliott is very exciting. Love it when he gets on the ball. Can’t believe he’s only 16.

Seen people claiming Digne is the best left back in the league. Meanwhile, Elliott is making life miserable for him.

But there was plenty of praise to go around, with Liverpool’s ingrained identity key for many…

Gomez been immense. Adrian too.

Back four with an average age of 20 getting a clean sheet against a full strength Everton. Williams particularly impressive.

From top to bottom there is no better run football club in world football than #LFC at the moment. The identity of the team runs through the club at every level. We really are witnessing a special time in our history…

Clear identity running through the club from top to bottom. The personnel changes, but the style, confidence and work rate is all there. Every single one of those players should be immensely proud of that performance. And Klopp, of course. He’s the one who instils that culture.

Joe Fucking Gomez though… what a player

Feel he was mocked before kickoff for his inclusion but can we take a minute to appreciate Pedro Chirivella?

Controlled the midfield, defensively solid and didn’t give Everton a sniff.

If that’s his last performance in a Liverpool shirt, what a way to go out. ??? pic.twitter.com/vOu8OTkq3z

Honestly, that is absolutely fucking hilarious. Up the Reds

Stop worrying about what XI Klopp picks. Club's culture/DNA runs deep. Training culture is so impressive, professional, coordinated and intense that these kids pick it all up at Melwood. It's not about money, it's about being smart, having the right culture, and being winners ?

Oh Everton, what would we do without you?

How has this happened?

This. Is. Fucking. Truly. Insane. #LIVEVE

“As Bill Shankly said…. there are only 2 teams in Liverpool, Liverpool and Liverpool reserves! Well done lads.”

Oh everton.. we're all laughing at you !

UP THE FUCKIN REDS!!

Right, now that I’ve stopped laughing… I can’t believe how much control and dominance those kids asserted over Everton after taking the lead. Mayweather shit that. Hit and then evade.

Think Everton might have to pack in you know