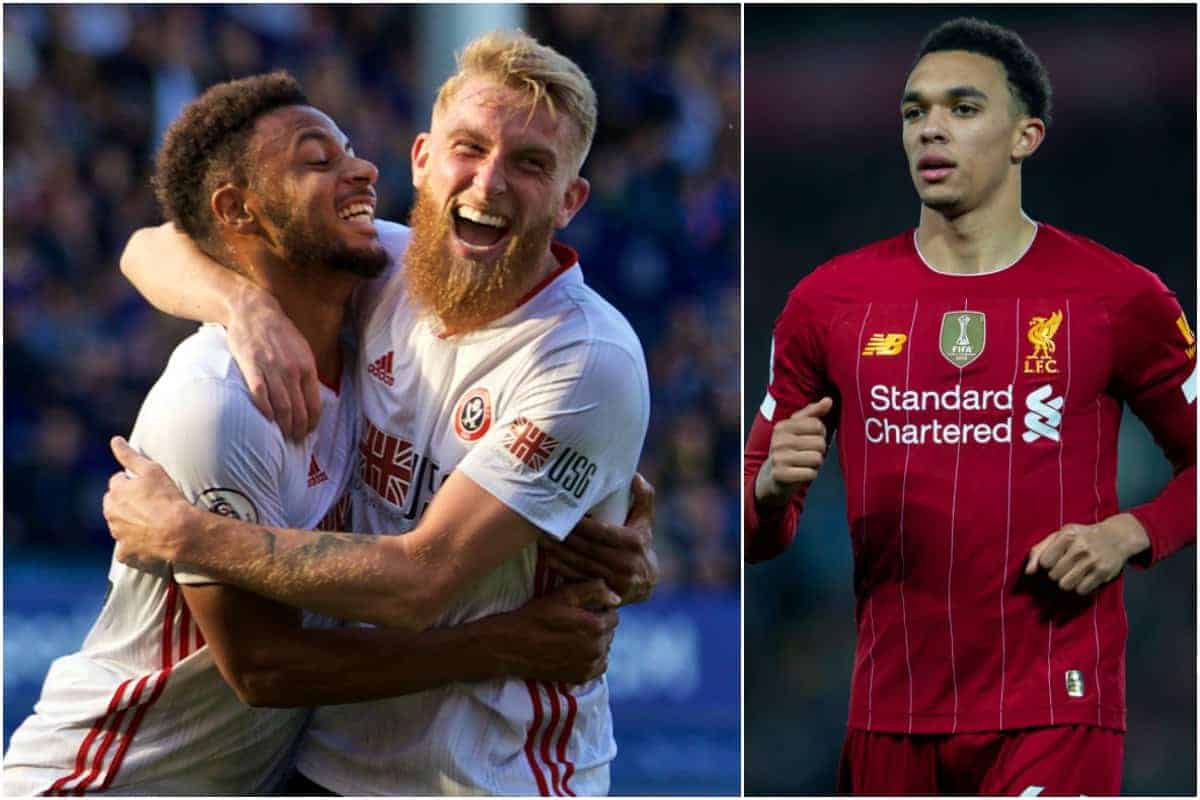 Liverpool face a hugely impressive Sheffield United side on Thursday evening, with Blades supporters sensing a shock at Anfield.

The Reds continued their impossible form on Sunday, edging past Wolves 1-0 in a VAR-affected game.

It was another step towards Premier League title glory, putting Jurgen Klopp‘s team on a remarkable 55 points from a possible 57 this season.

Thursday’s visit of United has the potential to be one of Liverpool’s trickiest home games of the campaign, with Chris Wilder’s side sitting eighth in the table and catching the eye with their tactics.

Ahead of what should be an interesting match at Anfield, we spoke to Sheffield Star writer Danny Hall (@dannyhall04) to get the view from Bramall Lane.

Sheffield United are eighth in the Premier League – how delighted are you with the season so far? 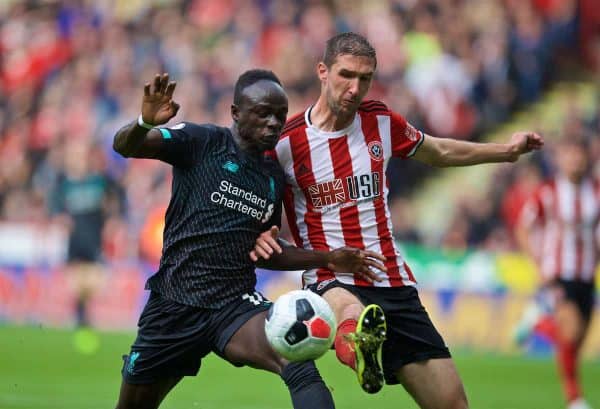 It has been remarkable, not just the results they have picked up but the manner in which they have been achieved.

Sheffield United have shown no fear whatsoever so far this season, no matter who the opponents, and we are over halfway through the season.

They haven’t been outclassed for a full game yet, which is incredible considering so many thought relegation was on the cards.

What is Chris Wilder doing that is so special?

I think it goes back again to having no fear, as well as getting his tactics right more often than not.

United’s players follow Wilder’s lead in every way, and while they have been respectful of every team, they have also seen them as what they are: human and beatable.

That is the key to his success.

Which players have stood out most for the Blades? 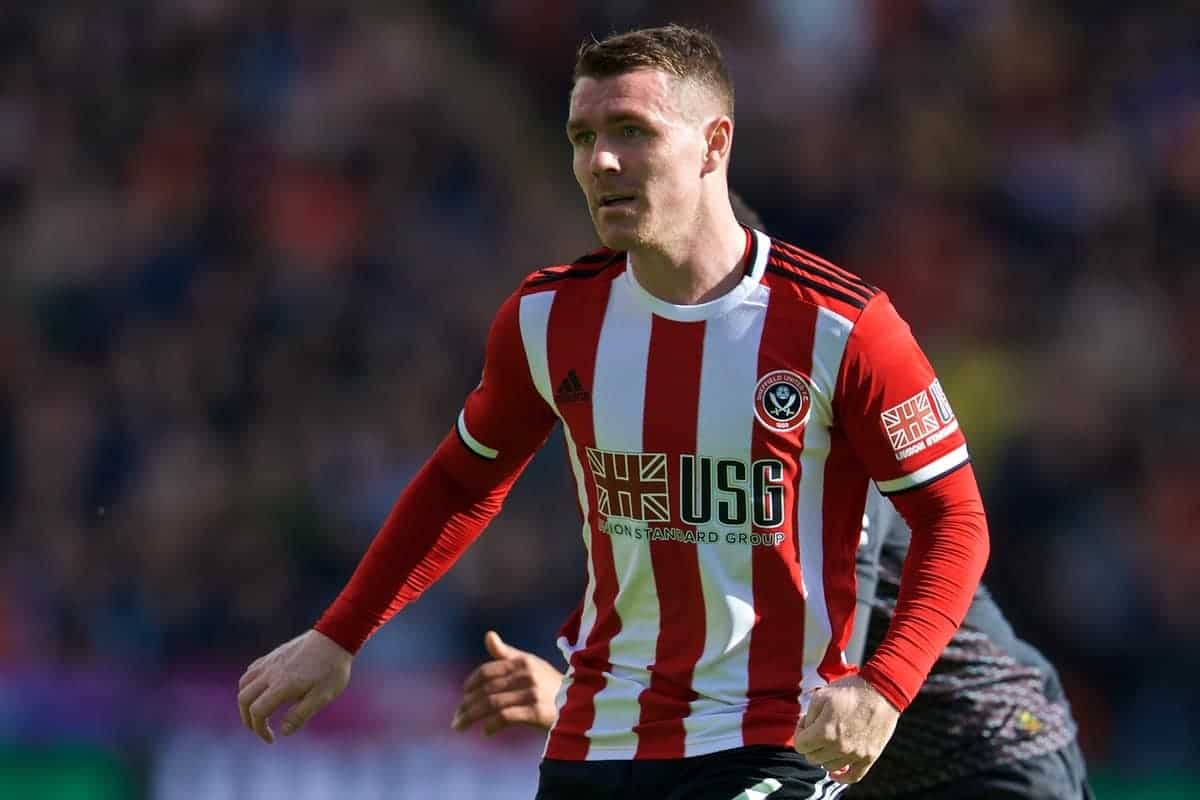 So many have made the step up so it would be impossible to single one out, but John Fleck was incredible against Man City on Sunday.

He will be looking to keep that going against Liverpool—another huge chance for him to showcase his talent.

It is difficult to find the words to do it justice, that’s how good Liverpool have been.

They just seem to find a way to get the job done, no matter who they are playing and even when they are not playing as well as they would like.

They had a stroke of luck at Bramall Lane earlier in the season, though, when Gini Wijnaldum‘s volley squirmed past Dean Henderson. 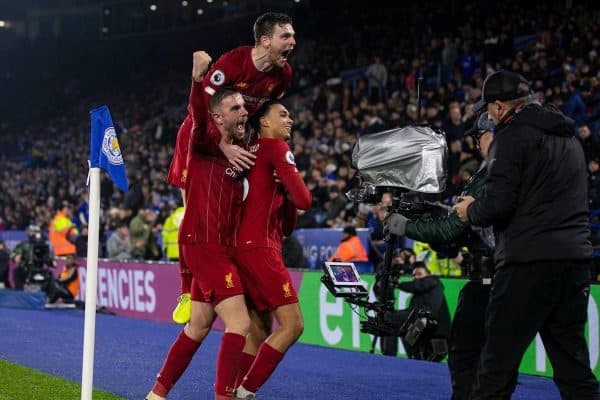 That relentlessness is the most impressive thing, from afar.

To have so much success and keep the machine just rolling along says a huge amount about the mentality Jurgen Klopp has instilled in his players.

When I spoke to you at the start of the season I tipped the Reds to win the title, and I think they might as well be handed the trophy right now.

Who do you fear most for the Reds on Thursday?

That front three of Mohamed Salah, Sadio Mane and Roberto Firmino is the obvious answer, but Trent Alexander-Arnold is such a threat from deep.

To play as he does, at such a young age, is remarkable.

The scary thing is that he might get even better in the coming years, as he matures as a player.

Liverpool’s attacking trio against United’s back three is going to hold the key to the outcome at Anfield, in my opinion.

United managed to shackle Salah, Mane and Firmino at Bramall Lane earlier in the season and will need to do so again if they have any chance of taking anything back to South Yorkshire.

I’ll stay on the fence for this one.

The footballing world will be expecting a home victory, but I wouldn’t fall off my chair in shock if United managed to nick something from the game, especially if they continue their performance levels from the City game.