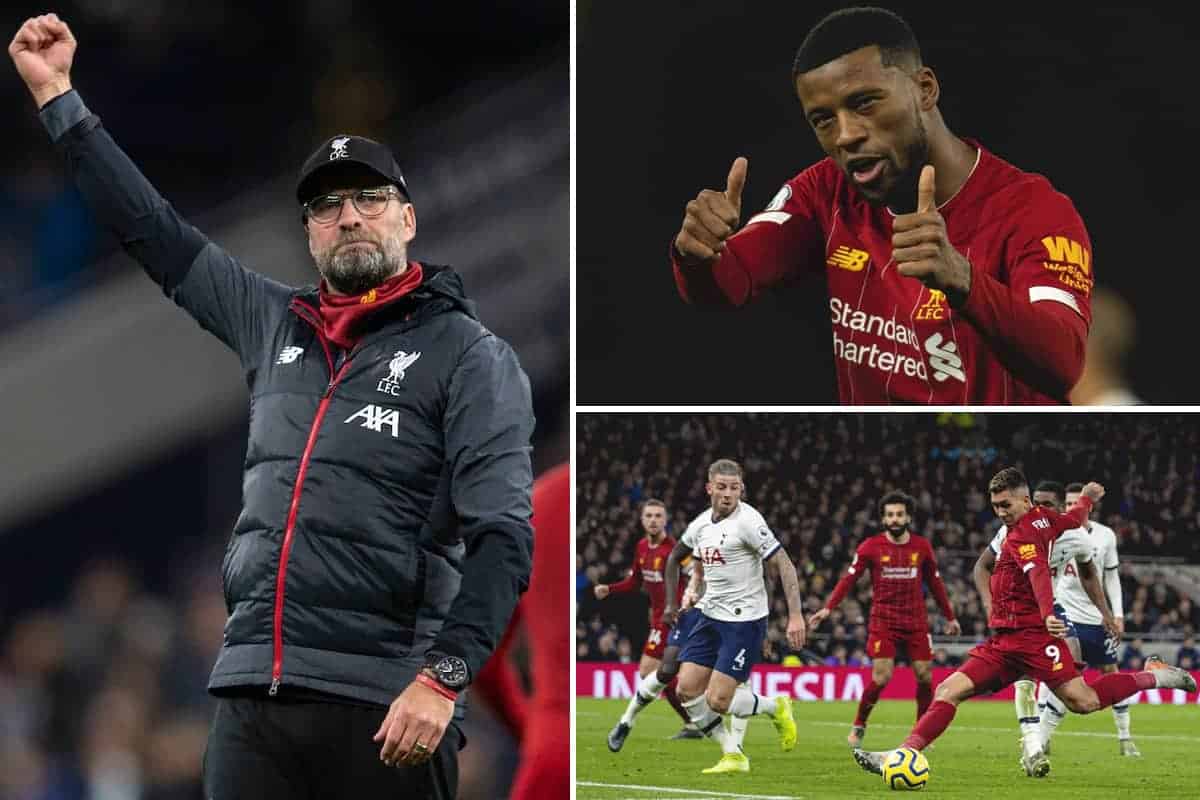 Liverpool just keep on going, like a relentless footballing machine driving towards their first title in 30 years—which is exactly what they are.

Jurgen Klopp won’t have the talk about records raised, but like it or not his Liverpool side broke two in 90 minutes.

The Reds’ 1-0 victory over Tottenham set a new high for winning starts achieved in England. Not bad.

However, Liverpool’s 20 wins and one draw from 21 games is also the best start to a season in any of Europe’s top five leagues.

It wasn’t a textbook performance but the history books will show three more points; that’s 88 out of the last 90 on offer in the Premier League.

In short, Klopp has built a phenomenal side—surely the league title is all but there in waiting?

Liverpool’s prowess was on display from the second minute, with Alex Oxlade-Chamberlain hitting the post when the goal beckoned after Roberto Firmino had his effort blocked on the line seconds before.

It set a tempo that Tottenham found hard to deal with. 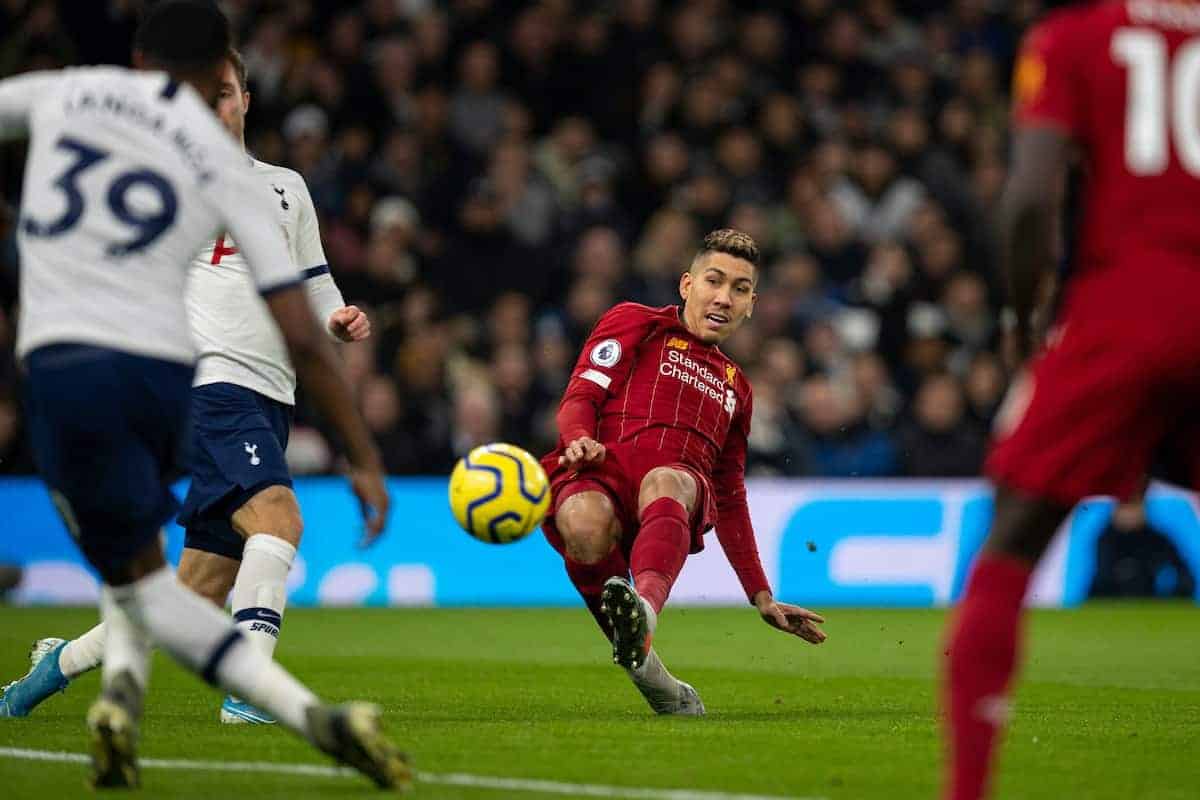 Firmino fired the all-important goal from a similar position to that of Divock Origi in the Champions League final. Spurs once again looked rocked. 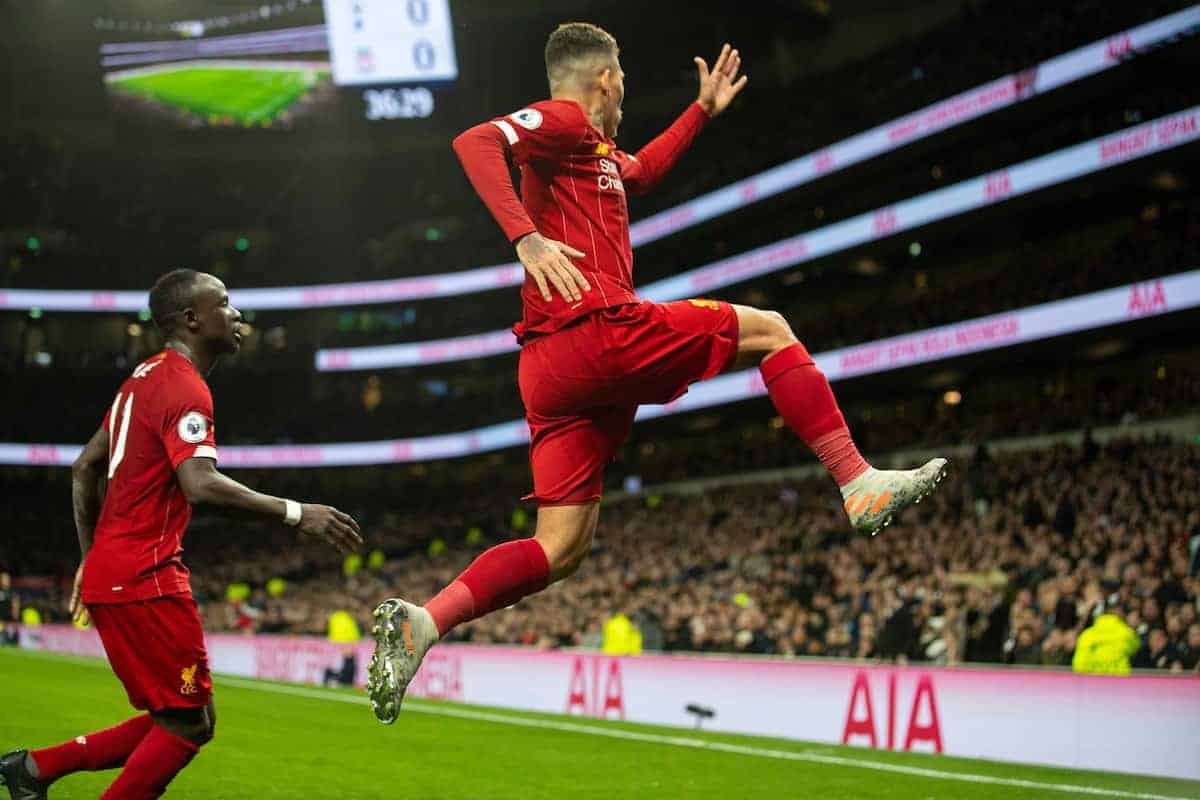 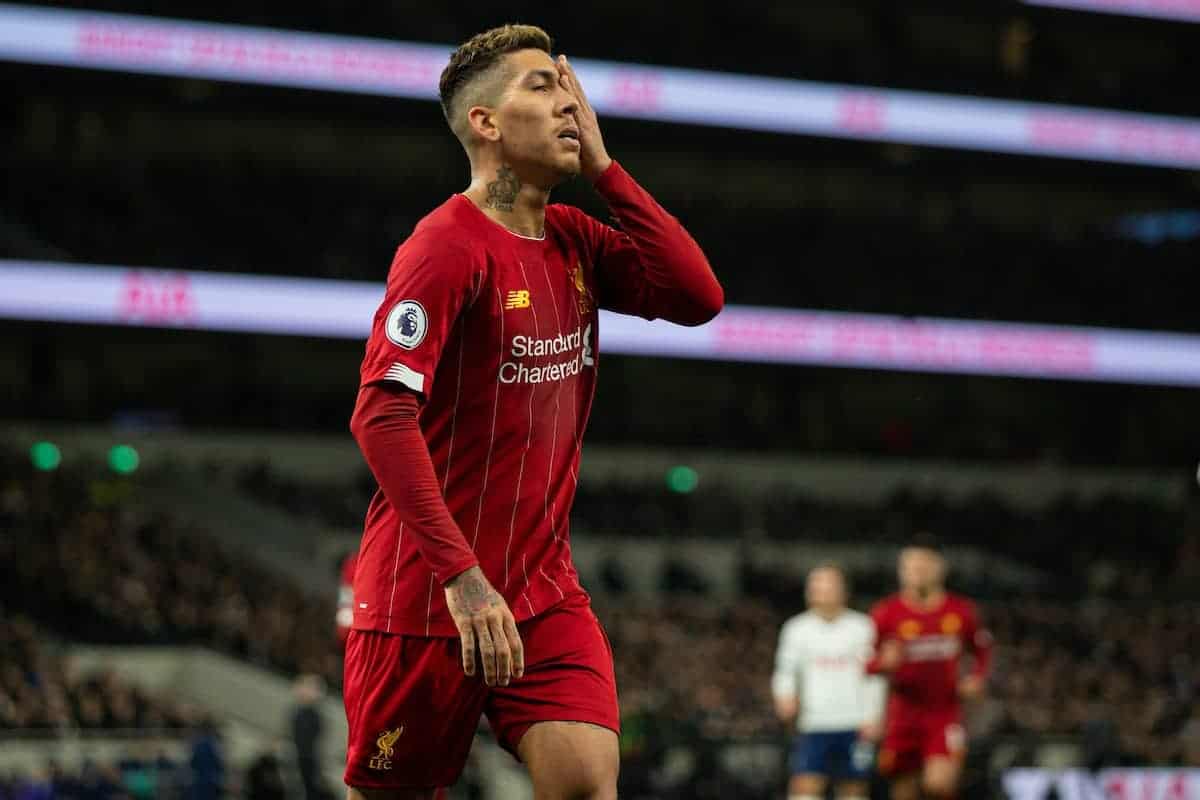 The Reds should have been out of sight by half-time, but some lacklustre shooting let them down, as did a tendency to overplay in the final third.

But we’re just getting into the microscopic levels of criticism here—bar two late chances for Jose Mourinho’s side Liverpool dominated from start to finish. 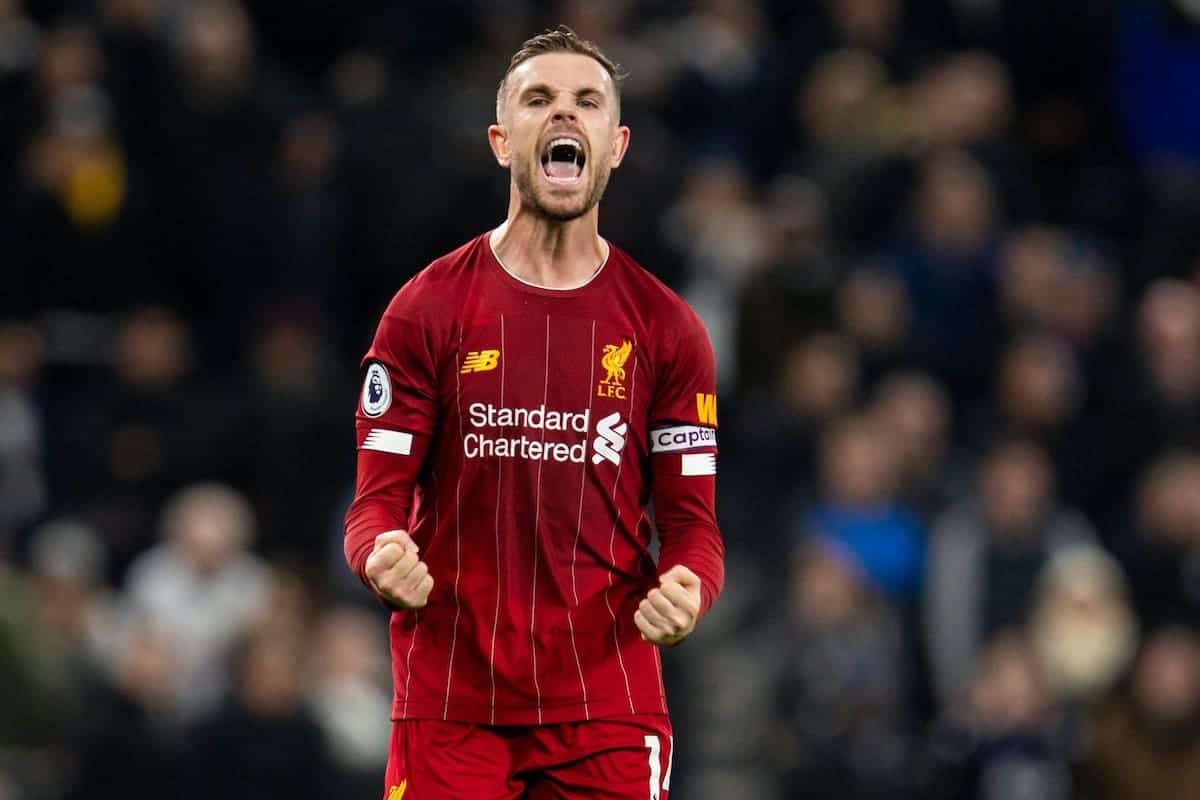 Klopp’s side now sit 16 points clear at the top of the table; all Liverpool can do is keep winning—it’s become a habit, and a hard one to kick.

Next up for the champions elect are old rivals Man United—the only team to take points off the Reds this season in the Premier League.

What are the chances of that happening again? Few would bet against the best team in the world getting another three points.